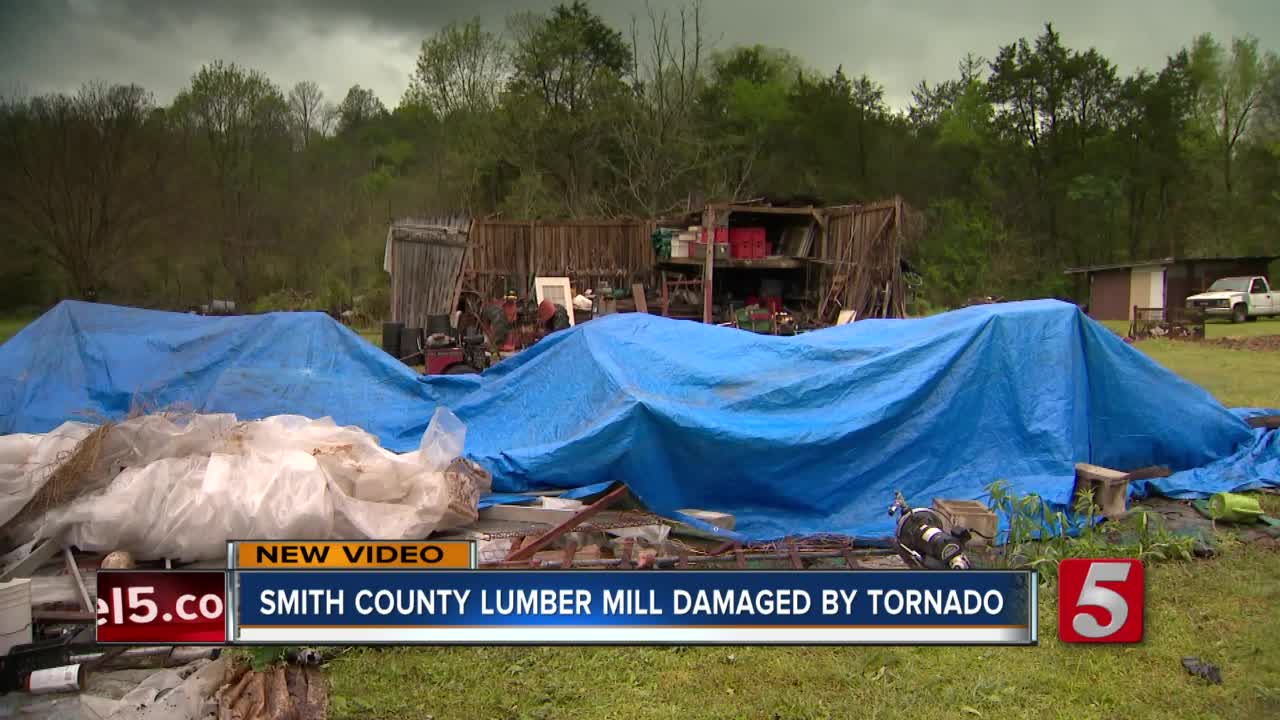 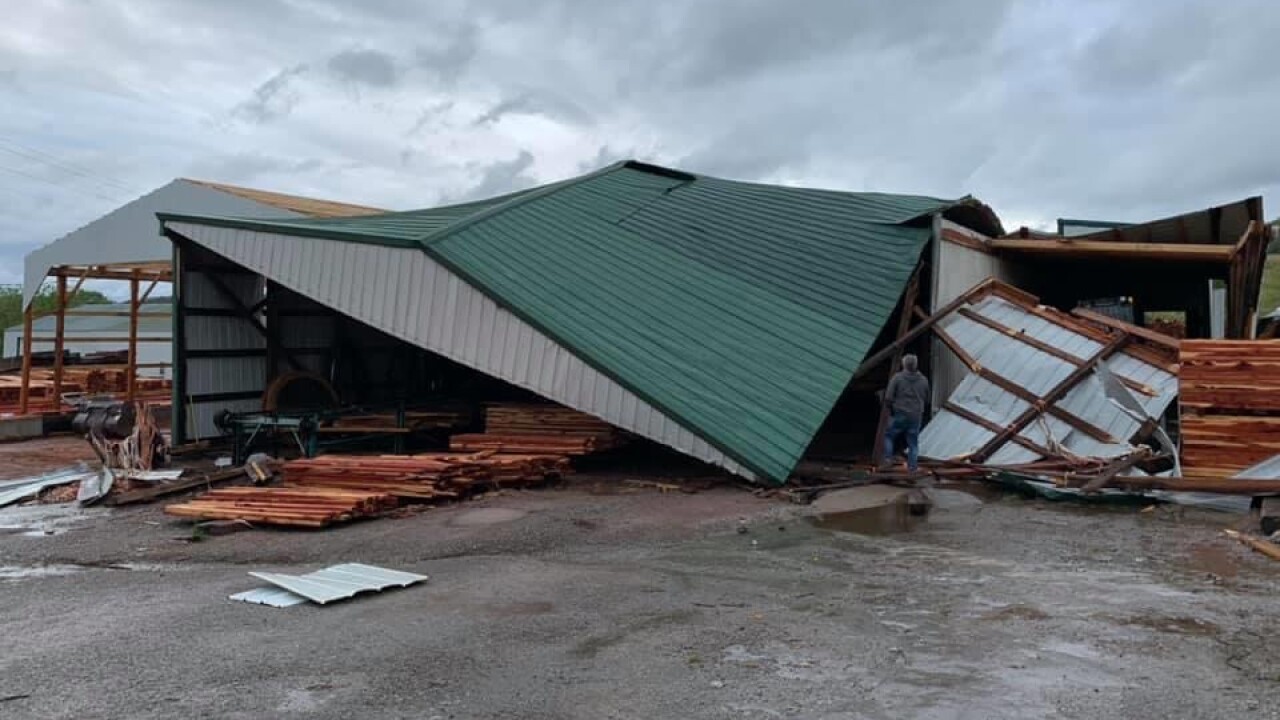 In March, the Grant Cedar Mill on Grant Highway was hit by an EF3 tornado, and then on Saturday it was in the path of an EF1 according to the National Weather Service’s
preliminary report. Jerrell and Richard Smith have been rebuilding their mill, and now history is repeating itself.

“In March we lost two buildings pretty much completely, and with this one our sawmill building pretty much collapsed on itself, and then we had some tin blown off our lumber shed,” Smith said, “Sad for the buildings.”

Several other properties were damaged as it’s believed the tornado traveled nearly 4 miles with up to 90 mile-per-hour winds.

It started in Watertown, crossed I-40 where multiple tractor trailers were overturned, and ended somewhere near Grant Highway according to the report.

Smith said, “This building was complete collapsed in that end, the 6 x 6 post had been taken out completely, and it took this down so we took our loaders and picked it back up, we’ve kind of got it braces by some 6 x 6’s and packs of lumber.”

Despite the damage, the Smith family is staying optimistic.

“Really crazy year and we’re just thankful that nobody here, customers, employees, family, nobody’s been sick with the virus or hurt from the tornadoes," Smith said, "That’s really all that matters.”

The mill was open from 8 to noon on Saturday so it was closed when the storm hit. They have some more cleaning to do on Monday but plan on being fully operational by Tuesday.