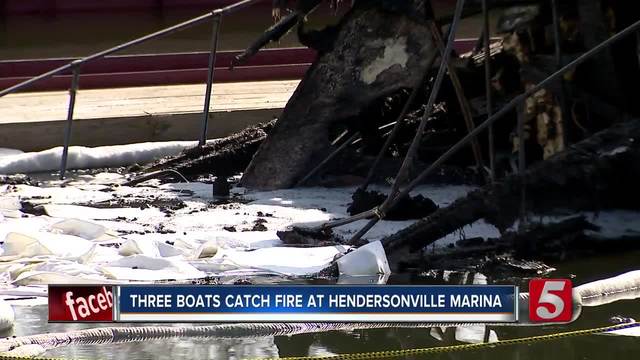 Hendersonville firefighters are investigating the cause of a boat fire at Drakes Creek Marina late Thursday. 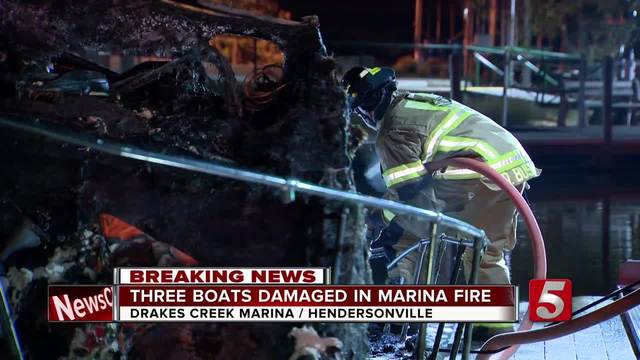 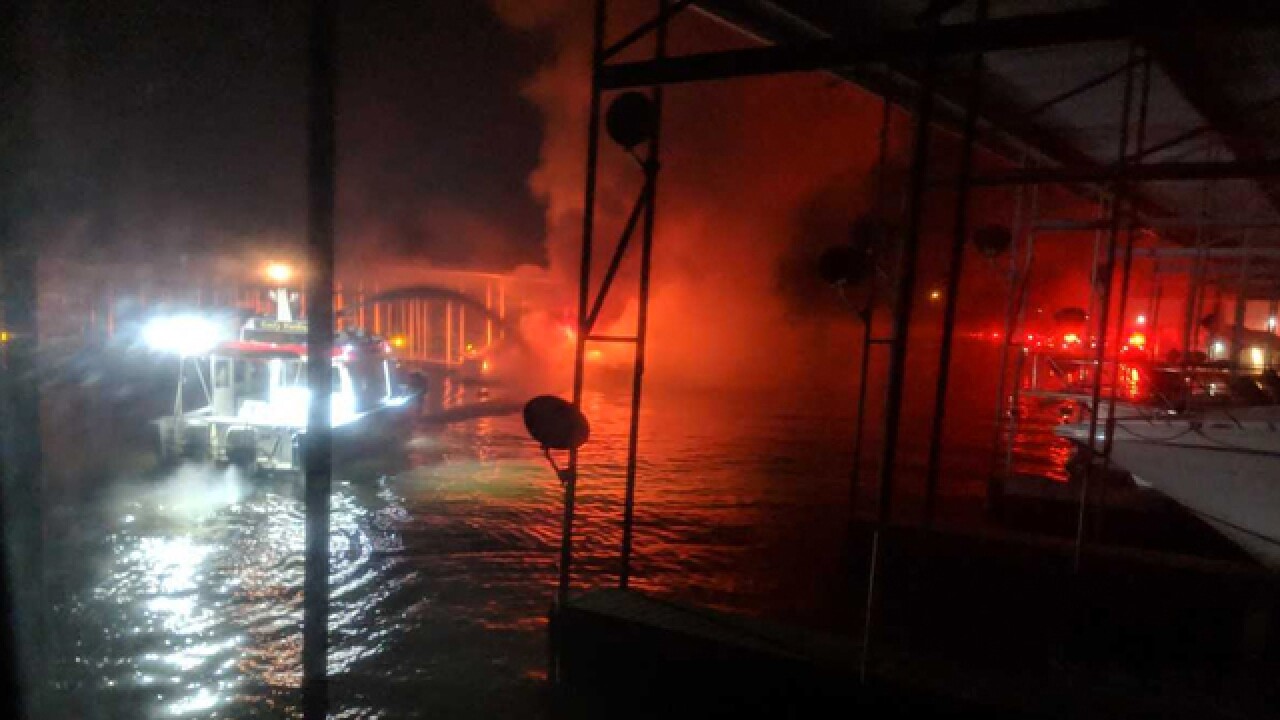 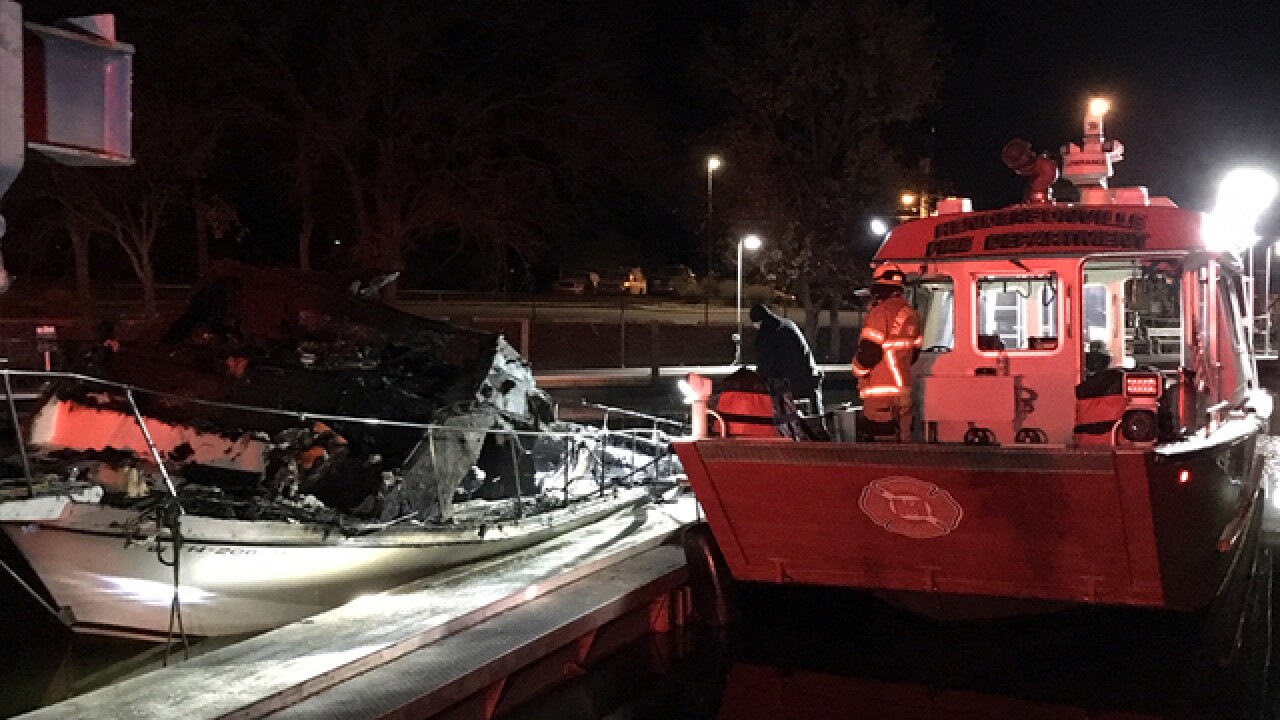 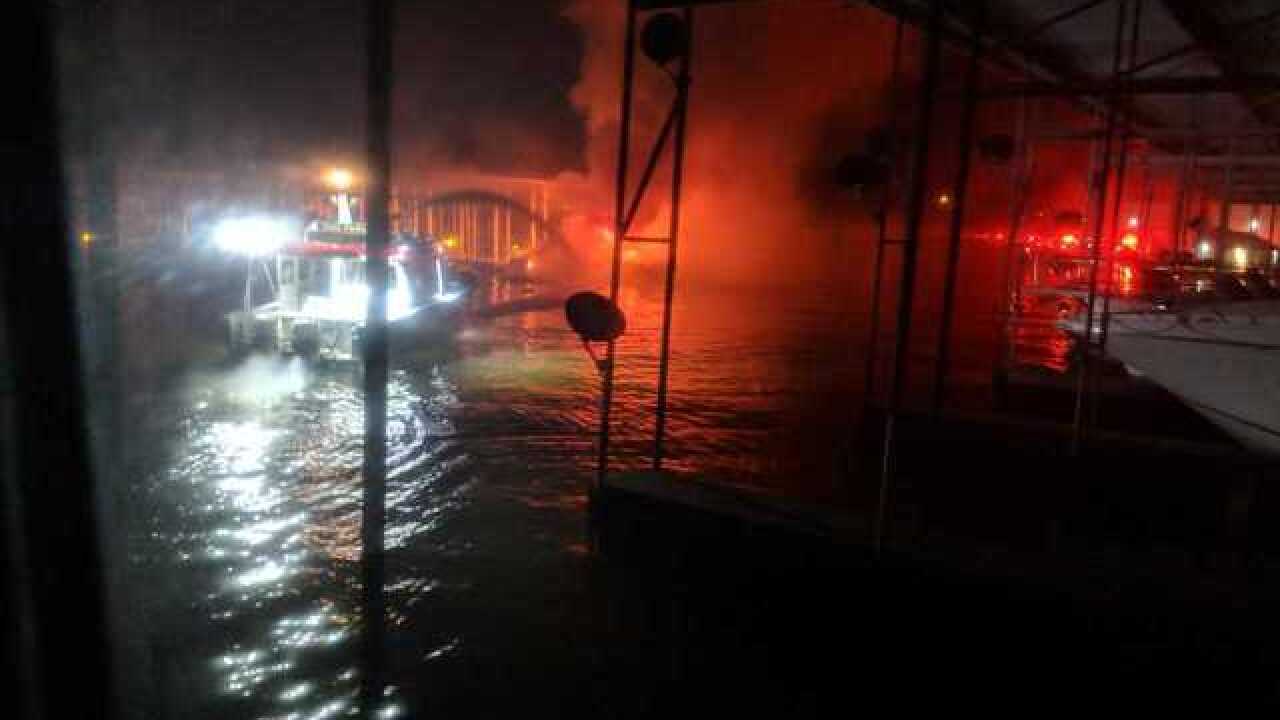 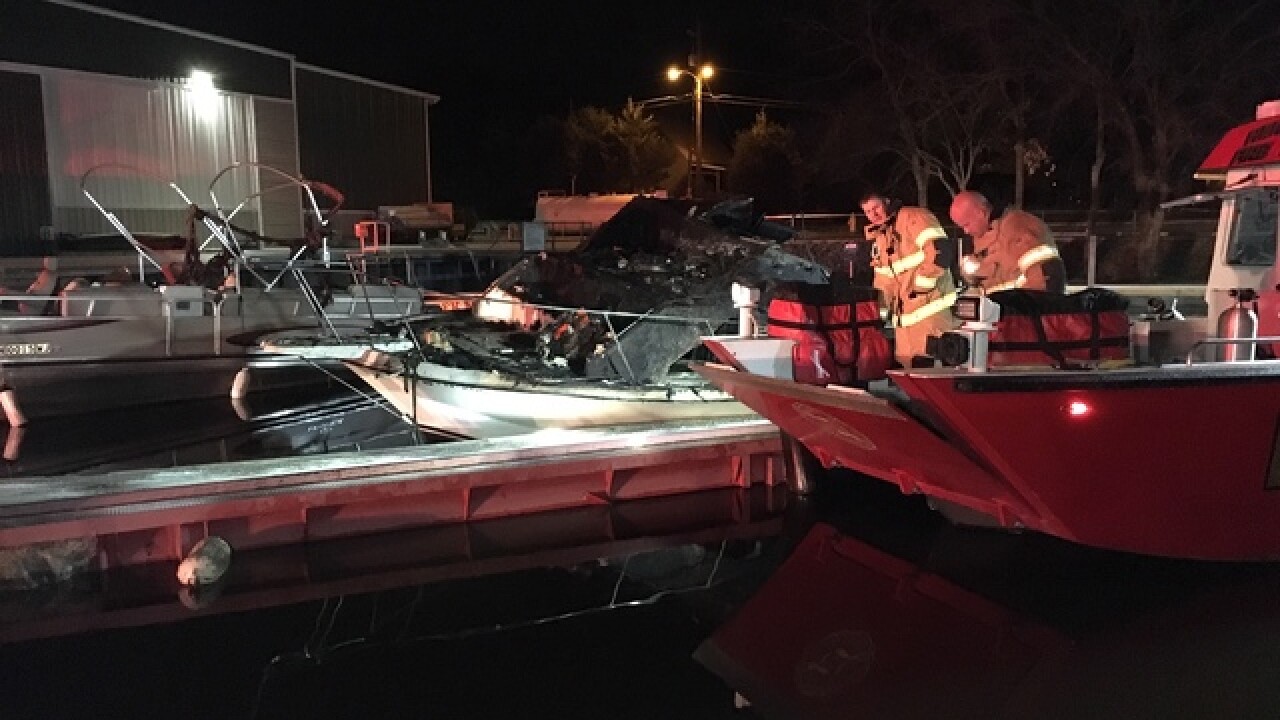 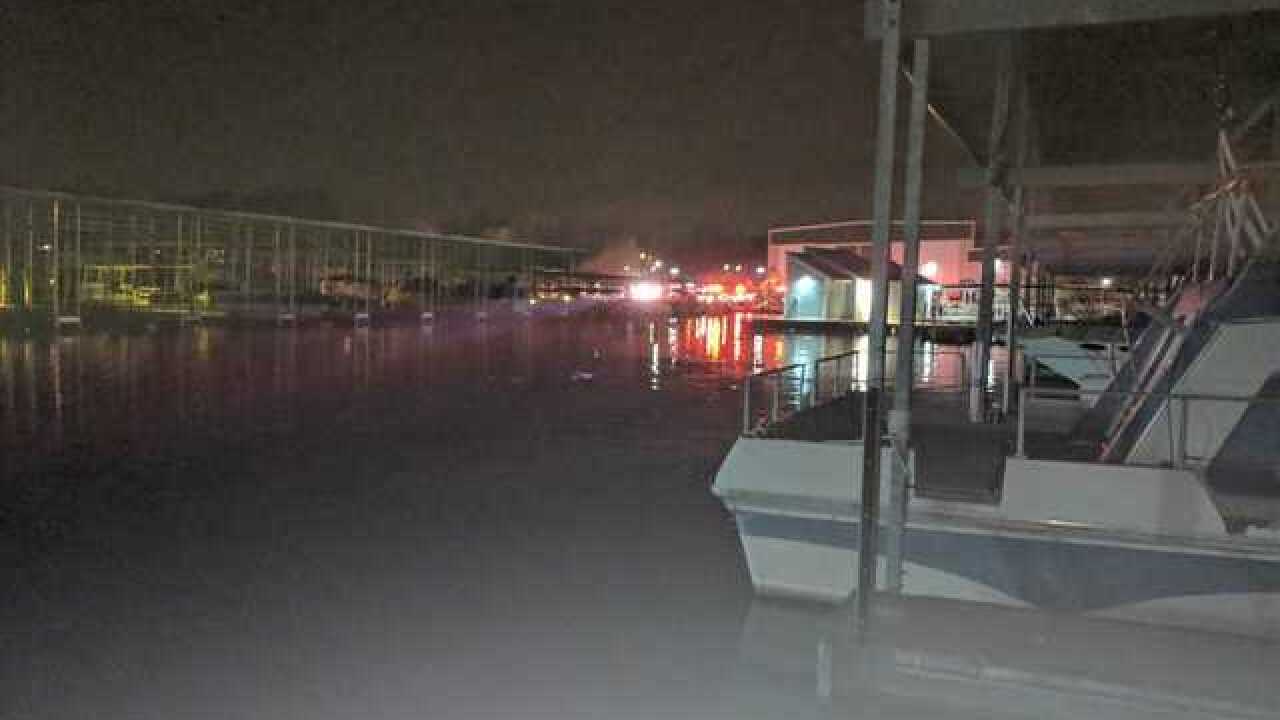 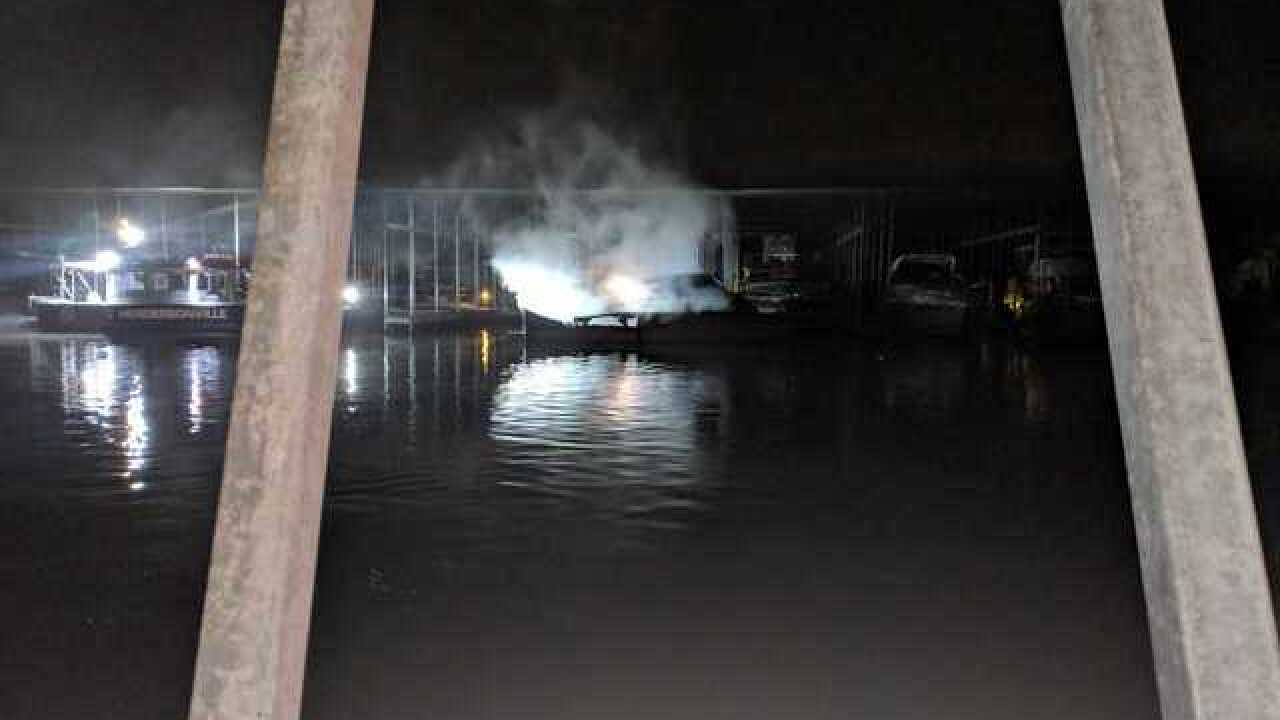 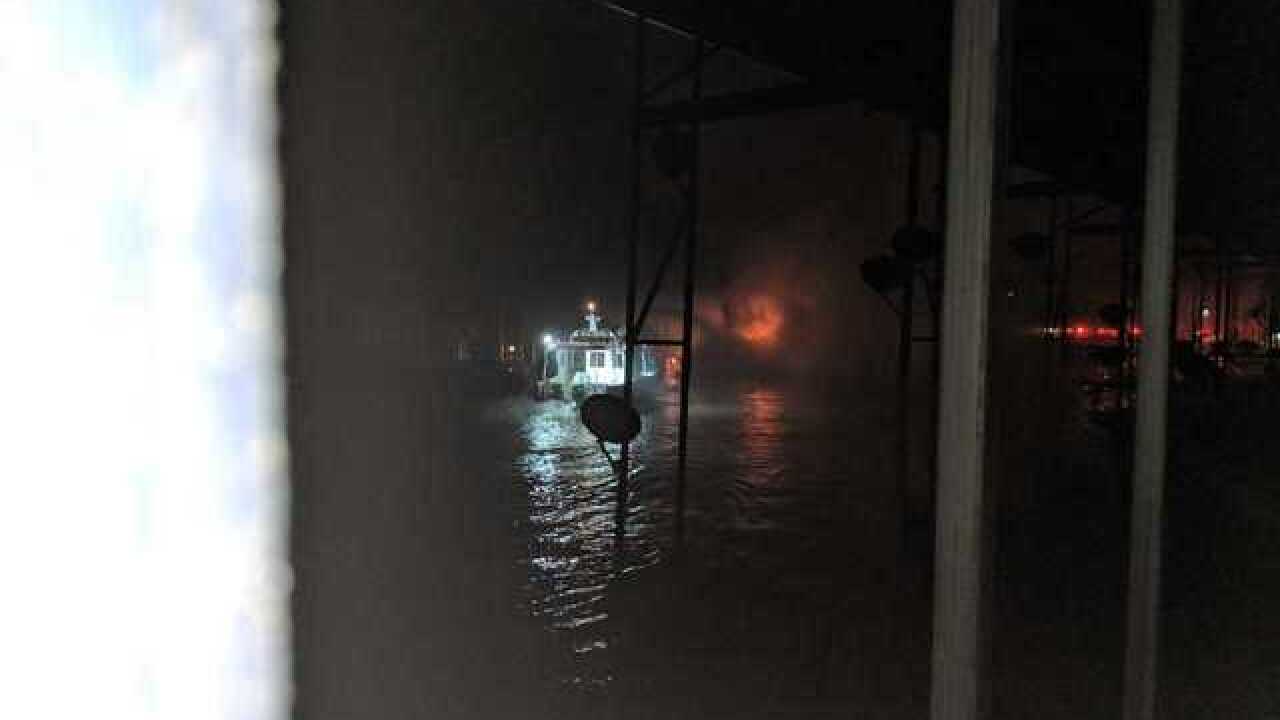 Hendersonville firefighters are investigating the cause of a boat fire at Drakes Creek Marina late Thursday.

The fire started on one of the boats before midnight.

According to Division Chief Gabe Hannah, there was a man and his dog on the boat when the fire started. The man was able to get them both off of the boat and called 911 for help.

Thankfully, Chief Hannah said the fire happened on the same dock at which the Fire Department docks its boat. It didn't take long to get the fire boat to help put out the flames, Hannah said.

In all, three boats were affected by the fire. One was destroyed, and two others were damaged by the flames or heat.

According to the Fire Department, part of Dock A will be shut down to the public for repairs.

The cause is still not clear.

"It's going to take us a little bit to see," said Hendersonville Fire Chief Scotty Bush. "We're in the middle of it and we'll go from there. Of course, where the actual fire started and this is what you get to do your investigation on. It's submerged in water and foam and so much other stuff on it. It will take it a little while to get it out and sift through it."