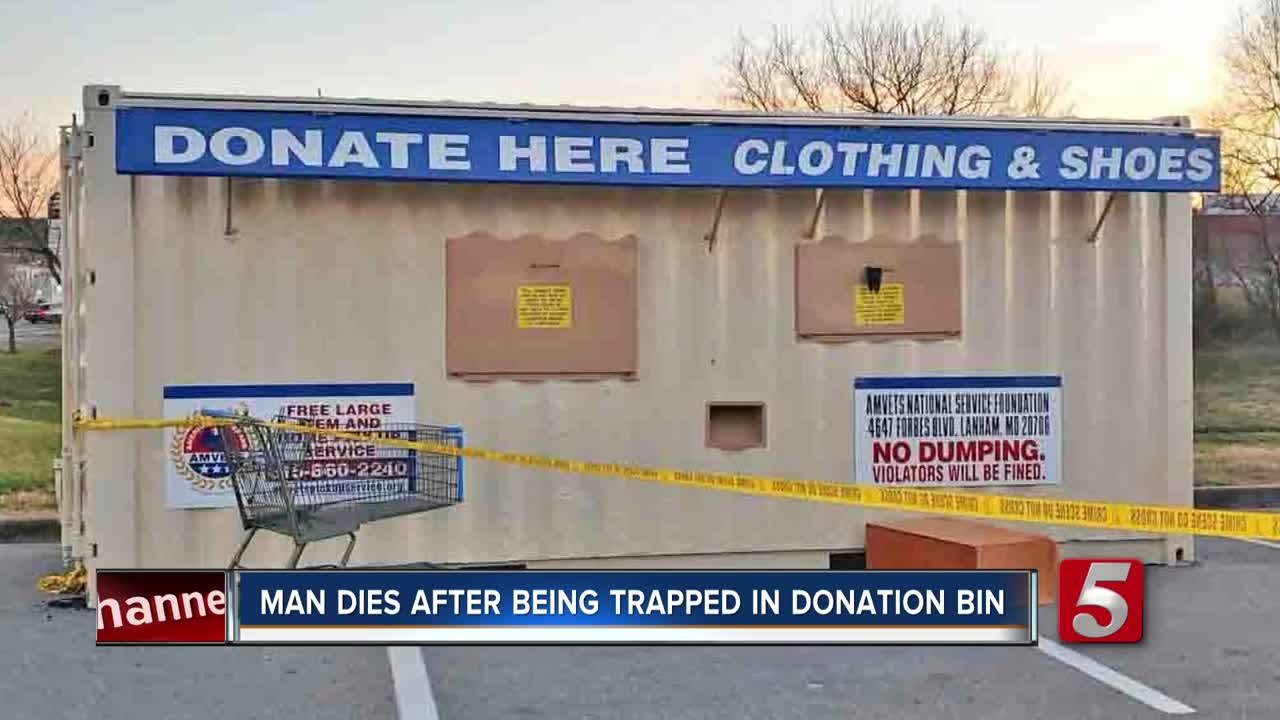 A man was found dead inside a donation bin in Clarksville Sunday afternoon. 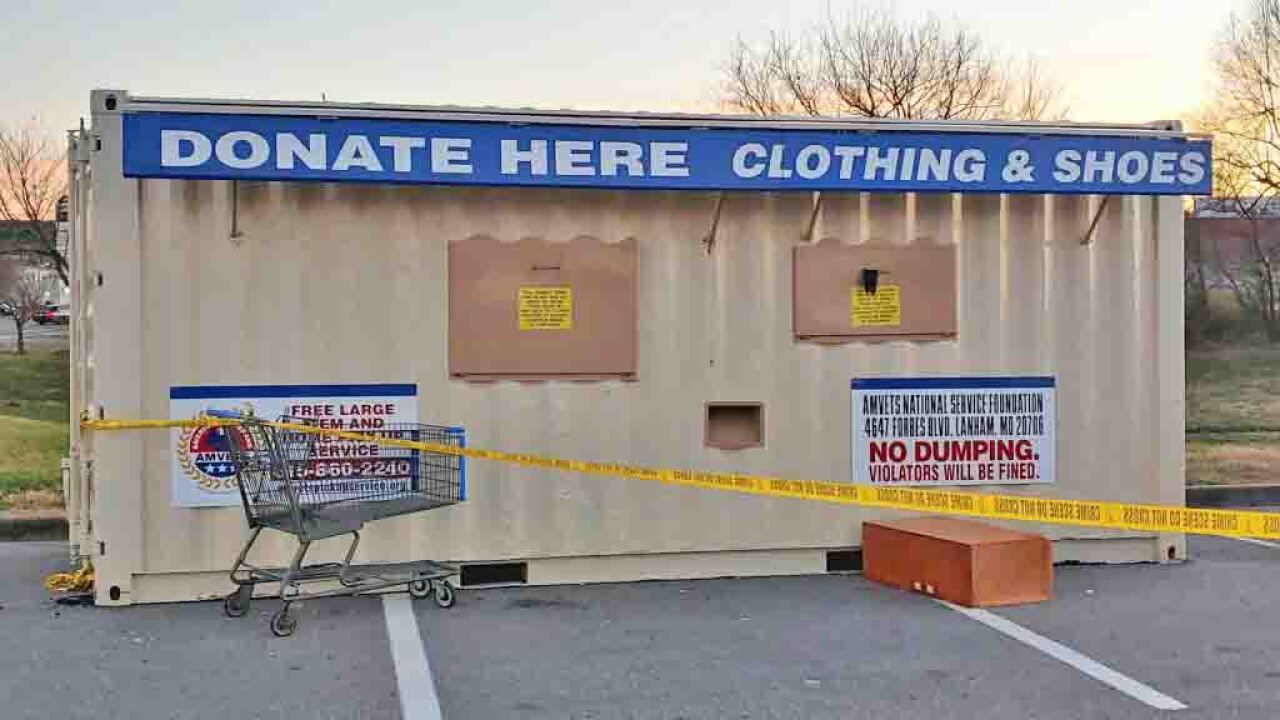 CLARKSVILLE, Tenn. (WTVF) — A man was found dead after being trapped in a donation bin in Clarksville.

Clarksville Police officers responded to a call right before 4 p.m. on Sunday about a man who was stuck inside a clothing donation bin at 3050 Wilma Rudolph Boulevard. At the scene, they found a 48-year-old man's body sticking out from the bin. They removed him, and pronounced him dead.

A passerby who did not want to be identified by her last name said what happened is terrible.

"Well, I’m really sad, I’m sorry that he couldn’t have found someone to help, or perhaps he just slipped in there, I’m not sure," Patty said, "It’s a tough thing."

People in the Walmart parking lot off Wilma Rudolph Boulevard saw the commotion, and weren't sure what was happening. It's unclear why the man got stuck, and how long he was in there.

"I just seen police cars over there," David Lovitt said, "That’s the first time I ever seen it."

People are wondering if the man was donating, stealing, or seeking shelter in the storage container. All the donated shoes and clothes go to the American Veterans National Service Foundation. Executive Director Joe Chenelly issued a statementing saying:

"The entire AMVETS family is saddened by this loss of life. We send his family our deepest condolences. They are in our prayers."

Chenelly said if citizens drop something, or need help, they can call the number posted on the outside of the container.

According to police, foul play is not suspected at this time. It's a tough incident to come to terms with for the man's friends and family. His identity has not been released.

"I’m sure they’re very embarrassed and sad for him," Patty said.