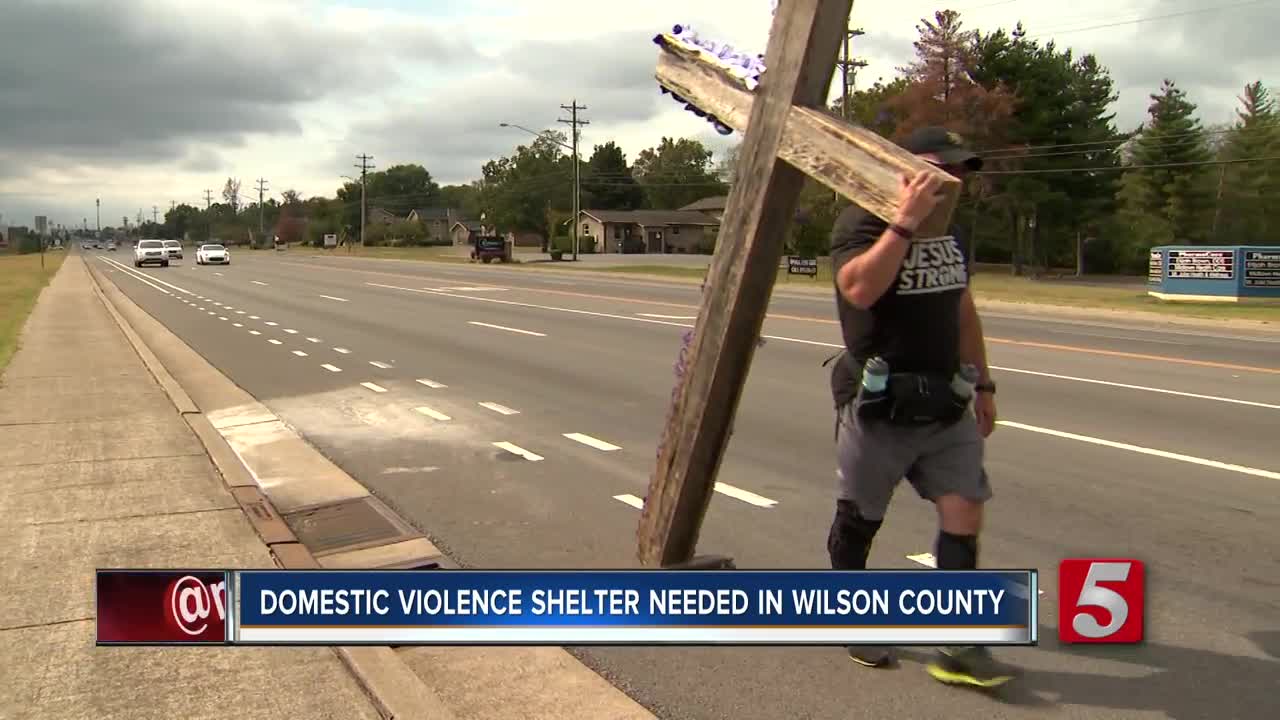 A man pulled a cross nearly 50 miles to raise awareness about the need for an emergency domestic violence shelter in Wilson County.

MT. JULIET, Tenn. (WTVF) — A man pulled a cross nearly 50 miles to raise awareness about the need for an emergency domestic violence shelter in Wilson County.

"We needed to do something visual to get the word across," David Ashley said, "1 in 3 women, 1 in 5 men. It’s prevalent, but we seem to have normalized it."

When David and his wife, Holly, moved to Wilson County from Arizona a year ago, they realized there was a need for an emergency domestic violence shelter.

Holly Ashley said, "We’ve got to get these women to safety, and we can’t take them out of their church, we can’t take them away from their family, we can’t yank these kids out of school so that we can put them at a shelter in Nashville, that causes so much more psychological damage, we need a shelter here."

"Actually take on their fight for people who can’t fight for themselves," Ashley said.

While domestic violence victims can go to non-profits in Nashville or Gallatin for help, sometimes that's difficult due to transportation obstacles. Holly said she's met with local law enforcement officials about it.

"Everyone kept saying the same thing over and over, you’ve got to start a shelter. We need a shelter," Ashley said.

As David walked up and down North Mt Juliet Road on Sunday, he carried with him purple ribbons for the survivors, and black ribbons for domestic violence victims who didn't make it. David and Holly hope a shelter will be built in Wilson County soon so it can save lives.

If you need help getting out of an abusive relationship, you can call the Tennessee domestic violence helpline at 1-800-356-6767.