Man shoots deer that had other buck's head stuck in antlers 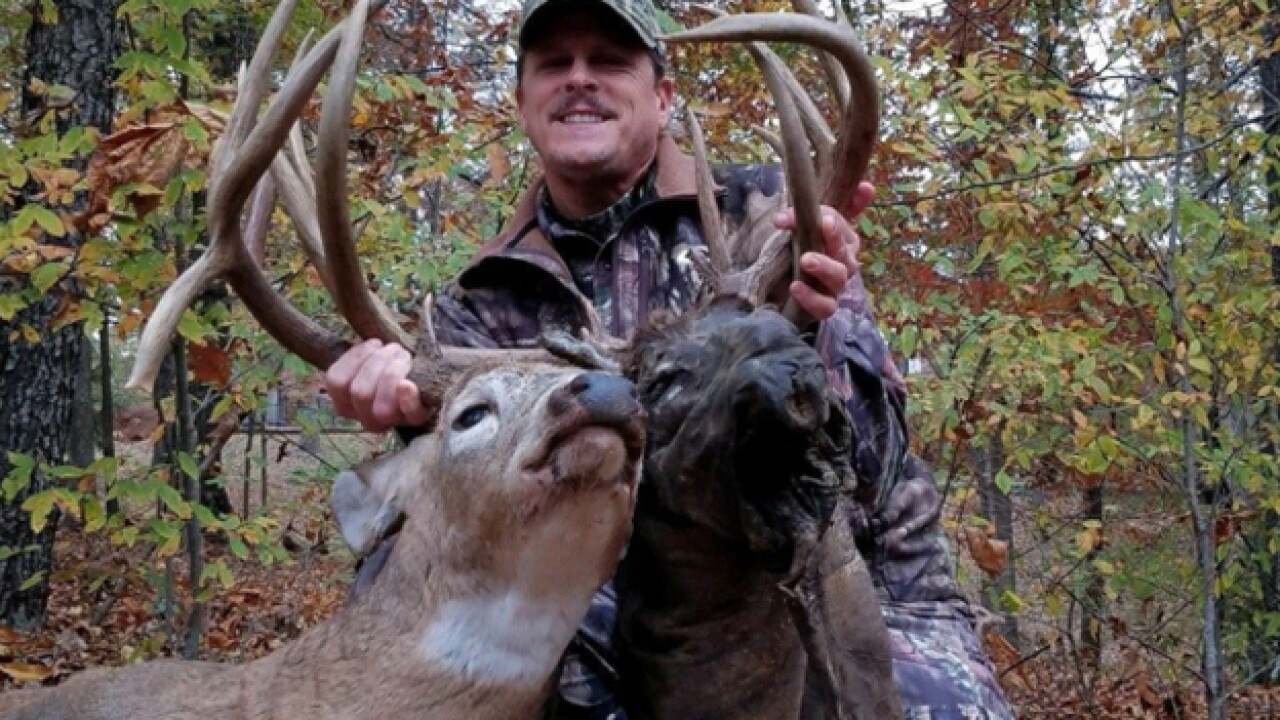 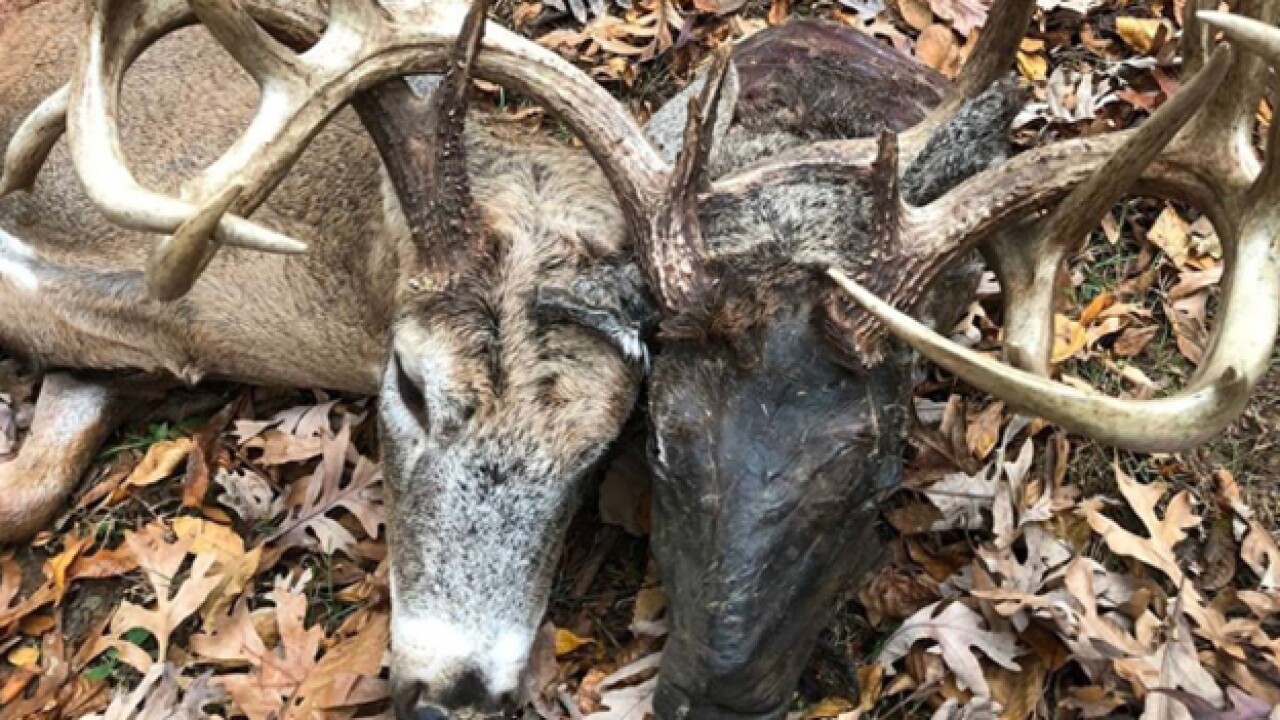 A Kentucky hunter killed a buck that had another deer's decomposing head still attached to its antlers.

The state Department of Fish and Wildlife Resources posted a photo on Facebook last week of Bob Long holding his unusual prize.

The antlers of the deer Long shot in Ballard County this month were tangled with the other deer's. The recently shot buck's head was still attached, but the decomposing head was missing a body.

Department Sgt. Tony Dunker told a local TV station that he suspects the bucks locked antlers in a fight over territory or mates and after one died its body decayed for weeks to the point where the head separated.

Long is hoping that his trophy of the interlocking bucks looks the same way the animal did when he killed it.