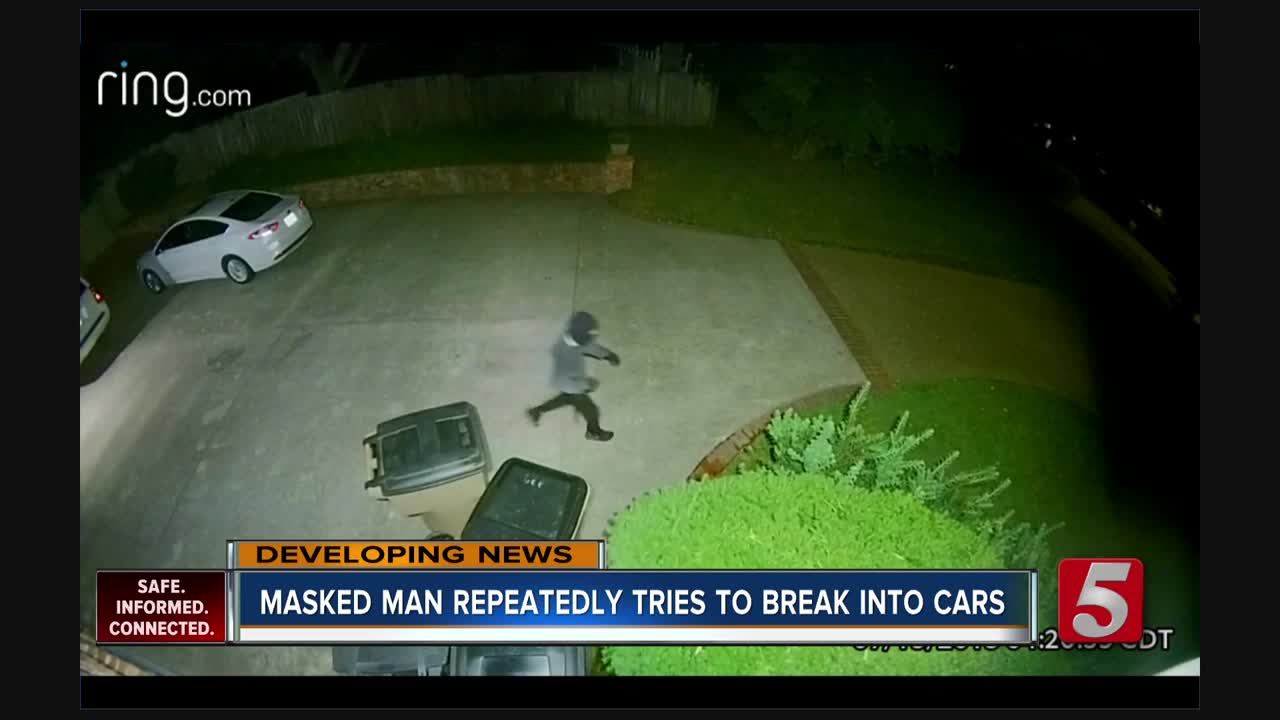 A man is wanted by police for repeatedly trying to break into the same cars in the Hillwood are of Nashville. 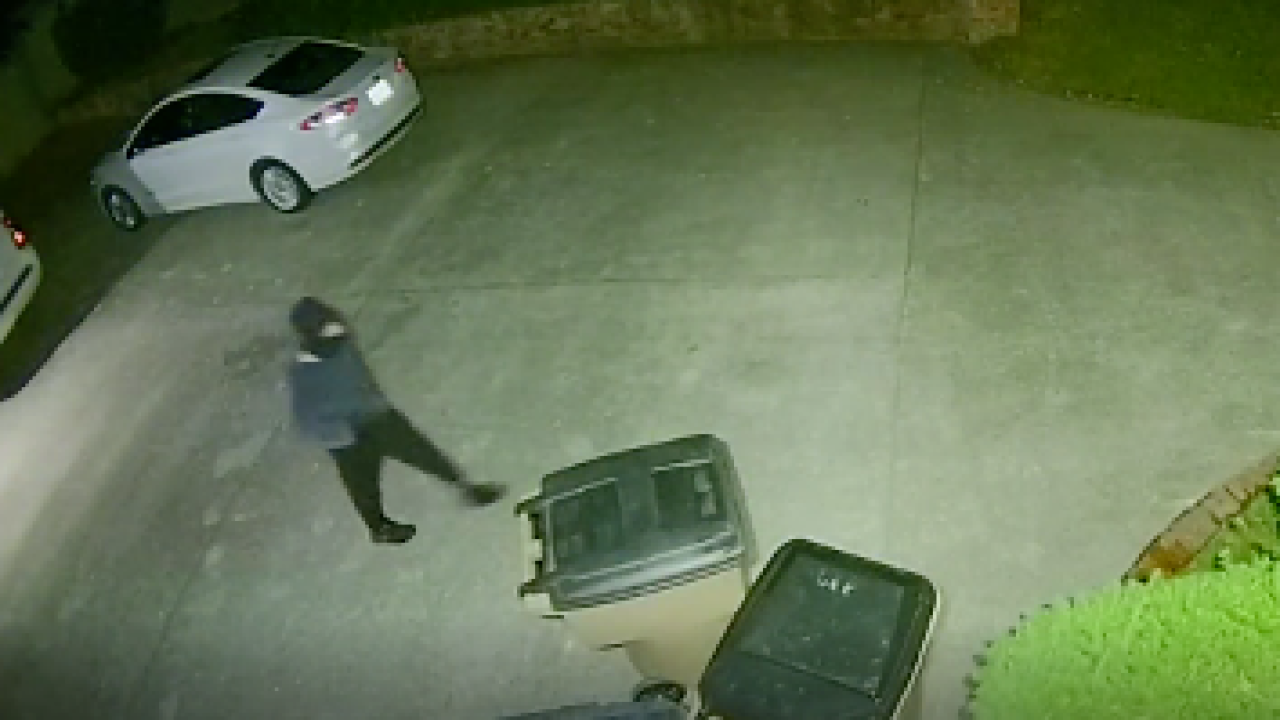 NASHVILLE, Tenn. (WTVF) — A man is wanted by police for repeatedly trying to break into the same cars in the Hillwood area of Nashville.

Multiple people have caught the man on their home surveillance cameras. He can be seen wearing a black mask and sometimes wielding a long flashlight or crowbar prowling around people's driveways and yards late at night.

Police said they're actively looking for the suspect but they don't know who he is other than he is male and white.

"The police were here last night," said Connor McKay, who lives across the street where some of the surveillance footage was taken. "They said someone was walking around here last night. So, they came to check on us because our garage door was open and I don't remember leaving it open when I went to bed."

McKay said the police believed the suspect may have been inside.

The home where the surveillance footage was taken had been burglarized at least once before in June. The owner said someone came in the house and stayed for two hours looking for valuables while the owners were away.

Police with the West Precinct said it's rare to have a suspect repeatedly target the same homes and vehicles over and over again.

Neighbors shared video and warnings with each other Monday of the incident.

A community meeting will be held Tuesday night at 6:30 at Brook Hollow Baptist Church.