New information raises even more questions about Mayor Megan Barry's need for police security during her two-year affair with her bodyguard. 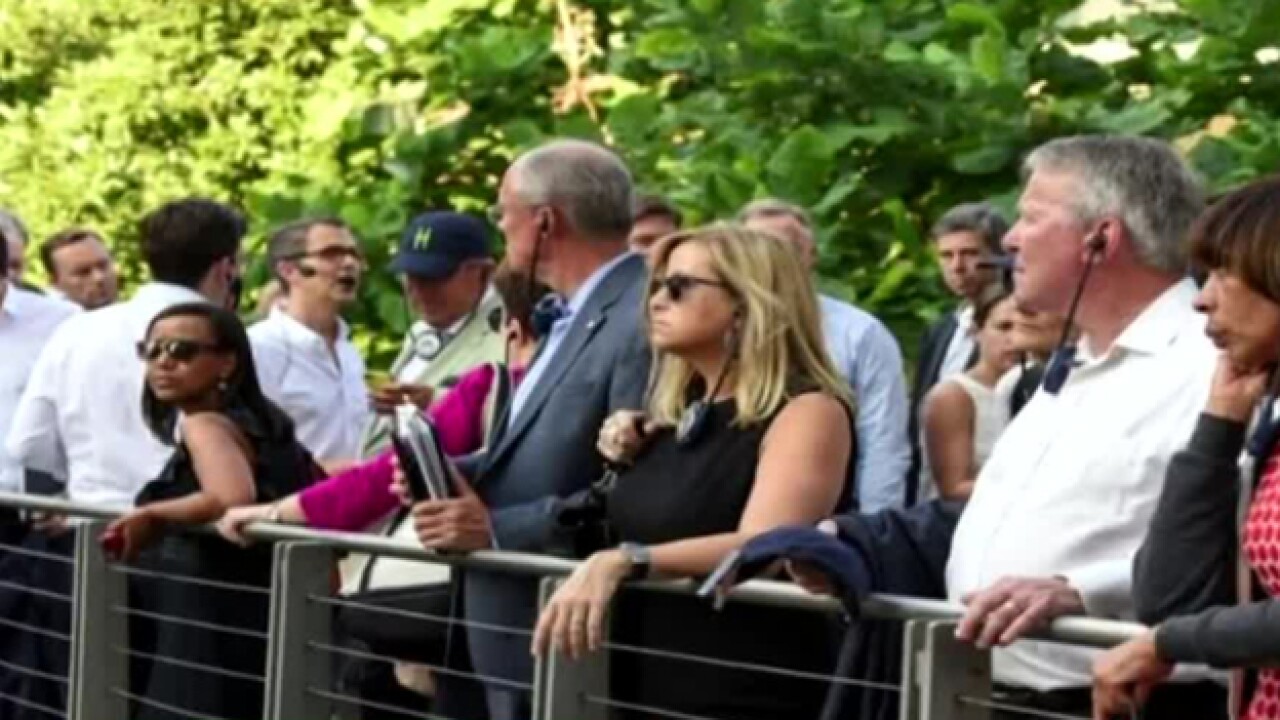 New information raises even more questions about Nashville Mayor Megan Barry's need for police security -- security that you paid for.

It follows the mayor's admission last week of a two-year affair with the head of her security detail.

Late Monday afternoon, the mayor's office released new details about her travel and her use of security, in hopes of convincing the public that she did not abuse taxpayer money.

The documents show that, during the first year of her administration, Barry traveled alone to Boston, New York, Washington D.C., Oklahoma City, and Phoenix.

There were other trips -- to Los Angeles, for example -- where she traveled with other staff members, but no security.

Her first out-of-state trip with Forrest -- as well as other city officials -- was to Minneapolis in April 2016.

But in 2017, for the first time, Barry and Forrest started traveling alone together, when they took nine trips, including to Athens, Greece and Paris, France.

In a statement, the mayor's office cited security concerns.

"This was based on the recommendations of the Police Department that Mayor Barry have police detail on all official business trips, increases in terrorist attacks and mass shootings both domestic and international, and because we had an opportunity to learn what worked best in terms of logistics for travel," the statement continued.

Meanwhile, we're learning more about Rob Forrest's overtime that you paid for.

It turns out, the time he spent with Mayor Barry made him the second highest-paid person in the Metro Police Department.

In fiscal year 2017, Chief Steve Anderson made the most, earning $209,806, according to Metro government records.

Metro police spokesperson Don Aaron confirms that Sergeant Forrest police-issued smartphone has now been turned over to the TBI.

Presumably, investigators will be looking for text messages and other evidence.

Still, the mayor's office insisted there was no misuse of funds.

“As the Mayor has acknowledged, it was inappropriate to start and continue this relationship, but we believe that any and all expenses incurred by either Sgt. Forrest or Mayor Barry were in the course of normal business," the statement said.

You can see what the administration says is the mayor's complete travel schedule here. Her travel expenses are documented here.

Here is the full statement:

“We appreciate the patience of the media and public as we have been working to compile information and records that have been requested by the media. We wanted to get the information out as quickly as possible but also as accurately as possible, and that has taken some time.

“We have been compiling expense reports, receipts, schedules, and other documents that will provide more information to those who want to know whether any taxpayer funds were used in relation to this affair.

“What the records show is this:

“Mayor Barry has never sought reimbursement for meals or other expenses related to travel. She has never sought to financially benefit from any of the travel she has taken on behalf of the city. We believe that at no time did Mayor Barry or Sgt. Forrest ever attempt to use taxpayer dollars to support their extramarital affair.

“Some of Mayor Barry’s trips were paid for by organizations or foundations that requested her attendance. Any other hotel expense or airfare paid for by Metro was for official business on behalf of the city of Nashville booked through the normal scheduling process.

“On most of the Mayor’s travel, she was with an assigned security detail. Nashville is one of the 25 largest cities in the United States of America, and many mayors throughout the country travel with security detail. Whether for a domestic or an international trip, the protective detail is responsible for advancing the Mayor at meetings and events, understanding security protocols and safe entrances and exits, and ensuring that the Mayor is able to travel safely and keep to the schedule of events. In domestic airports, the protective detail goes through the TSA U-FAN program in order to quickly move through security checkpoints while being armed.

“In those few cases, Mayor Barry paid for her own hotel rooms out of personal funds or stayed with family.

“On those few occasions, Sgt. Forrest, in his capacity as the head of her security detail, also stayed those extra nights in a separate hotel room – which were paid for by Metro – because the official schedule would soon resume in that city.

“Those total four nights in 2017, and on each of those nights, Sgt. Forrest did not record on-duty hours that would have resulted in pay or overtime.

“The trips being questioned by the media are her trips to San Francisco for the NewDEAL Ideas Summit in May of 2017, her trip to Kansas City to tour soccer and transit facilities and speak with the Mayor of Kansas City concerning that city’s experiences with these projects, and a trip to Athens, Greece, as a member of the 100 Resilient Cities.

“In San Francisco, Mayor Barry arrived on Sunday for a conference that started on Tuesday after Memorial Day. She traveled early so that she wouldn’t have to travel on Memorial Day and would have time to prepare in advance for the conference. She paid for her own hotel room in San Francisco for the extra night.

“In Athens, the 100RC conference ended on Saturday, and her hotel charges were covered by the Rockefeller Foundation through Saturday night, though she did not have any official business scheduled on that day. She chose to stay one extra day – Sunday – before flying back on Monday. That extra night was funded by her own personal funds, not Metro.

“In Kansas City, Mayor Barry stayed with her mother in Overland Park, Kansas, following official business on Friday; she had a private family memorial service for her son, Max, with family in Kansas on Saturday. That flight was paid for out of personal funds.

“On those four nights without business, Sgt. Forrest had a hotel room paid for by Metro because he needed to be available on a following day for travel. While Mayor Barry paid for her own rooms, or stayed with family, Sgt. Forrest’s rooms were a legitimate business expense because of his need to help facilitate travel for the Mayor on her return home.

“You will see a security detail traveled sporadically with Mayor Barry until mid-to-late 2016. This was based on the recommendations of the Police Department that Mayor Barry have police detail on all official business trips, increases in terrorist attacks and mass shootings both domestic and international, and because we had an opportunity to learn what worked best in terms of logistics for travel.

“We have not identified any days during this time period in which the Mayor stayed more than necessary for her official duties.

“To the best of our knowledge, Sgt. Forrest has not claimed overtime or other expenses beyond what was required of him in his official capacities.

“Mayor Barry’s travel was a reflection of our city’s growing prominence on a national and international stage and her desire to learn more from other Mayors and leaders on how best to implement policies and practices that would meet the needs of the people of Nashville. Sgt. Forrest’s travel was a reflection of his role as the head of the Mayor’s security detail and the person primarily responsible for the Mayor’s safety and security.

“As the Mayor has acknowledged, it was inappropriate to start and continue this relationship, but we believe that any and all expenses incurred by either Sgt. Forrest or Mayor Barry were in the course of normal business.

“We will continue to be releasing documents as they become available, and will do our best to answer questions in a timely fashion; however, we will wait to gather as many facts as necessary before commenting in the interest of accuracy.”