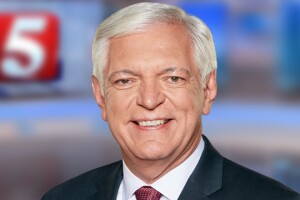 His investigations have earned him journalism's highest honors, including three duPont-Columbia University Awards and three George Foster Peabody Awards -- both considered to be broadcasting's equivalent of the Pulitzer Prize.

Beginning his career as a print reporter, Phil was a finalist for the Pulitzer Prize for Public Service.

To gauge Phil's impact, consider this quote from a prominent Nashville political strategist:

That statement, of course, is an exaggeration. (Phil's really a nice guy.) Still, it shows the how he's made a big difference in this place he calls home.

Phil's stories have uncovered government waste and corruption, exposed sex offenders and other felons teaching children, sent people to prison and prompted legislators to write new laws. He has repeatedly been listed on the Nashville Post magazine's "In Charge" list of the people shaping Middle Tennessee and previously on Business Tennessee's "Power 100" list.

In 2014, Phil and fellow team members were honored with a Peabody for their "Questions of Influence" investigation. Specifically, Phil's work raised questions about hundreds of millions of dollars in state contracts awarded by Tennessee Gov. Bill Haslam's administration.

In 2012, Phil was recognized with the duPont Award for his "Policing for Profit" investigation of Tennessee drug interdiction agencies.

Two years before that, he received a duPont Award for his investigation of Nashville's General Sessions court system.

Phil had previously won a duPont and a Peabody for his "Friends in High Places" investigation of insider contracts given to friends of former Tennessee Gov. Don Sundquist.

For that project, Phil also received a prestigious George Polk Award, a National Headliner Award, a Sigma Delta Chi Award (from the Society of Professional Journalists) and an IRE Award (from the Investigative Reporters and Editors organization). He also was a finalist for the Goldsmith Prize for Investigative Reporting, awarded through the Kennedy School of Government at Harvard University.

In addition, IRE has recognized Phil's work on multiple occasions with its IRE Awards, including his investigation of the "Perks of Power" received by state lawmakers and former University of Tennessee president John W. Shumaker.

In 2001, Phil was awarded the prestigious IRE Medal for his investigation of the Metro Police Department. The contest judges called it "an outstanding example of dogged local reporting despite threats aimed at Williams."

A winner of multiple regional Emmy Awards, Phil has also been honored with a national Emmy.

In 1993, he won a Peabody Award for an investigation of the influence of special-interest lobbyists on Tennessee's legislature.

In 1990, Phil's work was a finalist for print journalism's highest honor, the Pulitzer Prize, for an investigation that exposed corrupt state officials and gamblers who had taken over Tennessee's charity bingo industry.

As a result, more than 75 people were sent to prison.

His achievements have not gone unnoticed by his peers. In 2008, investigative journalists from across the country elected him to IRE'S national board of directors -- a position he held for four years. He was re-elected In 2014. IRE is a nonprofit organization dedicated to improving the quality of investigative journalism around the globe.

Phil was born in Columbia, Tennessee, later moving to Nashville in his teen years. An honors graduate from Middle Tennessee State University, Phil frequently speaks to journalism students about his passion for investigative reporting.