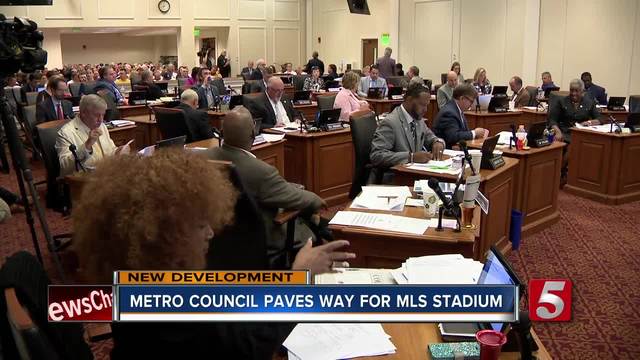 Metro Nashville Council members signed off on four pieces of legislation that paved the way for a new Major League Soccer (MLS) stadium to be built at the Nashville Fairgrounds. 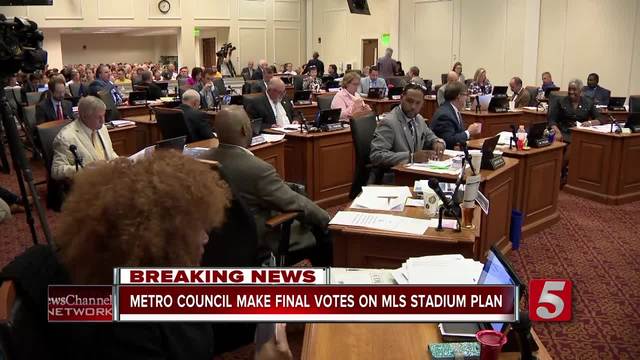 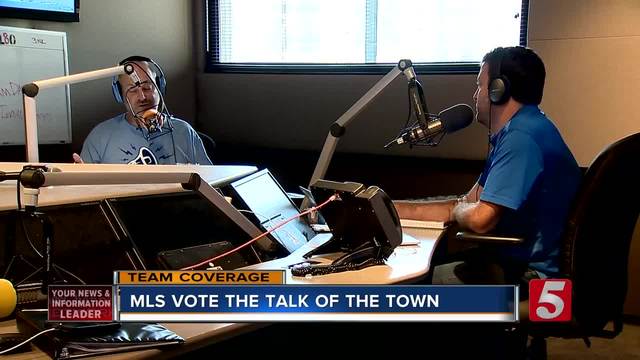 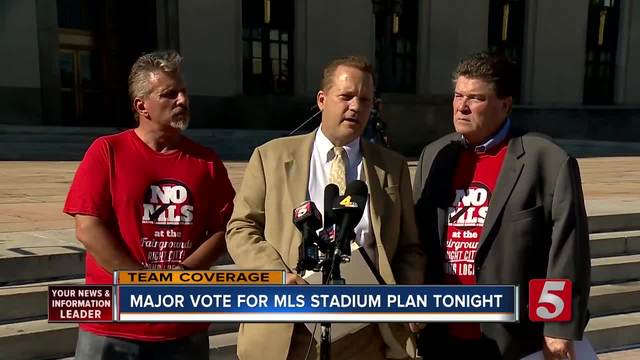 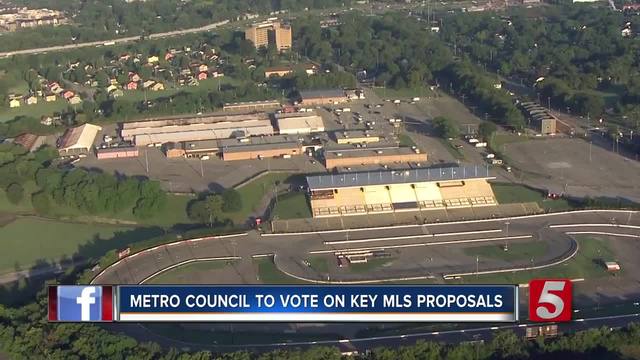 Metro Nashville Council members signed off on four pieces of legislation that paved the way for a new Major League Soccer (MLS) stadium to be built at the Nashville Fairgrounds.

The four proposals voted on:

During debate on the bill that would demolish existing buildings at the fairgrounds, multiple council members discussed how divisive the issue was, and how difficult it was to make a final decision on the stadium plan.  Almost every council member spoke before the vote.

The council chambers were filled with both supporters and opponents of the proposal, who wanted to witness the historic vote.

At-large Councilman John Cooper, sponsored a resolution that attempted to let the public decide on $50 million in general obligation bonds for the project.  However, it was not approved by the council.

Before the meeting, the group "Save Our Fairgrounds" filed a lawsuit against the Metro Nashville Government in the debate over the proposed stadium.

During the press conference, Attorney Jim Roberts said the MLS stadium proposal was "a rape of our institutions."

Roberts claimed that Metro has "worked tirelessly to destroy the fairgrounds" since 70 percent of voters approved a charter amendment that would keep the fairgrounds what it has historically been: a host for the state fair, a racetrack, and a host for flea market and other events.

They agreed to put in affordable housing and a child care center, plus they agreed to provide good-paying jobs, such as $15.50 wages for stadium workers.

Several Metro Council members had said previously that they would not sign off on the stadium proposal unless the Community Benefits Agreement was signed.

Nashville Soccer Holdings, LLC also announced a statement of diversity and inclusion related to team operations and the 10-acre mixed use development.

“NSH is poised to take a private and public partnership development and make economic diversity a reality. This project will have a significant commercial and culture impact by bringing the world’s biggest sport to Nashville.  The team ownership has made significant commitments to diversity and inclusion in its business model utilizing resources, input and guidance from organizations that focus on business inclusion as a forethought.  Manson, Johnson Conner have been involved in this community for over 40 years and look forward to the success of this endeavor as we work to create a new and dynamic program that will benefit all of our great city, “ said Richard Manson, Founder, Manson Johnson Conner, PLLC."

Nashville was awarded a MLS franchise in December. It came one month after the council gave preliminary approval of $225 million in bonds for the stadium project.

I applaud the Council for its final approval of legislation to bring Major League Soccer to Nashville. This project will have a positive and lasting impact on our entire community. It embraces growth and new opportunities while ensuring every resident benefits and thrives along with it.

This project will provide needed upgrades to the Fairgrounds, essential affordable housing, broad minority business opportunities and increased safety protections for our workers.

This project will improve the Fairgrounds facilities but it will not change our customs or the activities we cherish. I pledge to all of those engaged in these discussions over the past months that I am listening. Together we will build on the years of community tradition at our Fairgrounds and I look forward to continuing to work closely with you as this project moves forward.