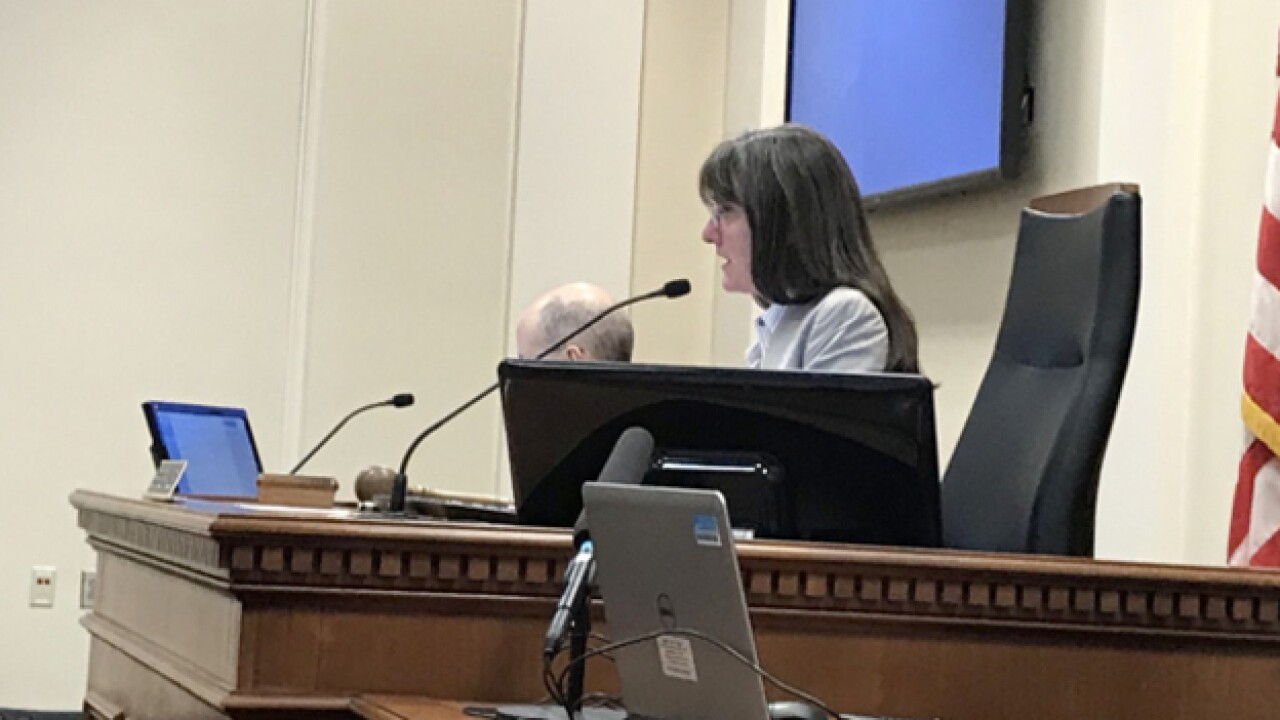 The Metro Council Special Investigative Committee voted late Tuesday night to continue looking into Megan Barry's use of funds during her affair with her bodyguard, even though Barry stepped down as Nashville mayor earlier that day.

The seven-member committee met at the end of the first Metro Council meeting since Barry's resignation, in a rare late-night session Tuesday.

The special committee meeting lasted until nearly 11 p.m., as the seven members weighed in on various proposals floated by the committee.

At times, it was unclear whether the committee would even continue to meet.  Many members argued that the Metro Council Special Investigative Committee was unnecessary with other investigations continuing: The Tennessee Bureau of Investigation, Metro Board of Ethical Conduct and Tennessee Comptrollers Office have all looked into the matter.

Ultimately, members voted to keep the investigative committee in tact.  While the committee will continue to meet, they voted to do so less frequently -- only when deemed necessary by the Metro Auditor, who is helping the Metro Council with its investigation.

The group also decided to recommend hiring outside legal help from the Memphis-based firm they recommended last week.  However, they voted to limit their work to a maximum of 15 hours - anything beyond that would require approval from the special committee.

The TBI's investigation ended Tuesday after Barry and her bodyguard Rob Forrest both agreed to plea deals on theft charges.

The special investigative committee adjourned Tuesday night without setting a date for the next meeting.

The Metro Board of Ethical Conduct -- a separate group from the council's investigative committee -- is scheduled to hold a meeting Wednesday at 9 a.m. at the Historic Metro Courthouse.  At the meeting, it will consider a legal opinion sought by the Metro Department of Law, authored by a separate outside legal firm.

That opinion recommended that the Board of Ethical Conduct should hold a hearing into an ethics complaint filed by a group called Community Oversight Now.  If the board goes forward with the hearing, it would be scheduled for a separate date.

Community Oversight Now released the following statement Tuesday in response to her resignation.

On March 7, 2018, the Council Board of Ethical Conduct will review the complaint filed by Theeda Murphy on behalf of Community Oversight Now. The complaint alleges that the indiscretion between former Mayor Megan Barry and Sergeant Robert Forrest distorted the Mayor’s position on police accountability policies. Despite Barry’s resignation, Community Oversight Now is urging the Council Board of Ethical Conduct to continue its investigation of the former mayor’s alleged conflicts of interest as outlined in Murphy’s complaint.

The Murphy v. Barry complaint contends that Barry violated Executive Order 005 and Section 2.222.040 of the Metropolitan Code of Laws. The policies provide institutional guardrails designed to protect the public from biased decision-making. Throughout the duration of the affair, Barry showed disproportionate favor to MNPD or an indifference to public concerns about several police-community disputes: the Community Oversight Board legislation; a robust investigation of the Jocques Clemmons’ killing; a special appropriation for militarized ballistic protection; and requests by the Department of Justice’s conciliation specialist, Davidson County Grand Jury, and District Attorney to address bias policing in MNPD. Given that Forrest was a high-ranking MNPD officer, it is not unreasonable to assume that the relationship could have been used as leverage against the former mayor.

Community Oversight Now is also troubled by Klein/Bussell, PLLC’s recommendation to dismiss the bulk of the Murphy v. Barry complaint. Metro government contracted with Klein/Bussell to evaluate the validity of the complaint on behalf of the Council Board of Ethical Conduct. The law firm recommended that the Board only consider a conflict of interest violation regarding the “excessive overtime” pay accrued by Forrest during the affair. It then urged the Board to reject any consideration that Barry’s affair with Forrest may have influenced her policy positions regarding police accountability.

Klein/Bussell’s authorship of the memorandum gives the appearance of a potential conflict of interest. Several senior attorneys at the law firm, including the lead author of the memorandum, had previous ties to the Metropolitan Department of Law. The contractual relationship between Klein/Bussell and Metro government seems to be stacking the deck in favor of the former mayor before the commencement of the ethics hearing.

For various reasons, which we have outlined in a rebuttal memorandum, we urge the Council Board of Ethical Conduct to reject the Klein/Bussell memorandum and vote to accept the Murphy v. Barry complaint in its entirety. (See https://docs.google.com/…/1fhV5OvTdqSe1448rxlbWcEQv4h-…/edit). First, there is no other administrative vehicle to address the alleged violations in Executive Order 005 and Section 2.222.040. If the Council votes against the complaint, then it will nullify its own power to protect the public from potential conflict of interest violations, particularly those that evade oversight by manipulating legal loopholes.

Second, agreeing to hear the totality of Murphy’s complaint complies with the letter and spirit of Metro codes. Executive Order 005 and Section 2.222.040 state that ethical violations by Metro employees entail decisions that result in “losing complete independence and impartiality” and “affecting adversely the confidence of the public integrity of the Metropolitan Government.” We can only determine the validity of these alleged violations if the Council agrees to investigate them.

Third, the Klein/Bussell memorandum places the burden of proof on Murphy to prove, with direct evidence, that an ethical violation has occurred as a precondition to jumpstart an investigation. This is an unusually high bar to jump over for a person with few resources and no subpoena or compulsory powers—one that even made it difficult for the Tennessean newspaper and Tennessee Bureau of Investigation to investigate the Mayor’s office despite its resources.

The Council Board of Ethical Conduct must rise to the occasion during this crisis. A significant portion of the public is concerned that the indiscretion created a conflict of interest and biased the former mayor’s approach to police accountability policies. At this point, there is no other institutional body to evaluate extensive allegations of conflicts of interest. If the Council Board of Ethics rejects Murphy’s complaint in its entirety—and by consequence accepts the Klein/Bussell memorandum—it will send a message to some communities in Nashville that the system is rigged against them.