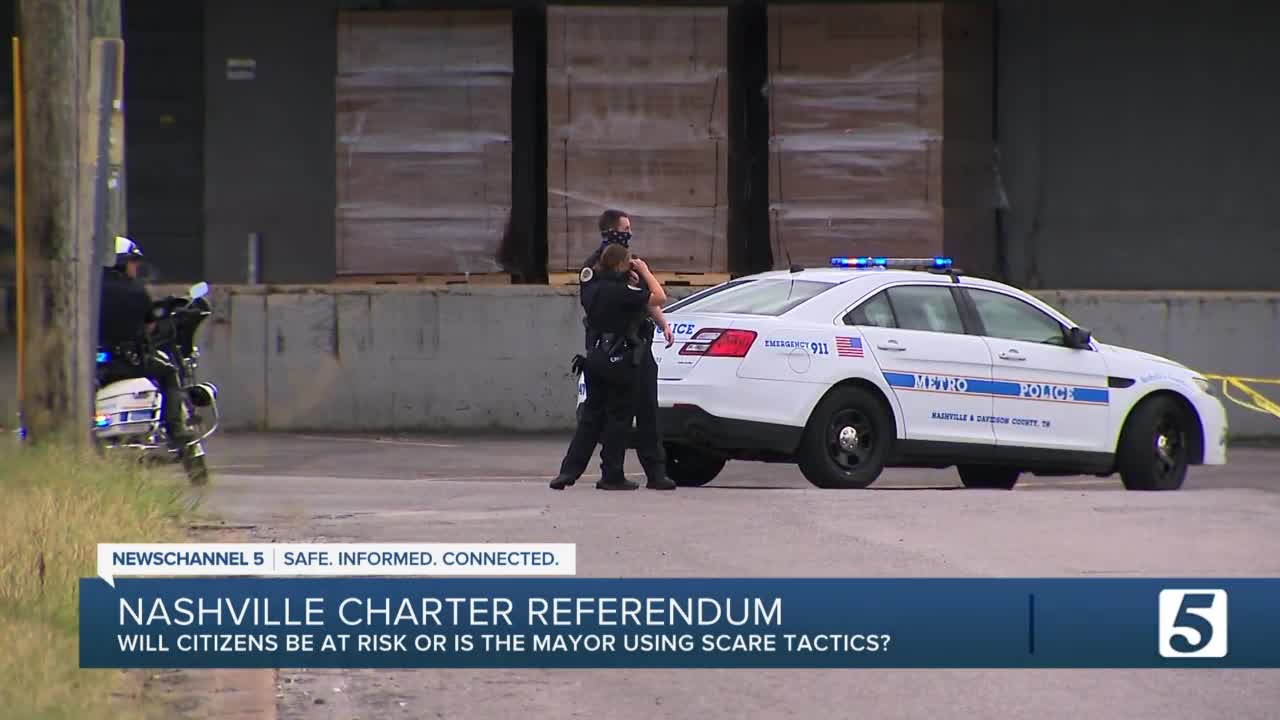 Metro city leaders and emergency services officials say a referendum to repeal the Nashville property tax hike would put hundreds of positions on the chopping block and in turn put the safety of residents at risk. 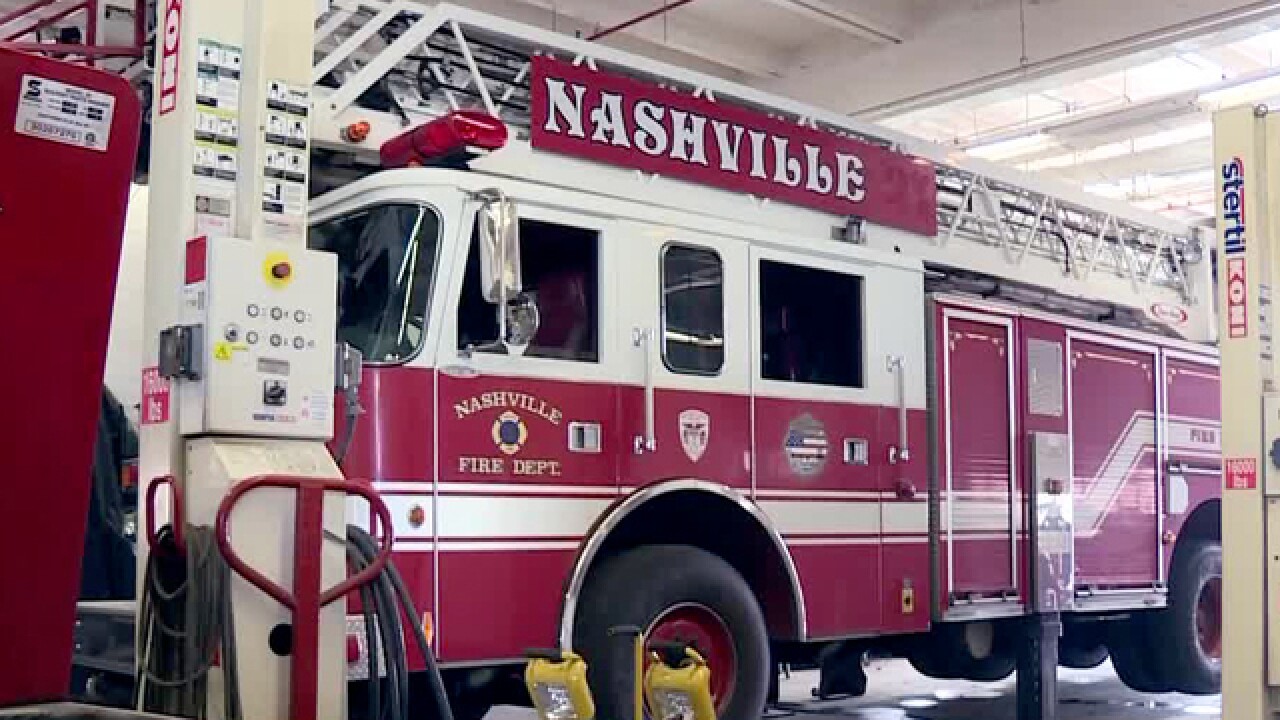 NASHVILLE, Tenn. (WTVF) — Metro city leaders and emergency services officials say a referendum to repeal the Nashville property tax hike would put hundreds of positions on the chopping block and in turn put the safety of residents at risk.

The referendum, proposed by the group 4GoodGovernment, would cap tax increases in Davidson County at two percent effectively repealing the 34 percent property tax hike passed by Metro council members. If it makes it on the ballot for a special election in December, city officials including the mayor are worried about what it would mean for finances and essential services.

In a statement, Mayor John Cooper said the referendum would create a $322 million shortfall, threaten Metro's credit rating, constrain the city from setting property taxes and suspend capital projects. He feared it would also bring major cuts to Metro departments.

"A repeal of the proposed property tax increase would significantly impact the Nashville Fire Department and the public services we provide," NFD Director Chief William Swann said in a statement. "We have no flexibility within our budget to trim down without directly impacting services. The resources that are essential to providing emergency services will be in jeopardy should this repeal occur."

Mark Young of the International Association of Firefighters says those numbers are close to accurate. He doesn't think it's a scare tactic but a caution to what could happen to an already understaffed department.

Young fears the referendum means slower response times, higher homeowner insurance rates and a heavier workload. His union is now "all hands on deck" to work with labor groups and start a campaign against the referendum.

"We got a short time to put a campaign together and hopefully, we can educate the voter and understand the consequences of what this looks like and get on our side and vote this down," said Young.

However, government watchdog group Beacon Center of Tennessee questions Mayor John Cooper's message. Vice president of communications and outreach Mark Cunningham said Cooper is using scare tactics to get his way. He said for years the group provided suggestions on places to cut and avoid the financial crisis Nashville is in right now.

"He's trying to bully the taxpayers into going along with him. We can't just keep bailing out this awful, awful government spending with tax increases every time they do it. The biggest issue is that it's a band-aid and it doesn't fix anything of the underlying problems with the city," Cunningham said.

State Comptroller Justin Wilson said in Tuesday night's council meeting that if the property take hike is repealed, the city may not be able to balance the budget and the state would have to take over Metro's finances.

However, this will only be a possible problem for the city if the Davidson County Election Commission approves a 4GoodGovernment petition and decides to hold a special election.

The petition for the referendum had 20,000 signatures, which is well beyond the amount needed to start a special election process. The election administrator says the commission is heading towards that direction and will discuss on possibly setting a date.

Read the full statements below from Metro departments on how they say the referendum could impact them:

The preliminary estimate of the impact of a 35% annual budget cut to the police department would result in the elimination of 550 sworn officer positions (just over one-third of the force), and the elimination of 331 civilian positions, which would include part-time school crossing guards (56% of the civilian workforce would be eliminated). Four of the eight precincts would be taken off-line due to lack of staffing.

Crime would increase, caseloads among detectives would dramatically increase and response times would rise.

“A repeal of the proposed property tax increase would significantly impact the Nashville Fire Department and the public services we provide. The Mayor’s Office and Finance Department asked NFD to present preliminary scenarios based on a 35 percent budget reduction. However, any cut or reduction to our budget would be felt directly by those we serve. NFD has continually provided services to our growing county, with minimal increases to our budget. For many years, we have been creative with maximizing resources to provide world-class service to the residents and visitors of Davidson County. Our personnel have continued to work tirelessly despite our financial challenges. We have no flexibility within our budget to trim down without directly impacting services. The resources that are essential to providing emergency services will be in jeopardy should this repeal occur.”

Transit services can expect to be cut significantly if the property tax increase is repealed by voters later this year. While we don't yet know how much of a funding deficit we would be facing in such a scenario, we can say with certainty that the service reductions and eliminations customers experienced a little over a year ago would be a walk in the park as compared to what customers could expect in 2021.
Given the magnitude of cuts we’d need to consider, a possible list of actions we could take would include:


Given that Nashville already has a level of transit service well below that of its peers, any future cuts will be extremely painful, and result in a true loss to the community. Obviously, we hope that none of these aforementioned cuts will need to be considered, and only the worst possible case scenario would require them all to be considered. But given the range of unknowns at this time with respect to the city's financial recovery from COVID and the potential impact of a property tax repeal, none can be ruled out at this time.

“As the mayor referenced last night, the passage of the potential December referendum would lead to dramatic cuts across Metro, including the Public Works department. All services provided by Public Works would have to be reviewed. Specific service reductions would be based on the severity of the cuts and could lead to the reduction or elimination of recycling collection and brush collection. While our goal is to provide consistent trash collection, in a worst-case financial scenario, weekly residential trash collection could be impacted.”

Courtney Stone
Copyright 2020 Scripps Media, Inc. All rights reserved. This material may not be published, broadcast, rewritten, or redistributed.