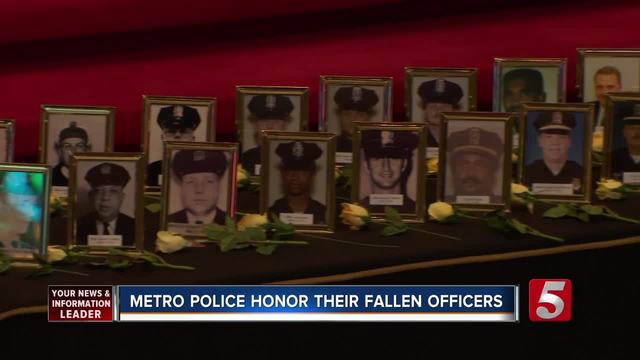 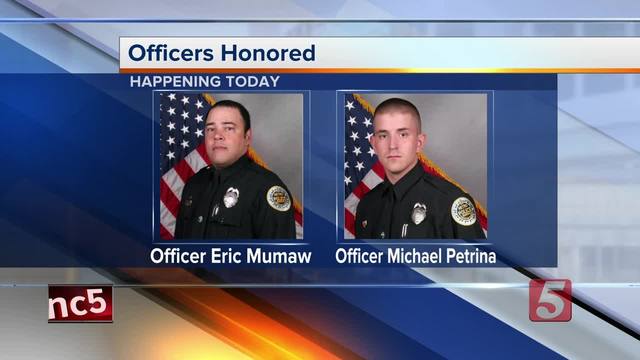 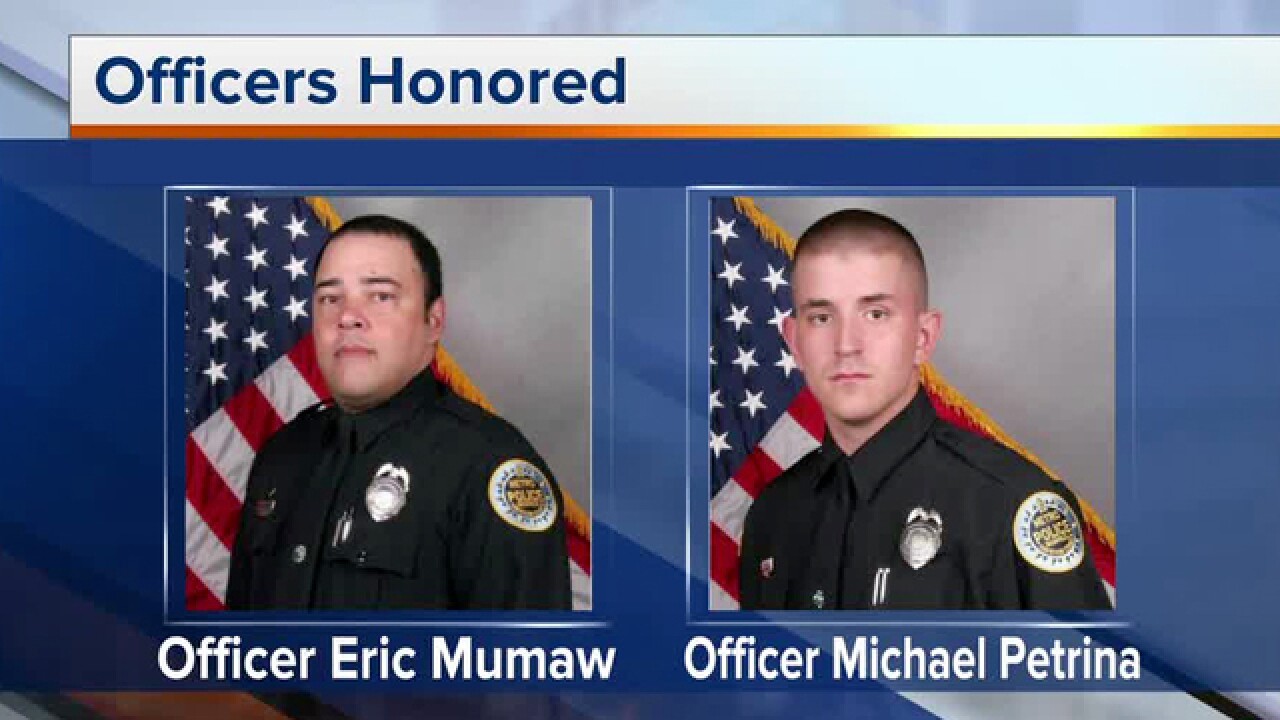 The Metro Nashville Police Department honored officers who have died in the line of duty ahead of National Police Week.

Just within the past few years, Nashville has lost two officers in the line of duty.

Officer Eric Mumaw was killed in February 2017 when he and other officers were trying to help a woman on the edge of the Cumberland River. Police said she put her car into gear, dragging them into the water.

Officer Michael Petrina was killed in May 2014 while directing traffic around a crash on Interstate 65. He was struck by a motorhome and its trailer.

Thursday’s memorial service paid tribute to Mumaw and Petrina, along with the 43 other Nashville law enforcement professionals who have died since 1875.

Some of the officers still have family members in the area who attend the service.

"It's difficult, certainly difficult for the families," said Metro Police Chief Steve Anderson. "As I cross the name of someone that I knew or interacted with... John Smith was my sergeant. It's difficult talking about them, but it's an honor saying their names."

Following the ceremony, the MNPD Drill and Ceremony Team left for Washington D.C. for the Fallen Officers Memorial. This will be the first year that Officer Mumaw will be recognized.