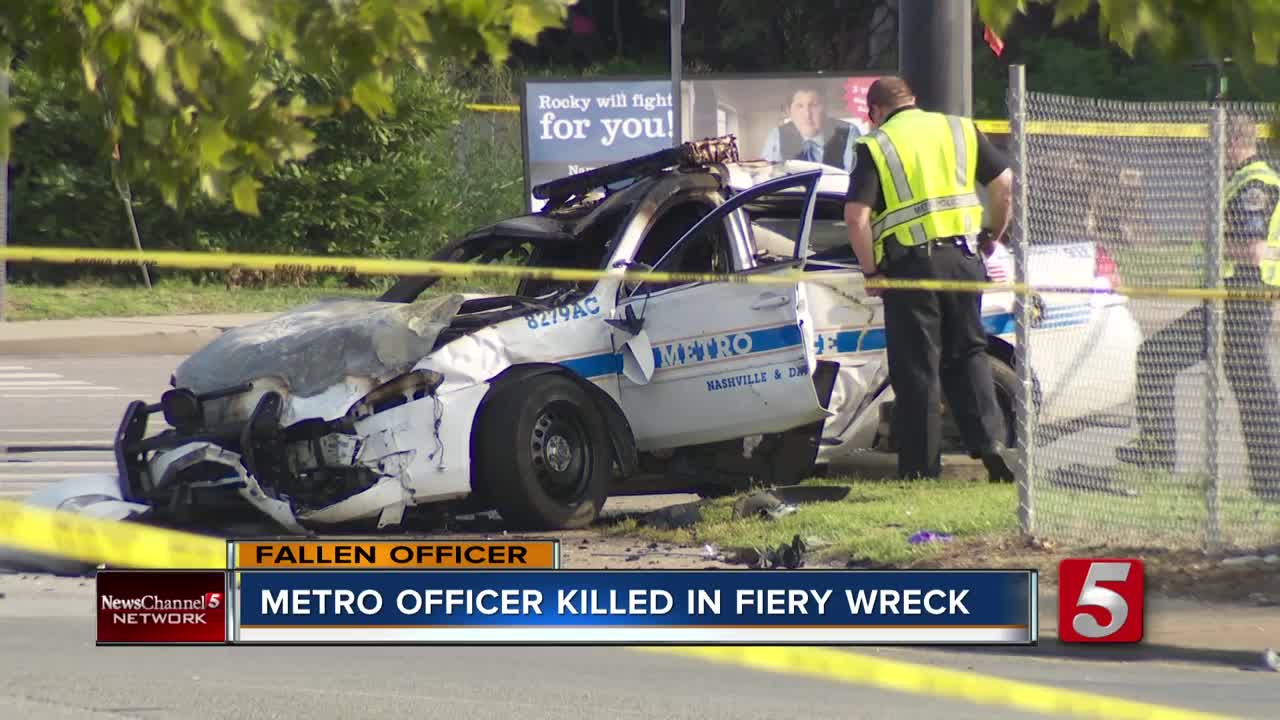 A 17-year-old was charged with vehicular homicide after crashing into a MNPD officer. 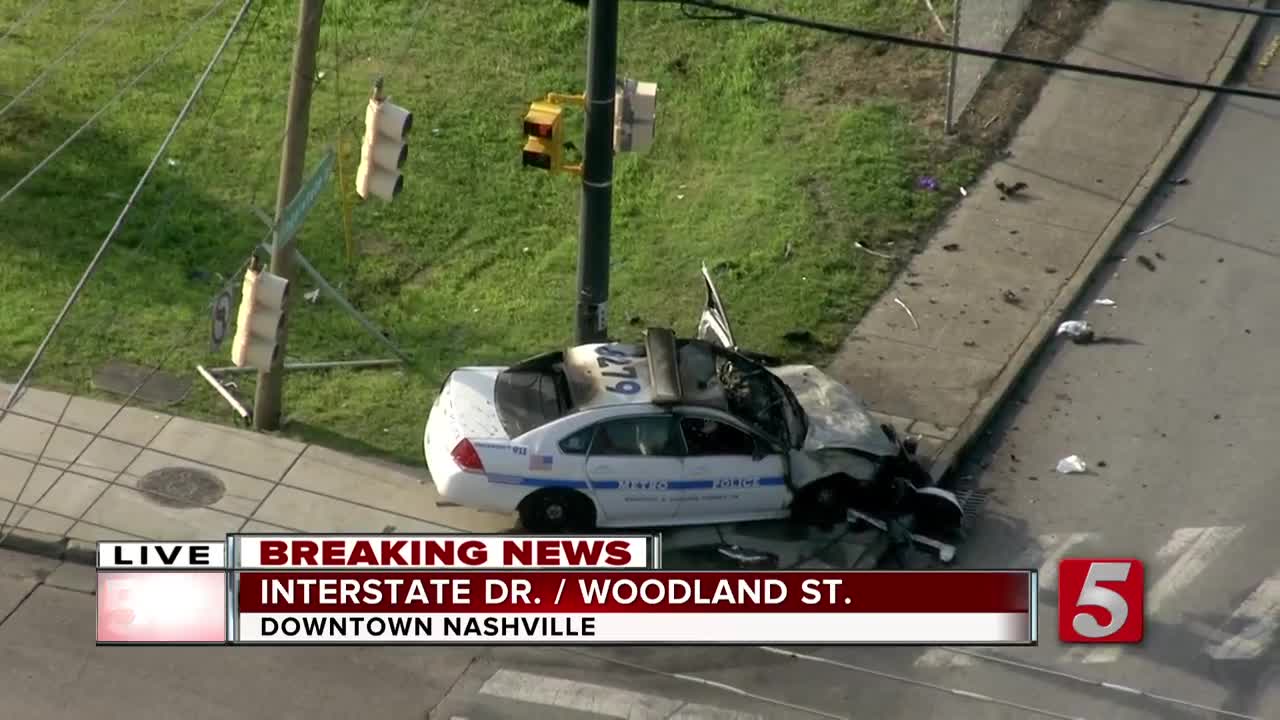 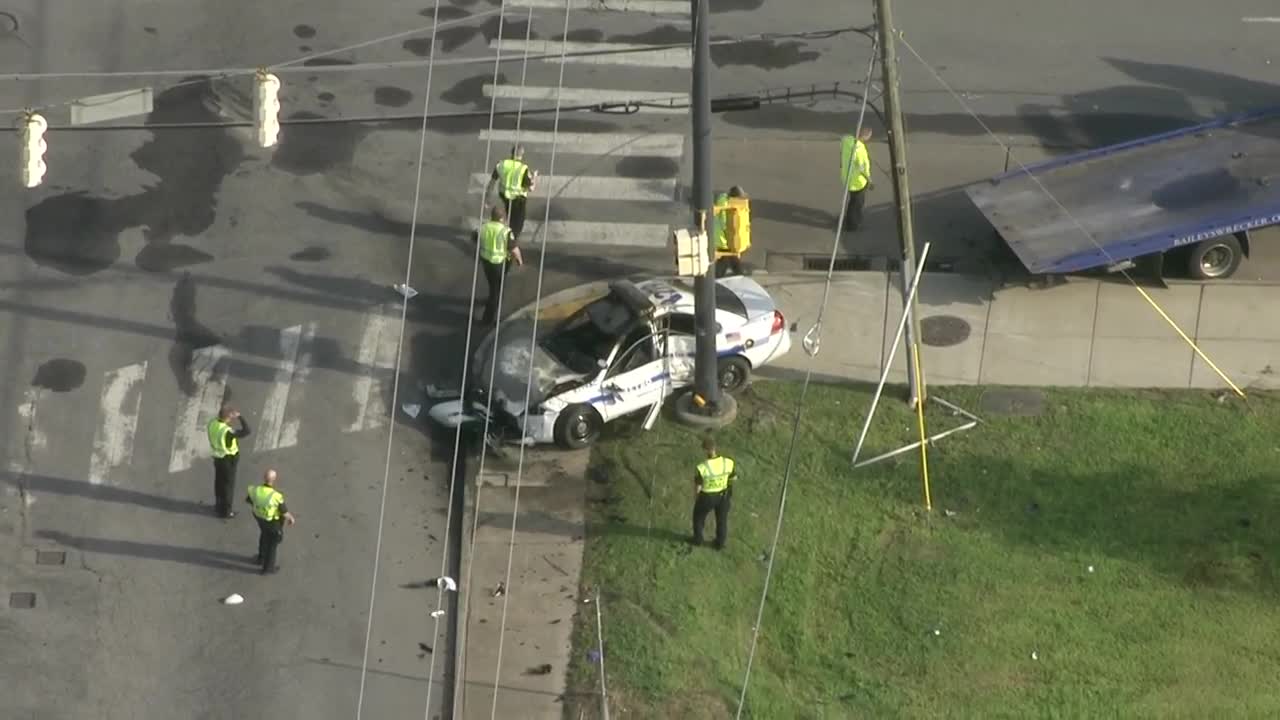 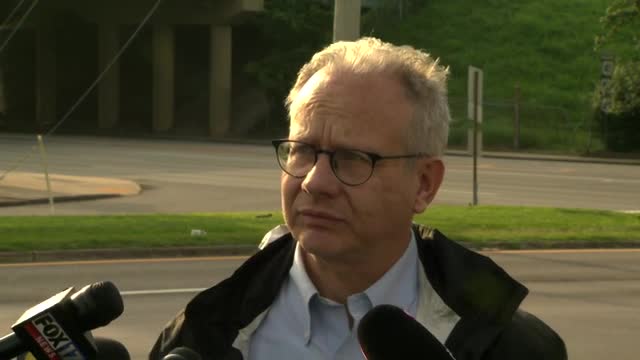 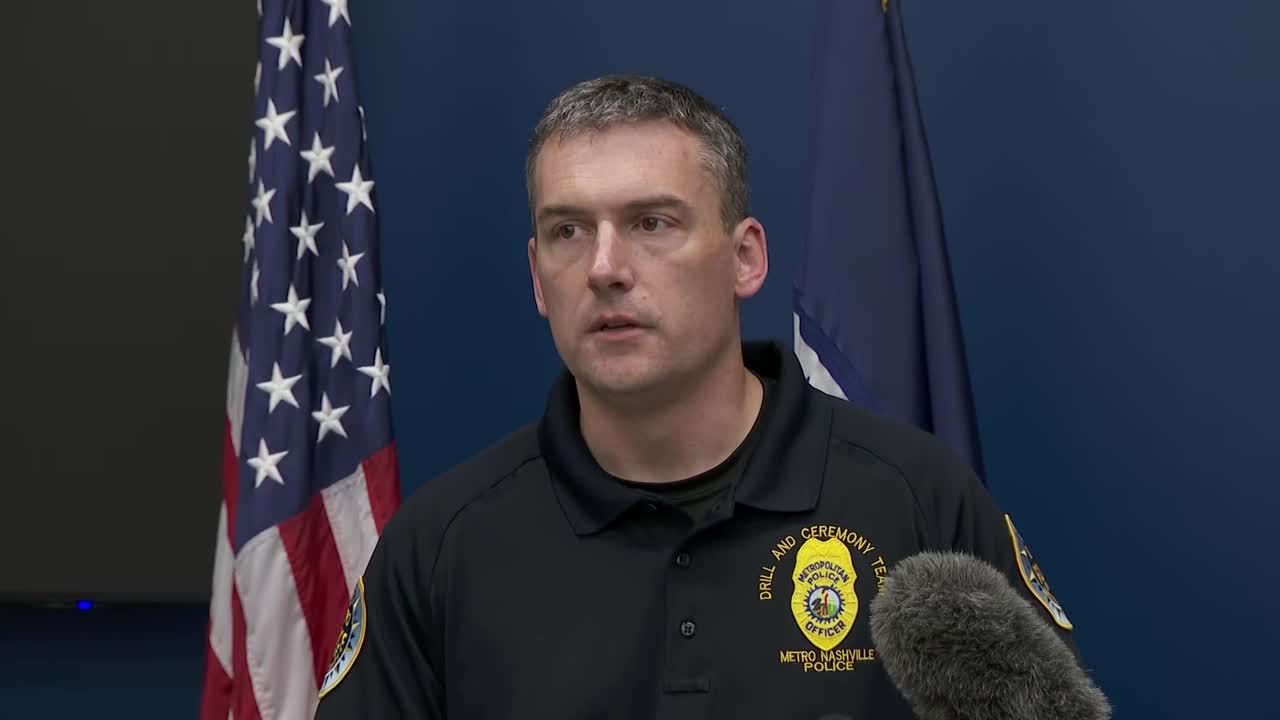 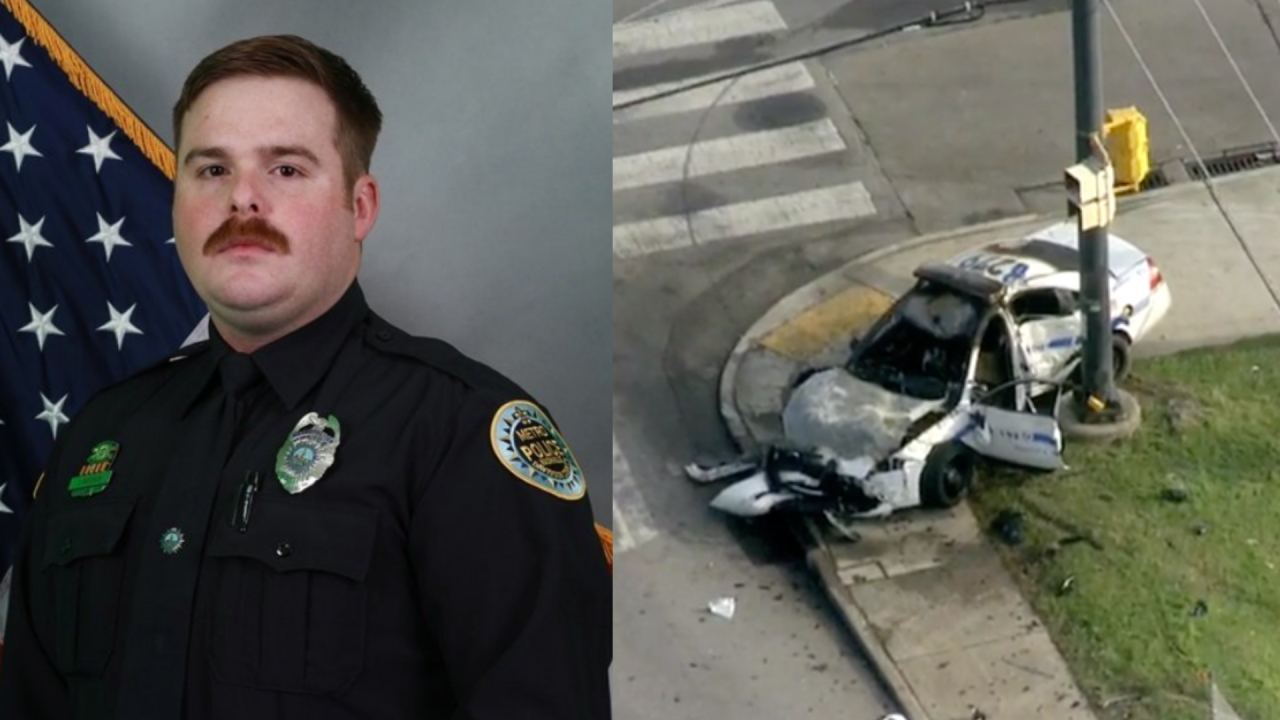 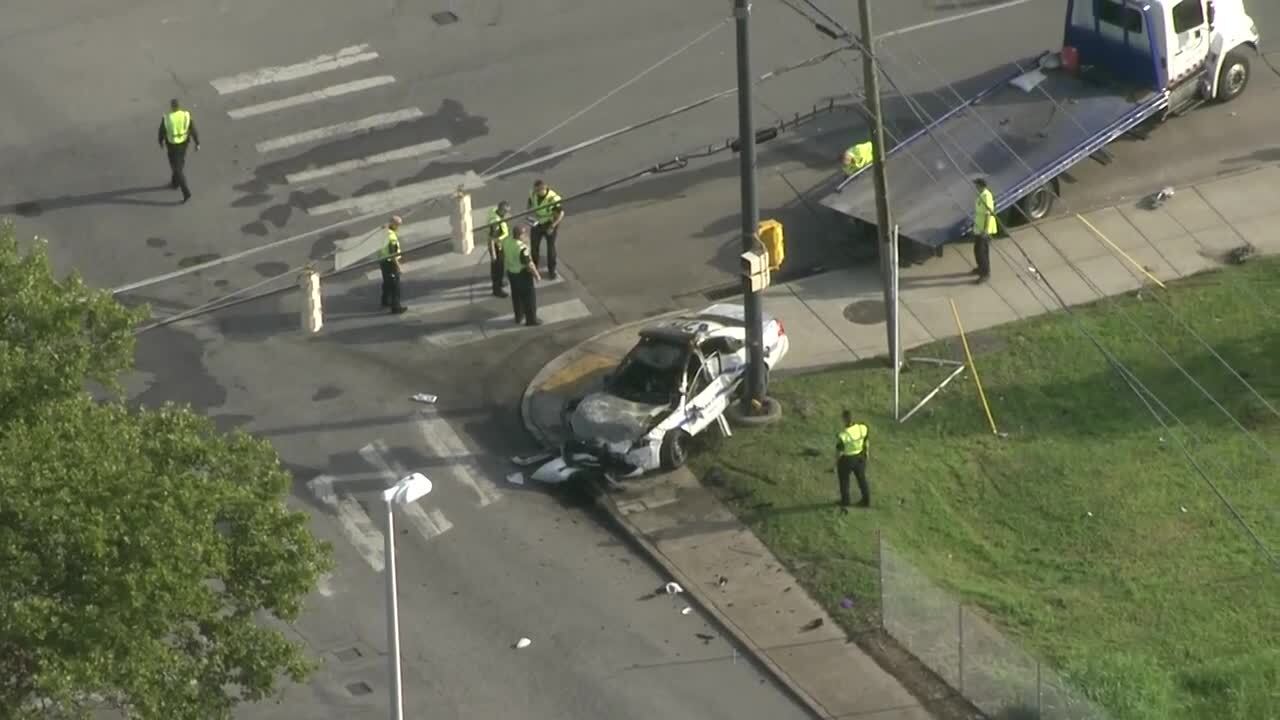 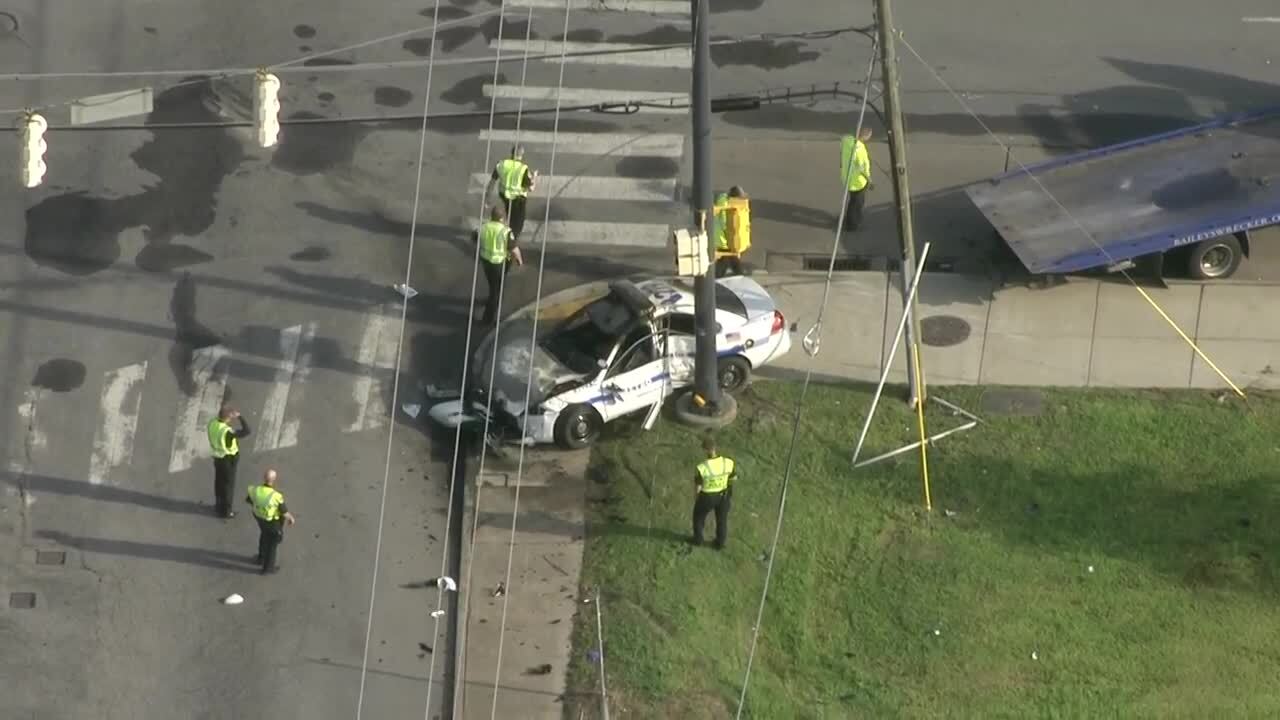 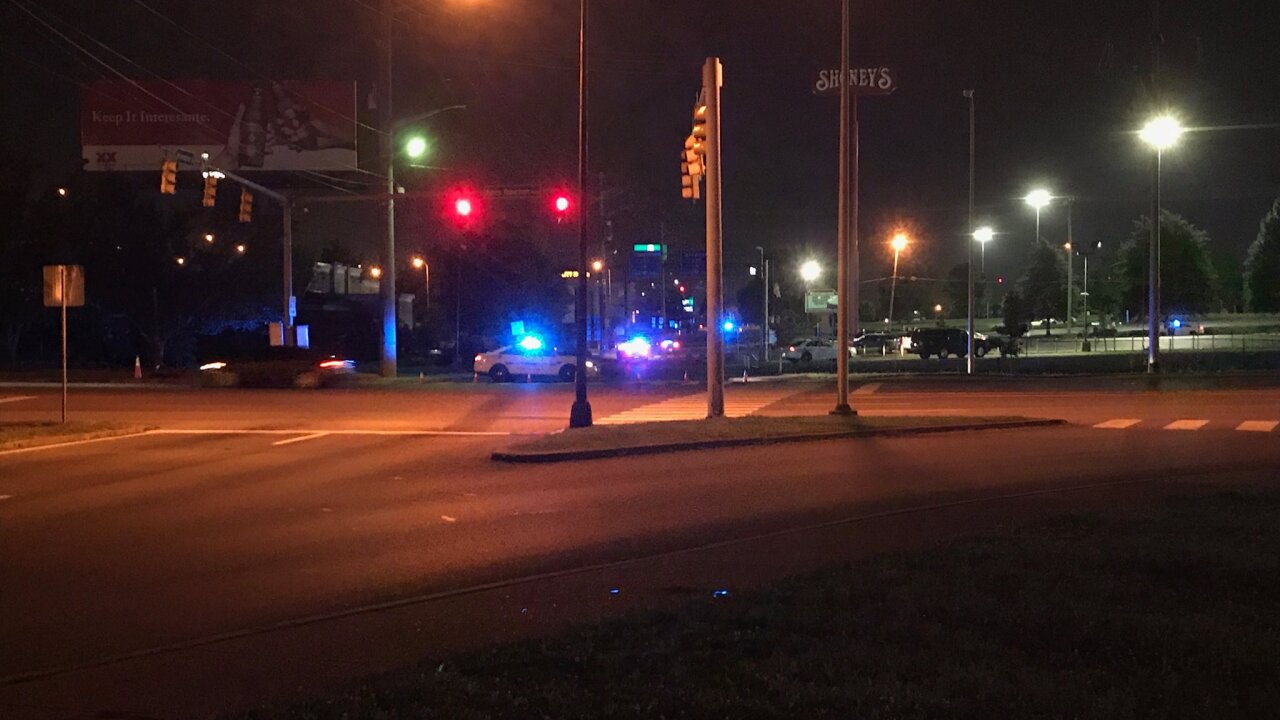 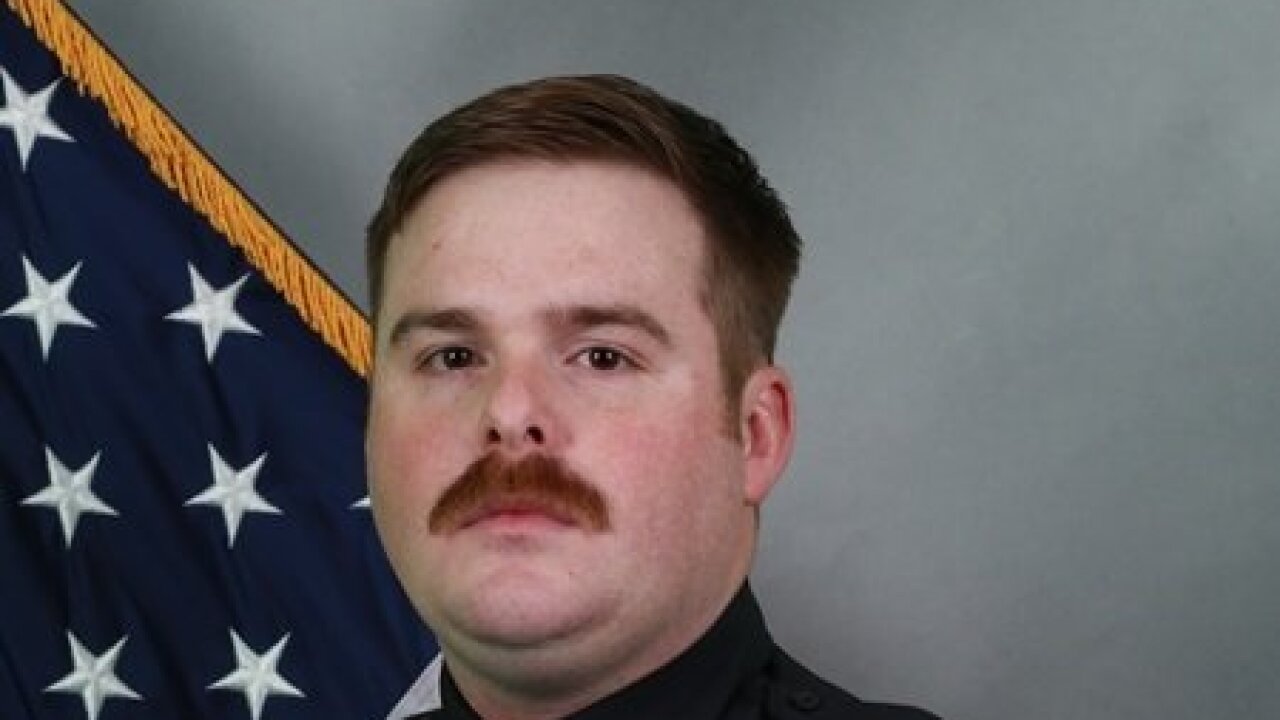 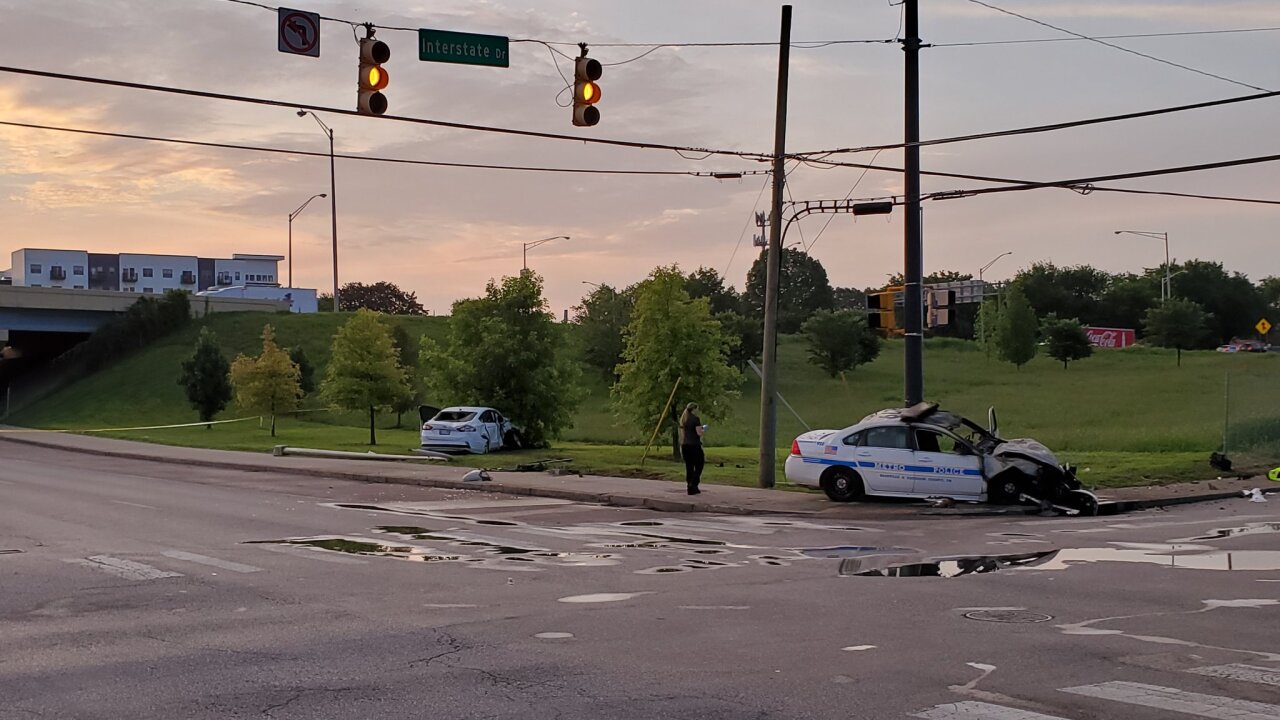 The call went out at 3 a.m. A 17-year-old driver in a 2016 Ford Fusion, who sped off after an officer attempted to pull her over, hit a police vehicle at the intersection of Interstate Drive and Woodland Street. After the police vehicle spun out and hit a utility pole, it caught fire. The officer in that vehicle was Officer John Anderson. He died at the scene.

In a press conference at the scene, Don Aaron - public affairs manager with the Metro Nashville Police Department - said a Metro DUI officer was traveling outbound on Gallatin Pike. When he spotted the Fusion with its high beams on in the opposite direction.

He said the Fusion driver, who was later identified as Jayona Brown, didn't dim her high beams for oncoming traffic; so the DUI officer turned around and turned his blue lights on.

The teen driver slowed down in the right lane, but did not stop. Around 5th Avenue and Main Street, the DUI officer turned on his siren, and that's when the Fusion driver sped off.

The officer decided not to pursue the teen because by then, he had learned the Fusion had not been reported stolen. From a distance though, he saw the Fusion turn left onto Interstate Drive.

At the same time, Officer Anderson was in his car on Woodland Street to assist another officer who was dealing with a pedestrian on the interstate.

When Officer Anderson reached the intersection of Interstate Drive and Woodland Street, he was hit by the teen in the Fusion on his driver's side door. The car spun around and slammed into a utility pole.

The DUI officer drove up on the crash and requested assistance. Because of the hard impacts with the fusion and the utility pole, Officer Anderson's vehicle caught fire.

"Our hearts are very heavy this morning," Aaron said. "Officer Anderson was a very well liked individual amongst all officers who knew him."

The driver of the Fusion was transported to a hospital. Her condition is not life-threatening. The Fusion's passenger, an 18-year-old, did suffer life-threatening injuries and was taken to a separate hospital.

Officials pointed out that the crash happened in the middle of intersection, and Officer Anderson had the right of way. It's unclear just how fast either vehicle was going.

The investigation into the crash is ongoing, and will continue for the next days, according to Aaron. Brown was booked in juvenile detention after being released from the hospital.

She was charged with evading arrest, driving on a suspended license and vehicular homicide, aggravated assault and juvenile curfew violation.

Officer Anderson was a four-year veteran of the Metro Nashville Police Department, joining them on November 1, 2014. He was 28 years old. He was also a member of the Drill and Ceremony Team (DCT) with Metro Police. DCT is a team of officers that was formed to honor the lives and memories of officers killed in the line of duty.

Because of his involvement with DCT, officers on the scene saluted Officer Anderson as he was carried from the scene.

"It goes without saying," Metro Nashville Police Chief Steve Anderson said, "that when we lose an officer...it's like losing a brother or sister. And this goes for this department, and departments all across Tennessee."

BREAKING: It is with extreme sadness that the MNPD confirms the on-duty death of Central Precinct Officer John Anderson, 28, a 4-yr MNPD veteran. Officer Anderson was killed at 3:05 am in a vehicle crash at Interstate Dr & Woodland St. His police car was hit by a 17-yr-old driver pic.twitter.com/Ye9sb0KBTs