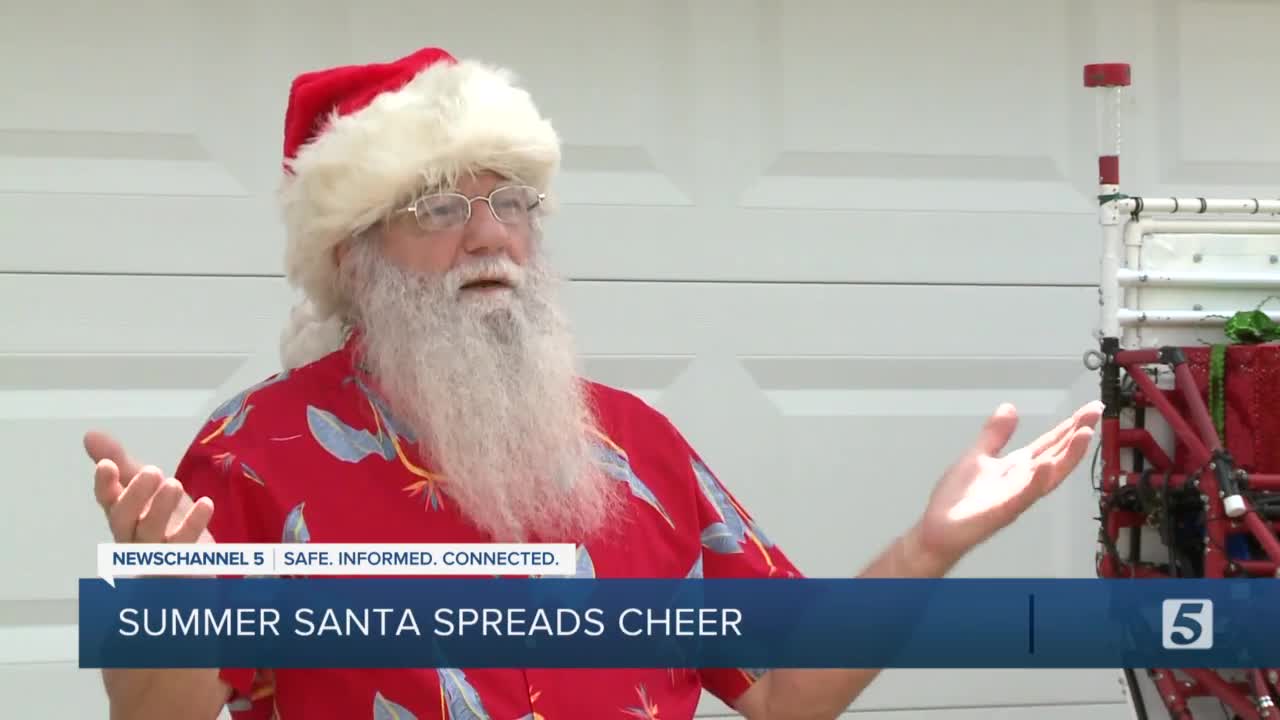 A motorcycling Santa took out his bike covered in Christmas decorations early this year. 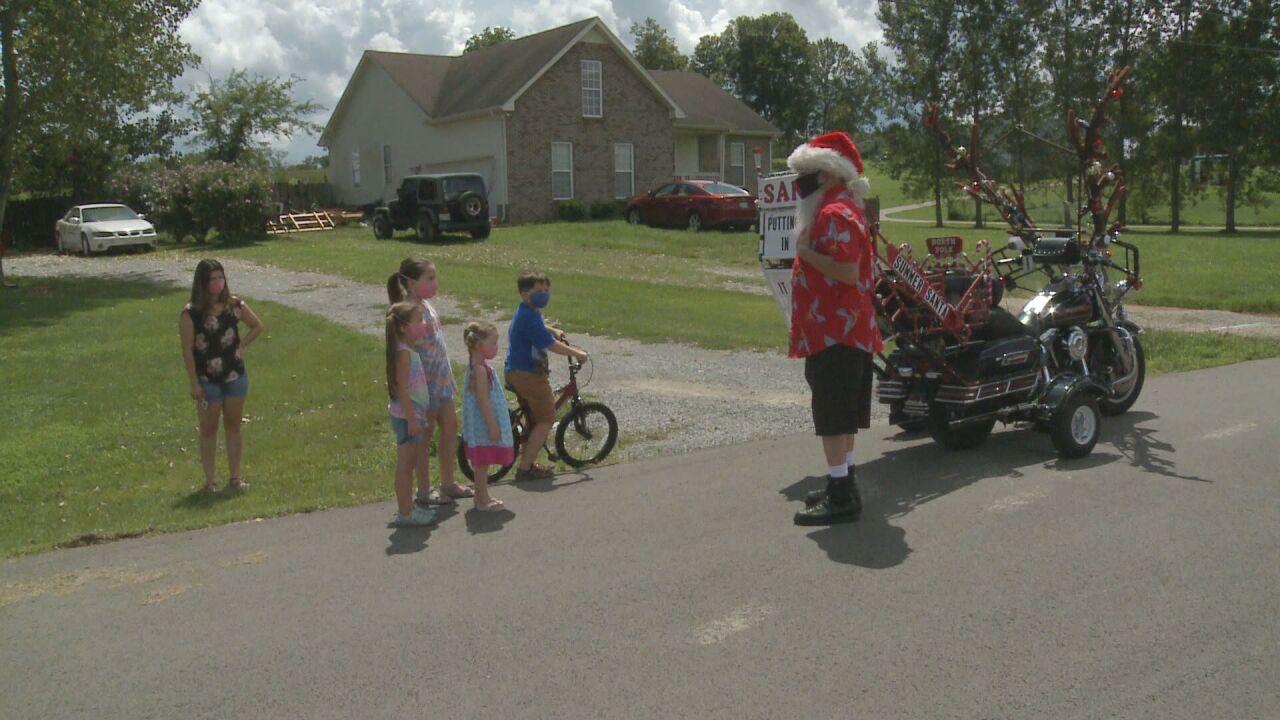 CROSS PLAINS, Tenn. (WTVF) — A motorcycling Santa took out his bike covered in Christmas decorations a few months early this year because of the COVID-19 pandemic.

"After 2020 rolled in, so many people became unhappy, the cheer level dropped, there is sadness, there's all kind of stuff happening that we sure don't need, but it's here," said AJ Wolf, Motorcycle Santa.

Wolf, as Santa, with his decked out motorcycle has been entertaining the Cross Plains area at Christmas-time for seven years.

His wife, who he calls Mrs. Claus, encouraged him this month to take out his Harley Davidson adorned with antlers, 1,400 lights and a sleigh.

"She said 'honey, you need to go out get the reindeer bike and just go and wave to people and get the cheer up, spread some cheer honey, do it somehow,'" he said.

He's taken the motorcycle to Walmart, driven it on the highway and just a few doors down too, where a group of kids live.

"Here's the thing, we have so many little ones from the time they are able to walk, they want to run up and see Santa... even the parents they look at this and they get worse then kids get," he said.

Motorcycle Santa added a new message to his bike this summer to bring extra cheer during the public health crisis.

"It says 'Santa putting cheer in gear and it all starts here' which is in a red heart," he said.