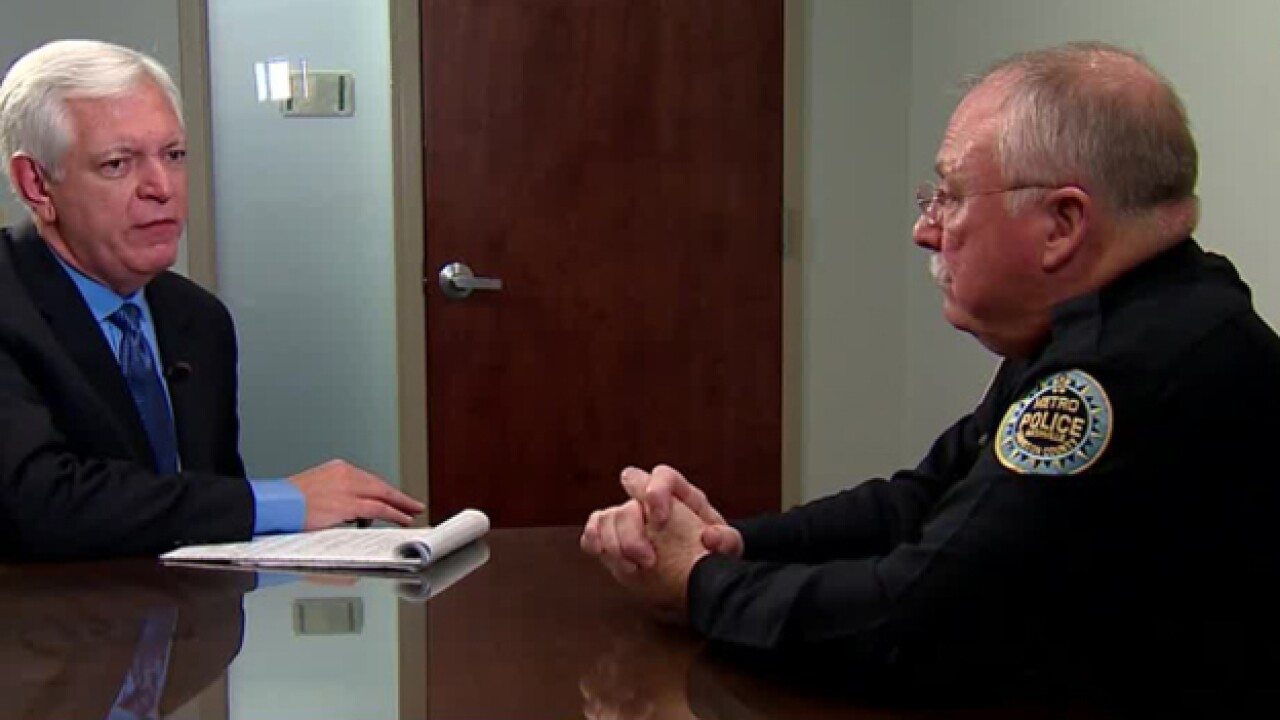 Metro Nashville Police Chief Steve Anderson said he and others in the department felt betrayed by former Sgt. Rob Forrest, who pleaded guilty to charges of theft that allegedly occurred during his affair with former Mayor Megan Barry.

Forrest resigned from the police department after Barry admitted their extramarital relationship to NewsChannel 5 Investigates nearly five weeks ago.

On Tuesday, both Forrest and Barry took plea deals on charges of theft. A result of an investigation into Barry's use of funds during their two-year affair.

“Today’s conditional guilty plea by Rob Forrest and the associated statement of facts are indicative of his betrayal of the citizens of Nashville and the men and women of this police department. Forrest was in a unique assignment away from his chain of command on a daily basis. From all accounts, he had performed well in that assignment during the Purcell and Dean administrations. Forrest’s supervisors trusted him. We now know that he betrayed that trust during the Barry administration, leaving behind a sentiment of disdain among those who continue in their work with the Metropolitan Police Department. I am among those who share that sentiment.”

MORE:
City Hall Scandal
Mayor's Use Of Security May Have Violated MNPD Policy