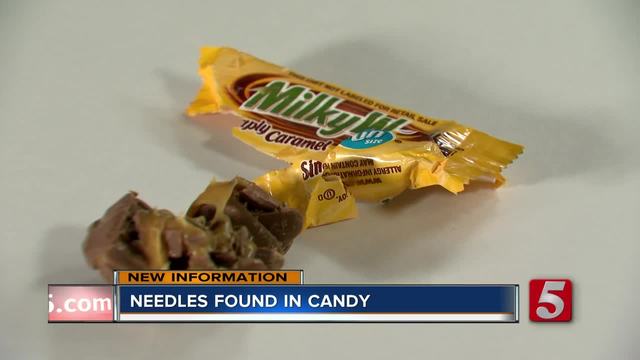 A second child in Wilson County has reported finding needles in Halloween candy. 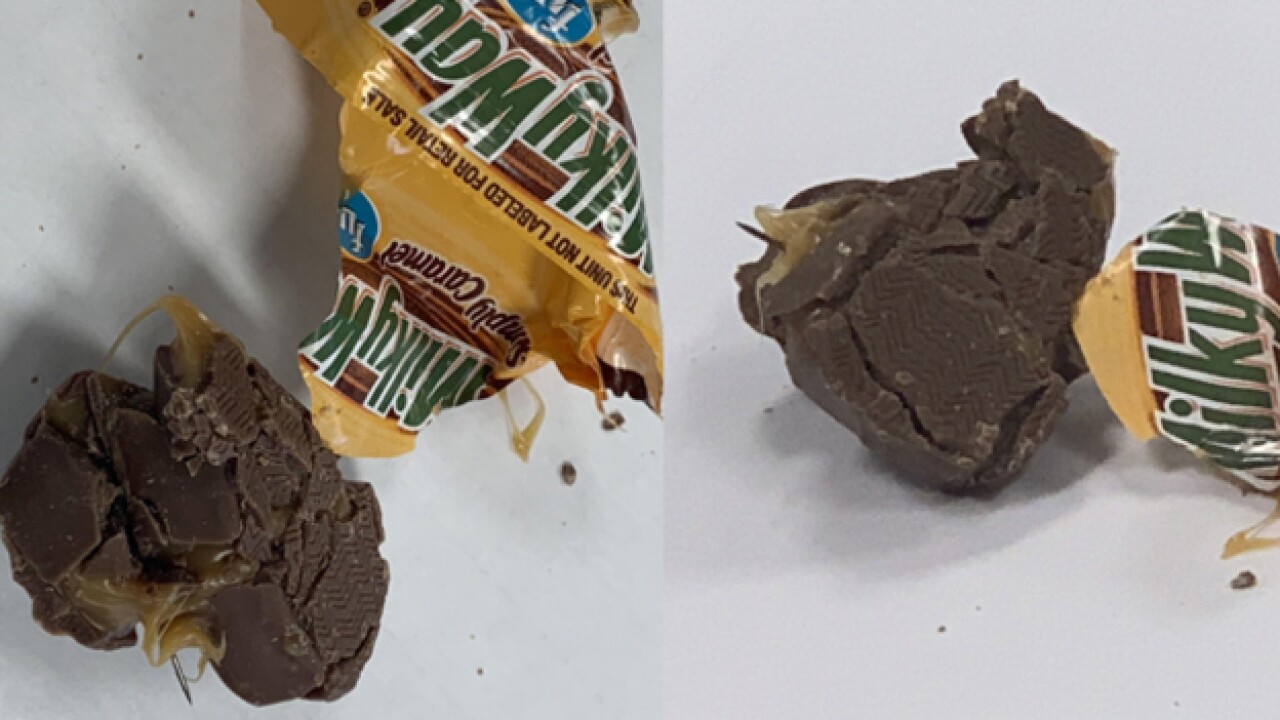 A second child in Wilson County has reported finding needles in Halloween candy.

According to the Wilson County Sheriff’s Office, a father said his child discovered the needle at school and reportedly told the school resource office. The candy had been collected on Halloween.

Later that night, the child told his father that he’d found another needle.

According to the report, the only area that the child went trick-or-treating in was the Langford Farms Subdivision.

A Mt. Juliet mother first reported finding a needle in her child's candy after noticing the wrapper had been tampered with.