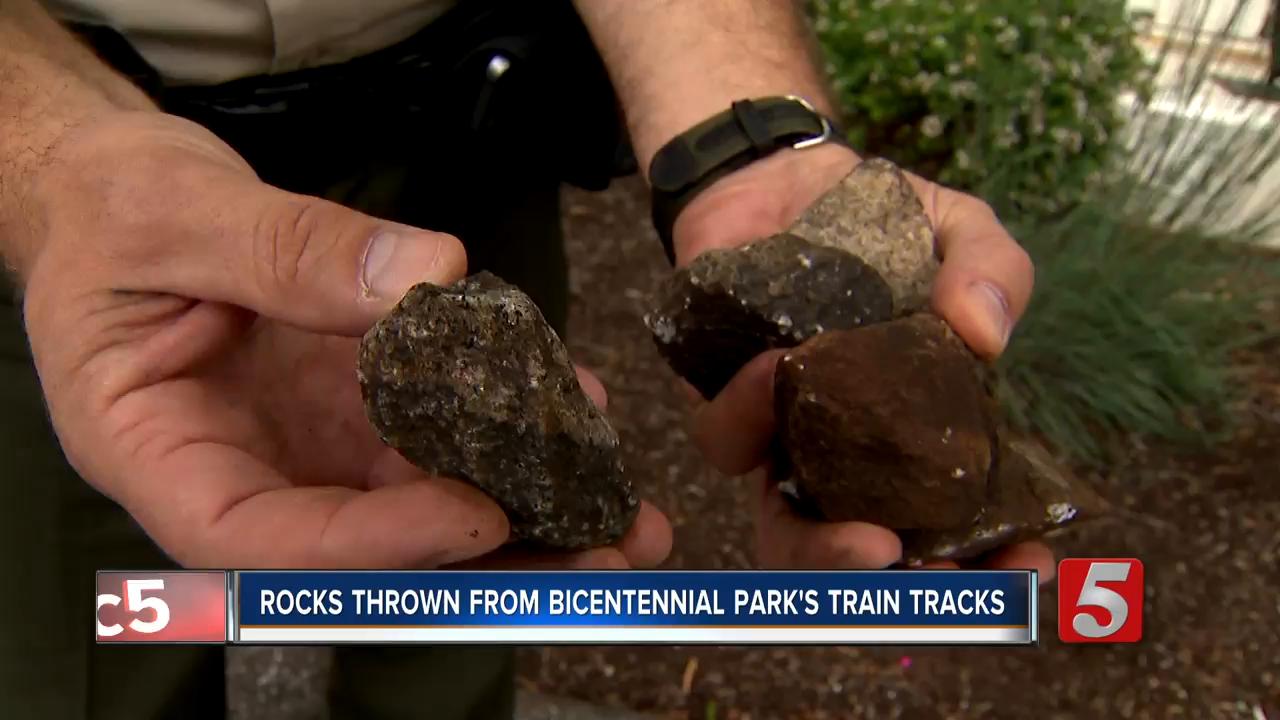 More than 1,000 rocks were thrown from the top of the train trestle at Bicentennial Mall State Park overnight Wednesday. NASHVILLE, Tenn. (WTVF) — More than 1,000 rocks were thrown from the top of the train trestle at Bicentennial Mall State Park overnight Wednesday.

For a second night in a row, park rangers had to clean up rocks they believe were intentionally thrown from the train tracks down into the park.

Bicentennial is closed at that time of night, but park manager Jerry Wooten said walkers and joggers still run under the train trestle.

"We've had incidents before where we've had broken bricks tossed over this railing and some sizable rocks," said Wooten. "But in the years that I've worked here and been manager here, I've never seen that amount of rocks thrown over that rail ever. That was an excessive amount."

Some of the rocks were as big as a person's hand and Wooten worries someone could be seriously hurt.

"Who would actually take handfuls of rocks and toss them over the railing unknowing that there could be pedestrians walking below them and take the risk of possibly doing some injury and possibly even killing somebody with a sizable enough stone," he said.

Park rangers don't believe the rocks were knocked off of the tracks by a train because the spread of the rocks was such that they had to have been thrown by hand.

The rocks only were found in the center mass of the park, not in nearby parking lots or roads surrounding the park.

Wooten said he believes someone was picking up handfuls of the rocks and throwing them over the edge.

"A lot of this is granite that was originally put down as the ballast for the 1996 opening of the park," he said.

A CSX spokesperson said whoever it is will be charged with trespassing if caught and are also putting themselves in danger of being hit by a train.

Park police also said they would charge the culprit with destruction of property.