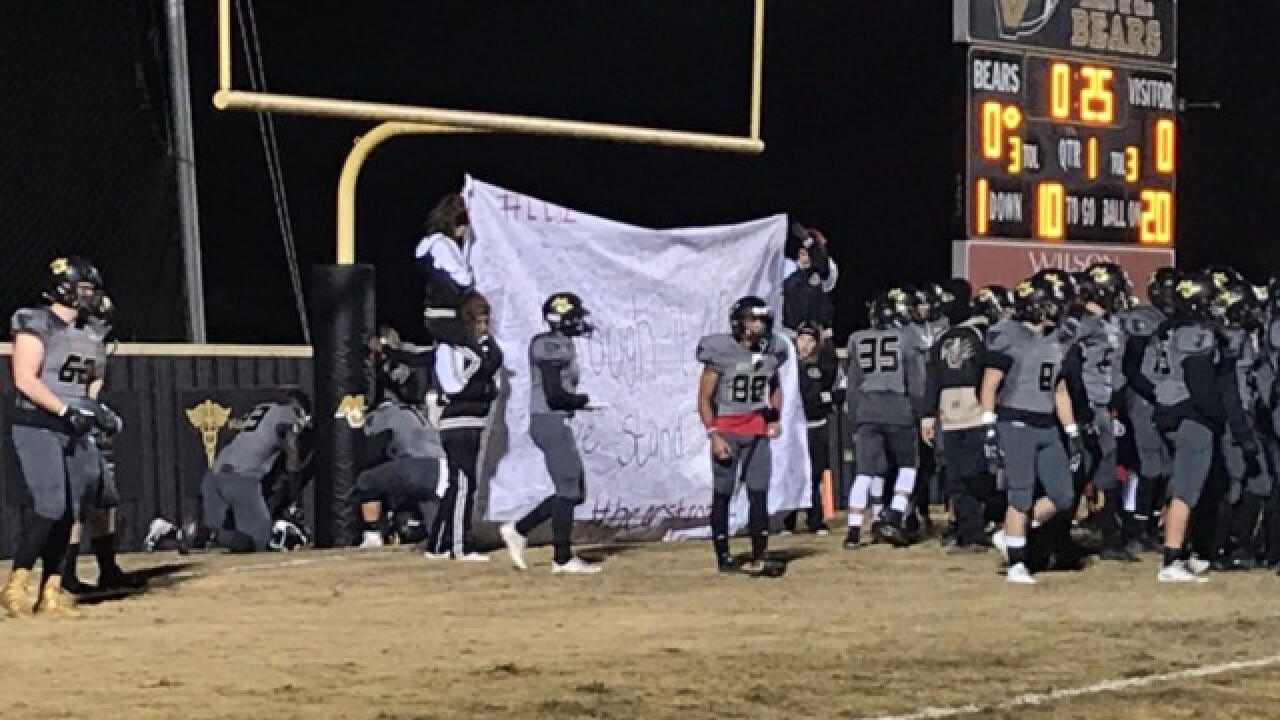 Before Mount Juliet High School squared off against Oakland High School on the football field, they took time to remember the 16-year-old who was shot and killed Thursday afternoon.

Jayshawn Taylor, a junior at MJHS, died after investigators said he was shot by a 15-year-old. The teenaged suspect originally told first responders he shot Taylor in self-defense, but Wilson County Sheriff's Department investigators say that was a lie. The 15-year-old suspect is now charged with homicide.

Taylor transferred back to MJHS this year after briefly attending Oakland High School. On Friday, those two schools' football teams faced each other.

"There's still excitement, but it's almost like you kind of feel guilty for being excited as well," Tammy Shipley, a mother of two MJHS students said.

Before the kickoff, the schools held a moment of silence for Taylor. In the stands, there were several signs that paid tribute to Taylor.

During the school day, classmates signed a banner that was held as the MJHS team took the field. Several players kneeled next to the banner before heading to their sideline.

"It's my tenth year here, and we haven't had too many days like these," MJHS Assistant Principal Josh Johnston said. "I hope we don't to have too many more."

Before the game started, coaches told NewsChannel 5 the teams had "heavy hearts" all day, and they hoped the football game could help players grieve.