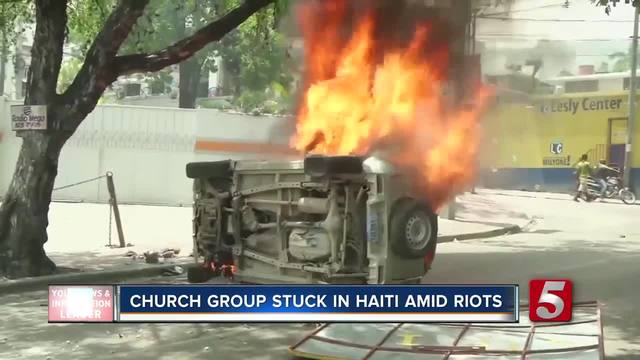 Americans still in Haiti are being told to "shelter in place." Providence United Methodist Church in Mt. Juliet is developing a plan to extract their mission team if they need to, but right now they are safe. 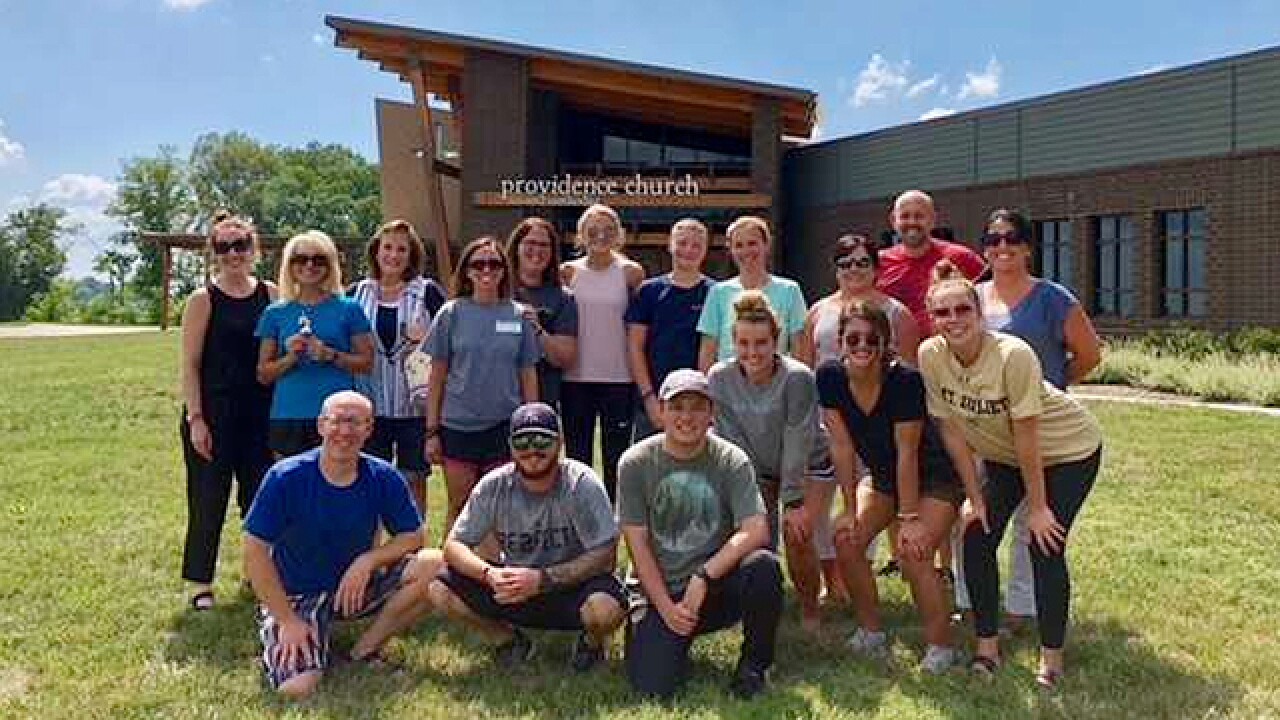 Americans still in Haiti are being told to "shelter in place."

Providence United Methodist Church in Mt. Juliet is developing a plan to extract their mission team if they need to, but right now they are safe.

Protesters in Port-au-Prince are rioting after the government announced a gas price hike. Even though the government retracted the announcement, the unrest didn't stop.

"There's quite a bit of road blockages and protests that are going on in the capital city," Dan Lins said.

Just 40 miles north of where the riots are happening, the 17 Wilson County residents are at a hotel.

"They're in good spirits overall," Lins said. "They feel like a lot of support from the prayers and folks here."

The mission trip goers spent the week in a small town building a school through the non-profit "Grace and Glory."

See photos of the work the group has done in Haiti at this link.

"For many of these kids, the only meal they have that day is the meal they get at the school," Lins said.

The team was supposed to come home Sunday, but airport workers were unable to get to the airport in Haiti. That means flights are having trouble getting out.

The Embassy is advising Americans to stay put until the protests stop.

"The Embassy is not ordering an evacuation at this time. That could always change. Right now, they are advising our team to stay in place, and hopefully as things die down over the next few days, they'll be able to return," Lins said.

On Sunday, cell phone signal was affected by the rioting, so some family members lost touch.

"It's safe to say would much rather be traveling home today, but also I think they view these extra few days in Haiti as an opportunity to continue to love on the people of Haiti and that's what they're doing right now," Lins said.

As a tropical storm heads to the Caribbean, church members are praying that mother nature will force protests to stop.

"They do have weather coming in, in addition to just the unrest around the airport, so it seems like a pretty perfect storm around Port-au-Prince right now," Lins said.

The Embassy will be closed Monday due to the riots, except for emergencies. They are posting updates on their Facebook page.