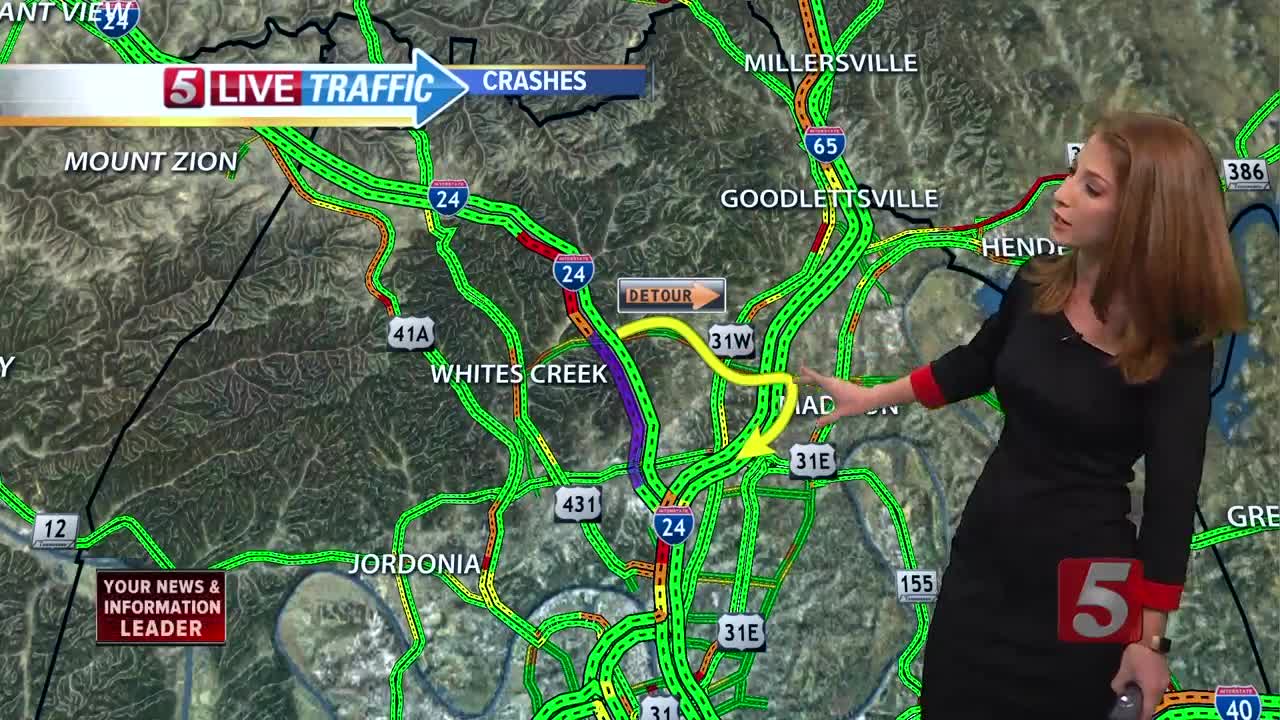 Here's an explanation on how you can navigate around the I-24E landslide closure. 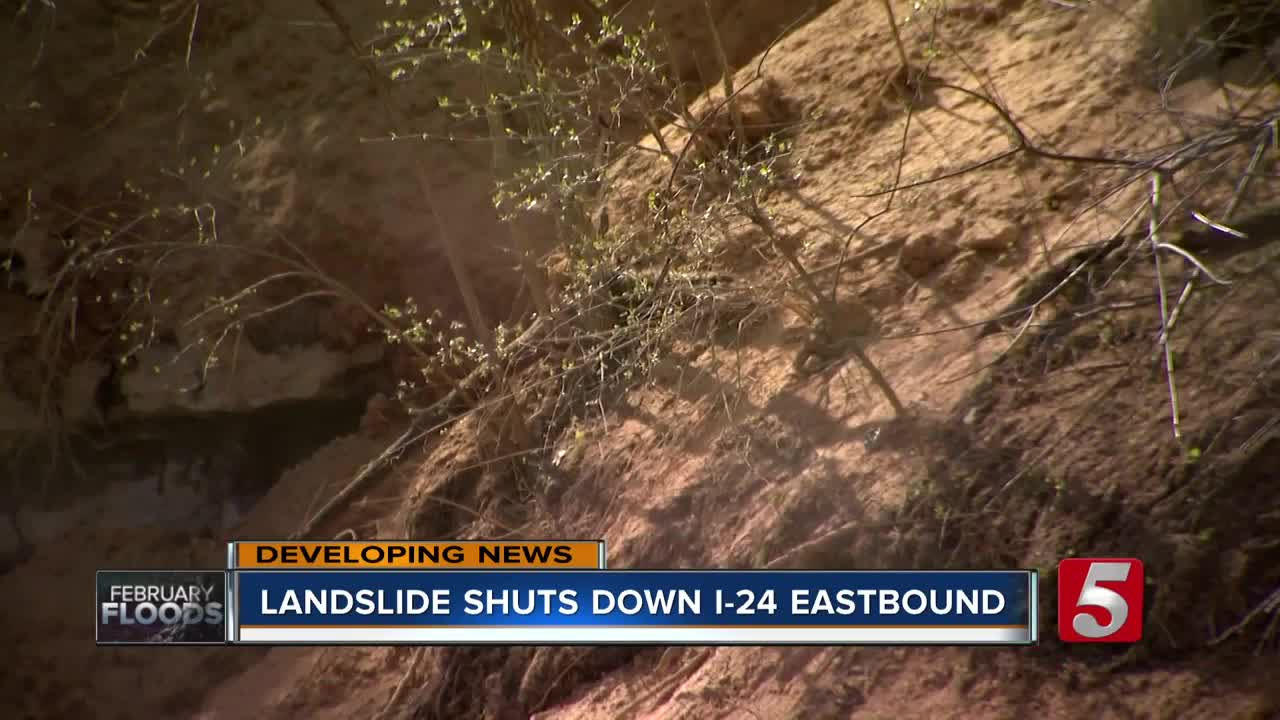 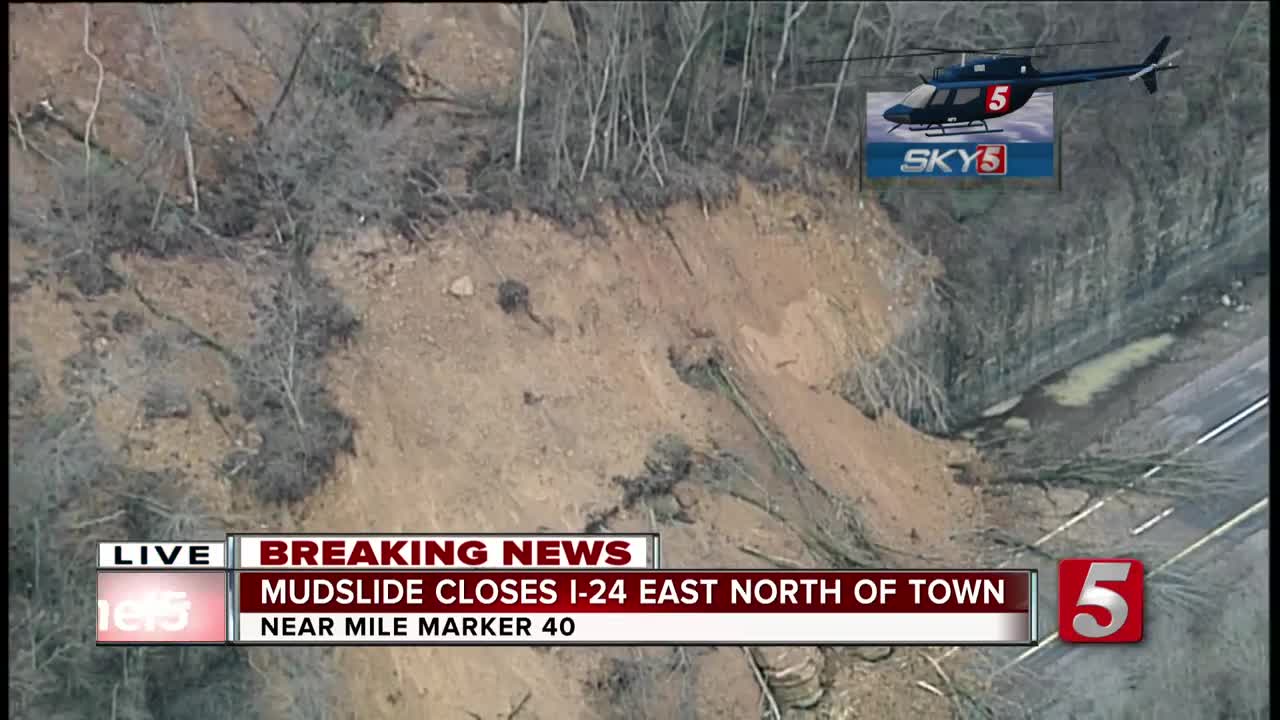 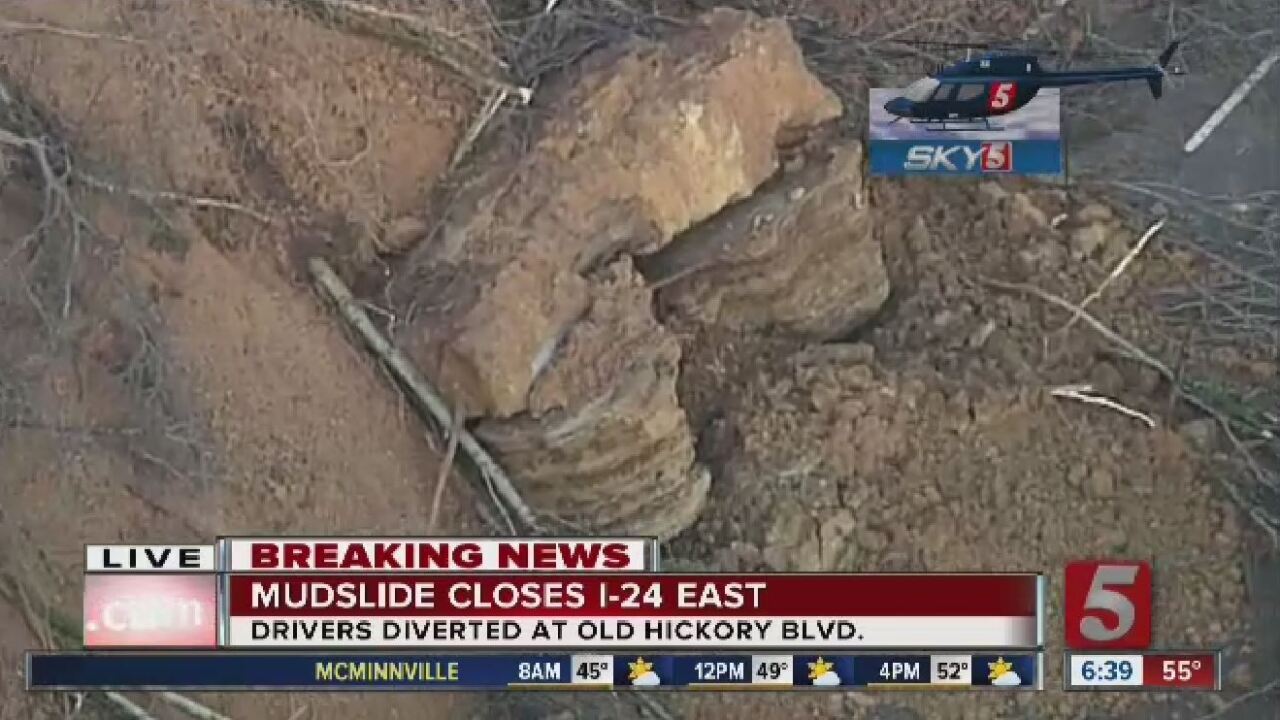 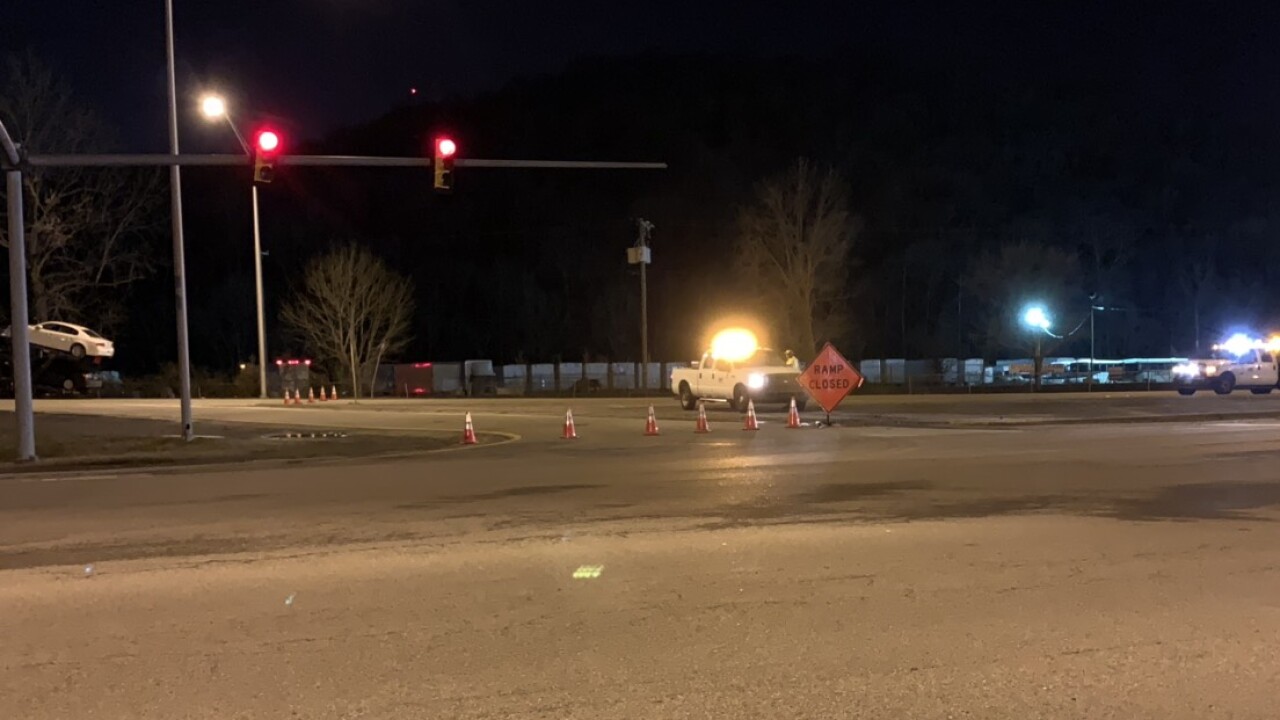 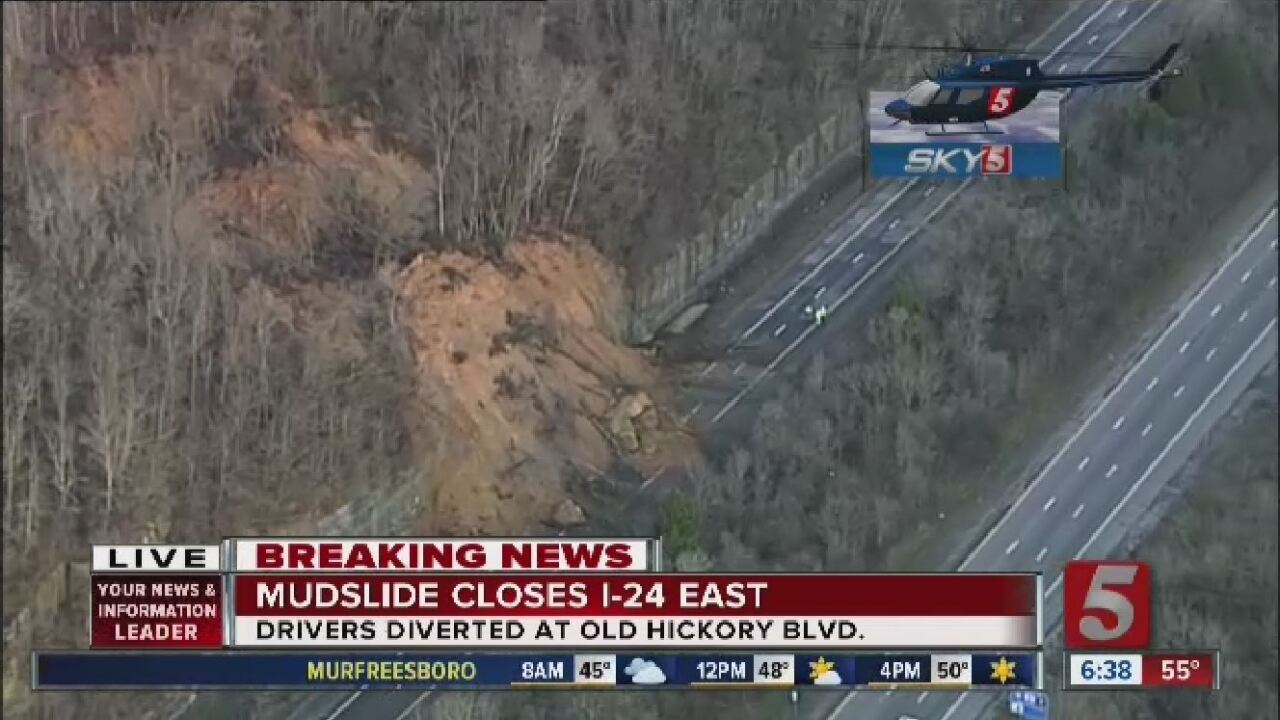 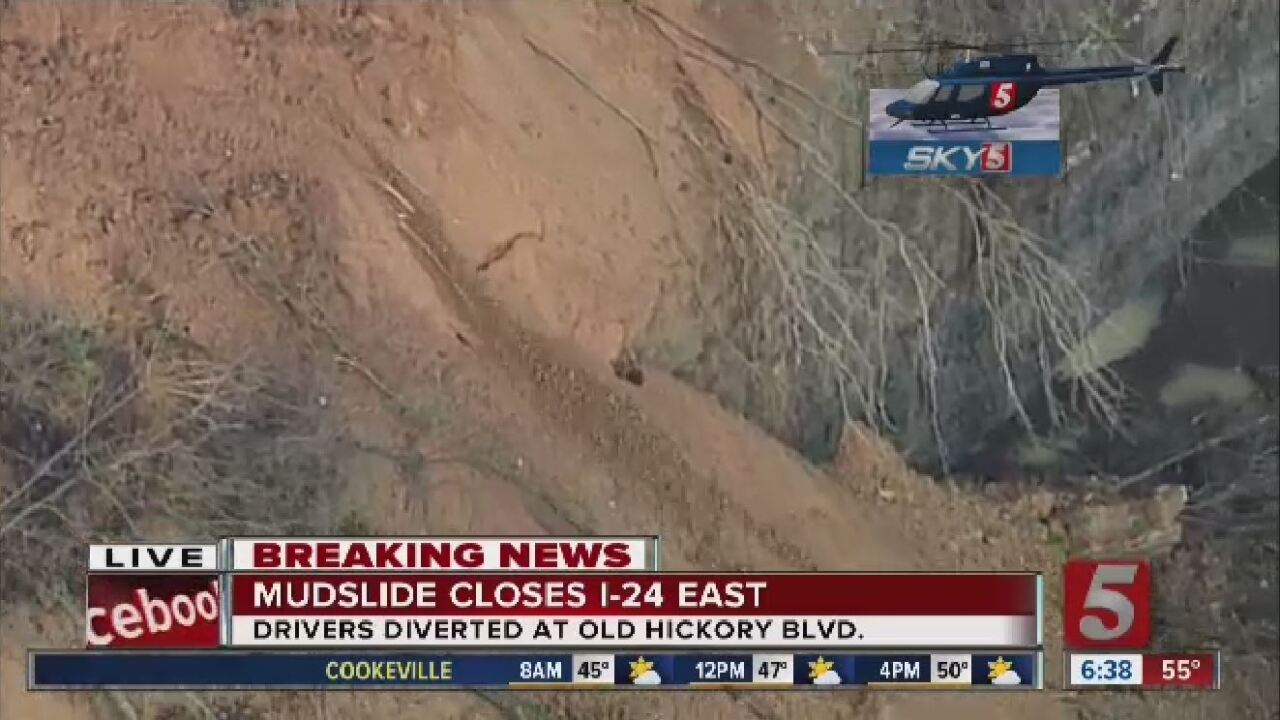 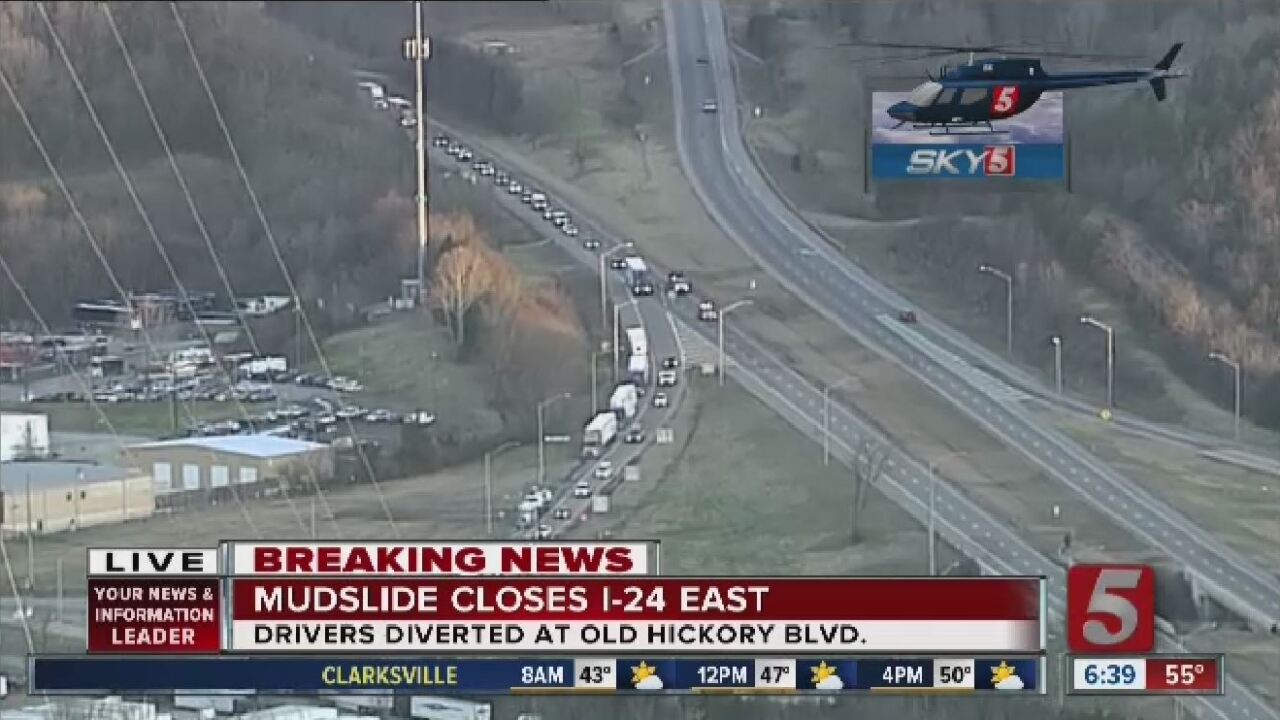 NASHVILLE, Tenn. (WTVF) — Crews with the Tennessee Department of Transportation responded to a landslide on I-24 Eastbound Saturday evening. The slide was reported between Old Hickory Blvd. and Briley Pkwy which caused a traffic backup on Sunday afternoon. The road will be closed for at least a week for cleanup.

TDOT crews on scene tell NewsChannel 5 part of a cliff face fell onto the interstate, causing mud and rocks to slide. You can watch their entire press conference from Sunday morning below:

Making matters difficult, the slide continues to move. TDOT crews said they won't be able to get near the slide until it stops, for safety reasons. Once it stops, they'll be able to start the cleanup process.

"A lot of mud come down," Michael Cothern said.

Along with mud, entire trees, and rocks came crashing down the side of the cliff. According to the Chief Engineer at the Tennessee Department of Transportation, officials have to keep the interstate closed for safety.

Paul Degges said, "It's quite possible that some of the trees, the roots have been compromised, will come down and bring more with them."

The property owner, Michael Cothern, said the landslide happened on his hunting property.

This is still considered a high risk operation, they fully expect more mud and trees to slide off the side of the cliff.

Degges said, "There's a second big collapse about 300 feet back from the road, it's very unstable, it's dangerous right now, we've got to be able to get that at a slope that is safe."

At a safe distance, they used a laser survey system to get a 3 dimensional analysis of the cliff. A drone was brought out for imaging, and the Tennessee Highway Patrol came out to monitor traffic in a chopper. They're waiting on the contractor to haul in equipment to get the job done.

Degges said, "We believe that our solution is to put in remove material, put the slopes in at a stable level, bring some heavy rock in to reinforce the earth, and then haul the material off."

Officials said there were 20 active slides in Tennessee on Sunday, and we're not out of the woods yet.