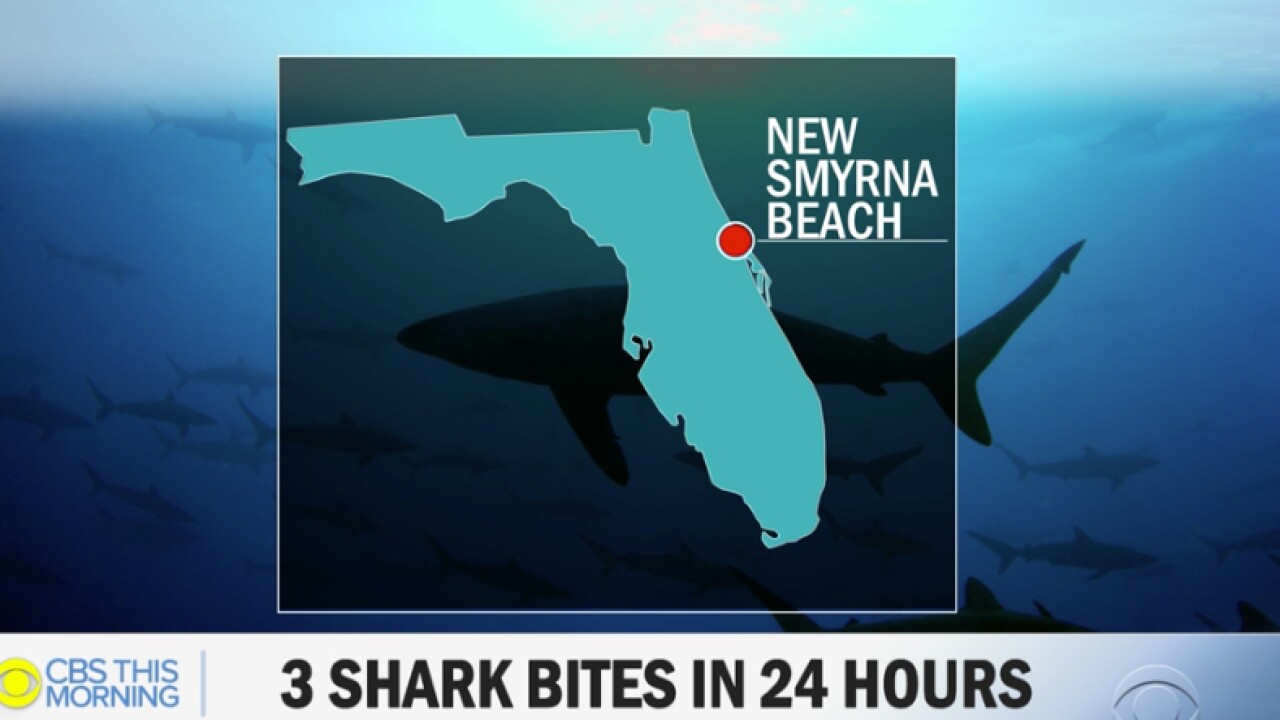 NASHVILLE, Tenn. (WTVF) — A Nashville man was one of three people bitten by sharks at the same Florida beach within a 24-hour span.

CBS News reports the man was standing in knee-deep water at New Smyrna Beach when a shark bit his right foot. He was treated for minor lacerations.

On Saturday, two surfers were bitten within minutes. None of their identities were immediately known.

It’s unclear what type of shark or sharks was involved.

According to CBS News, the community is known as the "shark bite capital of the world."