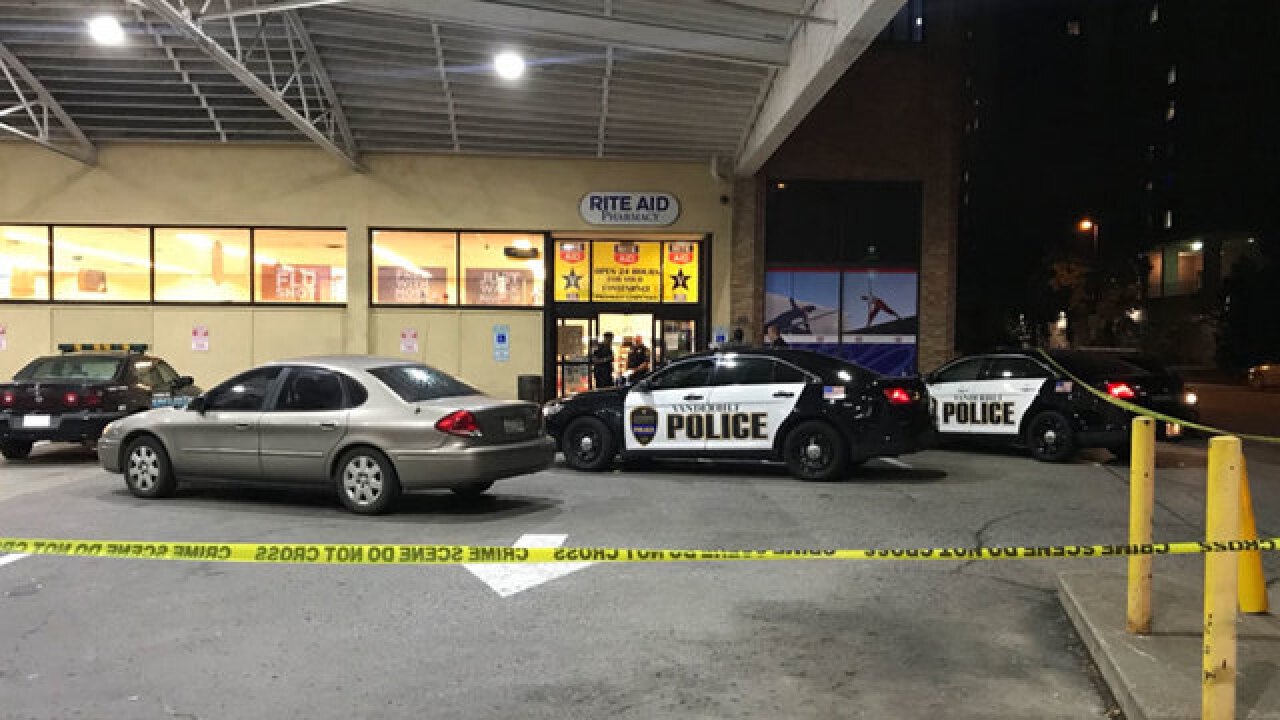 NASHVILLE, Tenn. (WTVF) — A Nashville man was found guilty in federal court for his role in a 2017 Rite Aid shooting.

After a week-long trial, Dionte Breedlove was found guilty of robberies affecting interstate commerce and using a firearm during and in relation to crimes of violence.

Breedlove was convicted in two robberies of the Rite Aid Pharmacy on West End Avenue on September 14, 2017 and October 9, 2017. During the robberies, he was helped by Rite Aid employee Carlos Valcarcel-Arocho.

Investigators learned that Valcarcel-Arocho was working during both robberies and texted Breedlove when it was time to enter the store. He acted as a victim during each robbery and helped put money into a bag from the safe and cash registers.

Valcarcel-Arocho pleaded guilty to charges relating to the robberies in June.

During the second robbery, Breedlove shot an unarmed security guard in the chest at close range. The man underwent emergency surgery, but doctors were unable to remove a bullet that remains lodged in his spine.