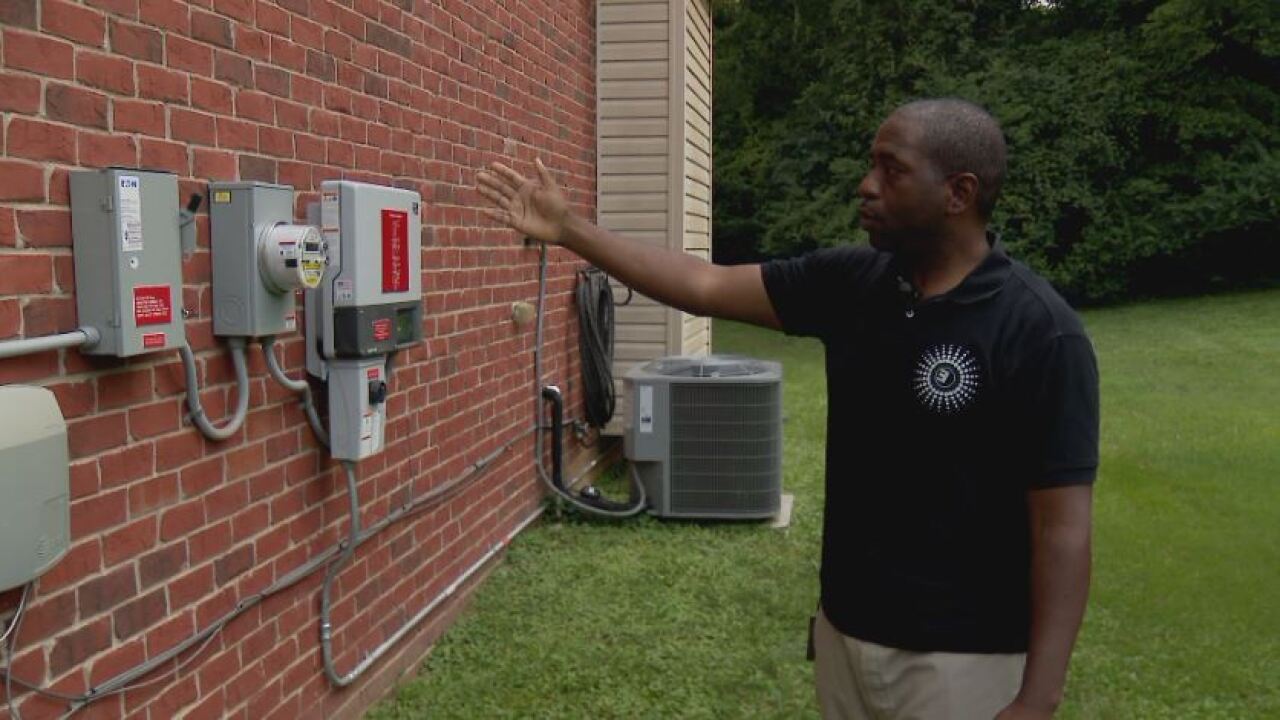 "These are the solar panels," Carney said, pointing to his rooftop solar array that went online in November of last year. "For the day, it has made 20.8 kWh."

Carney is no stranger to solar; he's been around the industry for years. He currently runs his own clean energy company, Energy Electives . Still, as he was getting final approval for the grid, the Nashville native noticed something unusual: he didn't know any other families of color with solar grids.

"Just looking when I drive around in communities of color, I don't see it," he said. Carney even asked a worker giving approval to his solar array if he knew of any other black families with a rooftop grid. The answer, Carney said, was vague.

It's not the first time Carney has felt alone. He said during his years in the solar industry, he's usually the only person of color in the room.

"I'm the only African-American that's certified to design in the TVA region," Carney said. After years in the industry, he's grown to know many of his colleagues, but he said at first it was intimidating.

So his new grid led to a new mission to use solar power set-ups to empower minority communities. Carney said that starts with education.

"It became apparent as we went out into the community that people didn't know about solar," he said. "In minority communities and communities of color where there's wage disparities and all kinds of safety issues, things that you have to look far in advance to do are hard to pay attention to."

Carney said that, in many cases, minority communities are on the front line of climate change. Locally, he cited flooding issues in the Bordeaux area and a landslide not far from his home earlier this year . Carney said that, along with financial incentives, are why those communities need to put a focus on renewable energy.

Carney put together plans for community solar arrays that could go into minority communities. His first project started outside Whites Creek High School, where he helped students create a solar array to help power the school. The effort, he said, was a chance to introduce minority youth to solar power, and an opportunity to show students of color that jobs in the renewable energy industry are possible.

"It was a student let project," Carney said. "They picked the location, they talked to the contractors, they went to the codes office."

And, earlier this year, the students flipped the switch on the high school solar grid.

"It lights me up," Carney said when asked about his reaction to the students' solar success. But Carney hopes that was just a first step in bringing solar power to more minority communities, and bringing more people of color into the solar industry.

Carney said there are several things that can be done on the local and state level to add incentives to residential solar arrays.