Nashville neighborhood coalition says they were 'duped' by political flyers

Who sent out the flyers? 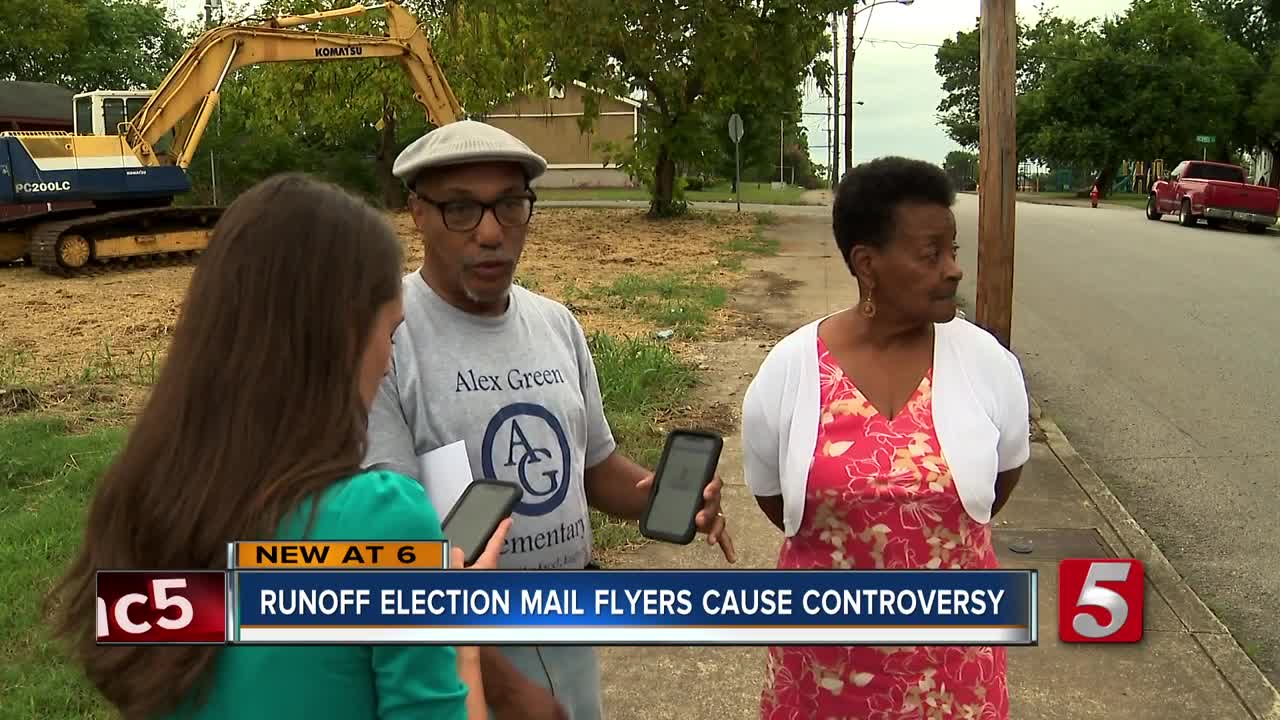 A batch of political mail flyers is causing controversy in the Haynes-Trinity neighborhood as the district 2 Metro Council runoff race heats up. 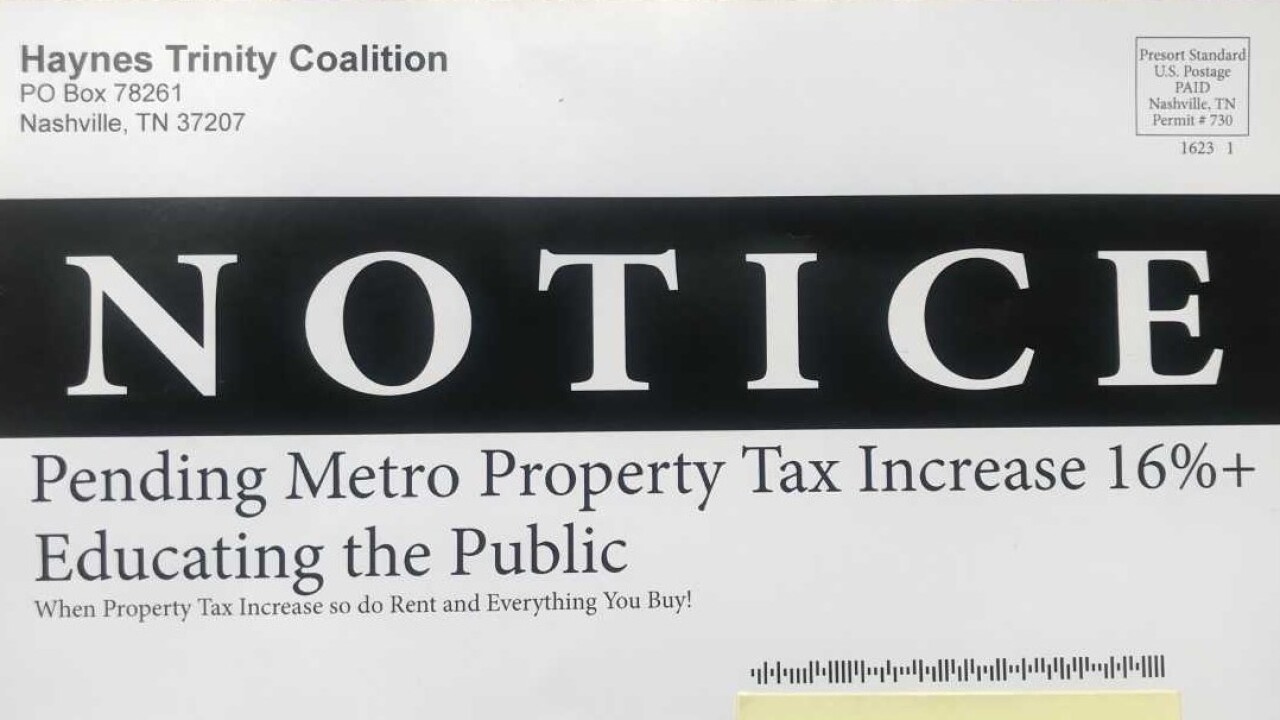 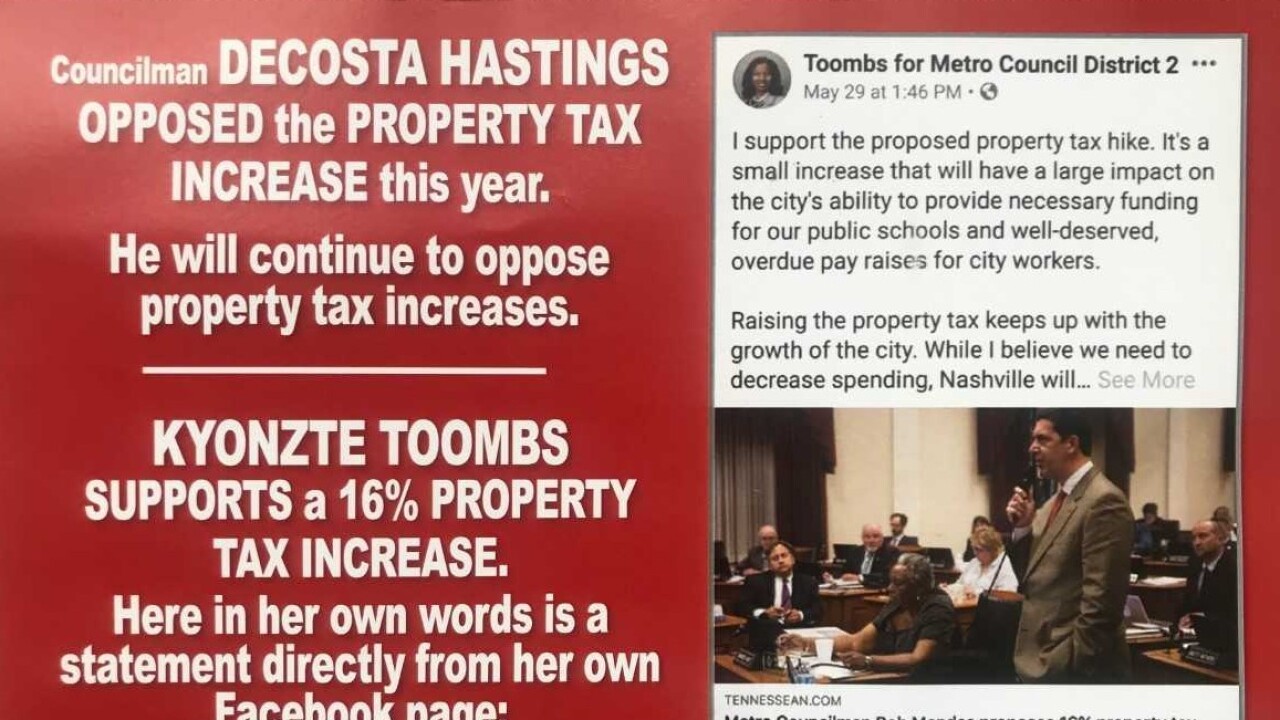 NASHVILLE, Tenn. (WTVF) — A batch of political mail flyers is causing controversy in the Haynes-Trinity neighborhood as the district 2 Metro Council runoff race heats up.

The flyers say Metro Council candidate Kyonztè Toombs would have voted for a property tax increase when his opponent, Metro Council Member DeCosta Hastings voted against it during previous budget talks. The flyers were addressed from the Haynes Trinity Coalition. However, members of the original Haynes Trinity Neighborhood Coalition said the flyers were not distributed by them.

It turns out, Danavan Hylton, a DeCosta Hastings supporter, registered a new group with the same name with the state. He posted a Facebook video about it, and then issued a statement:

"This past weekend a legal organization called Haynes - Trinity Neighborhood Coalition was formed. The new coalition was formed to help the citizens truly understand what was happening in the North Nashville area. I was named President and the plan is to have the first meeting in late September. All citizens living in the Trinity Lane and Whites Creek Pike area are welcome to be members.

I have lived here with my wife and children for 7 years now, and I actually ran for Metro Council 4 years ago. I lost and supported DeCosta Hastings for Council. After he won, I watched his actions closely. He has worked hard for our community everyday since he has been in office. The continued scrutinizing from a non legal organization on Facebook that kept attacking him and criticizing him was insulting.

We will operate the new Haynes - Trinity Neighborhood Coalition with transparency and accuracy. We will meet once a month in all of our dealings. The mission statement of the coalition is to educate the general public about events and plans for growth and new development happening in the Trinity Lane and Whites Creek Pike Areas including, but not limited to the Haynes Manor area of Metropolitan Nashville Council District 2. We also strive to hold public officials and candidates for public office accountable for their actions and positions they take when seeking to represent the district in public office."

Joyce George, a member of the original Haynes Trinity Neighborhood Coalition, said she feels they were taken advantage of since they didn't register their name in 2018.

“Duped! That it is inappropriate, a little deceitful, and wrong!" George said.

George said they registered their group's name with the state after what happened. She fears voters will think the flyers are from them.

"We got two organizations now with the same name, so it’s very confusing for the Nashville public," George said.

Metro Council Member DeCosta Hastings said he did not authorize the flyers to be sent out.

"My campaign team had nothing to do with this," Hastings said.

Hastings said he confronted supporter Danavan Hylton about it.

"After speaking with him, because I was very perplexed when I received the actual mailer, I was explaining yes it was, yes it was them. ‘Councilman we did not want to get you involved, we are sorry that it's coming to you sidetracked, but the information everything on the card was factual,'" Hastings said.

Metro Council candidate Toombs feels the flyers were a last-ditch effort to get votes. She knew it was not from the original Haynes Trinity Neighborhood Coalition.

"It was really a waste of time and a lot of money spent for nothing," Toombs said, "I kind of dismissed the whole attempt to recreate it as something that’s meant to distract from what the real issues are."

The runoff election in Metro Nashville is on September 12th.