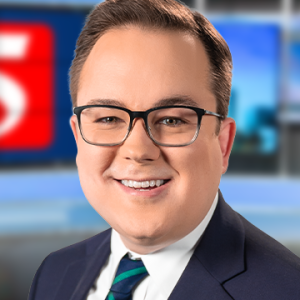 Mid-state photographer Madison Thorn is trying to share the stories and faces of these individuals in a project she's calling "High Risk Humans."

NASHVILLE, Tenn. (WTVF) — COVID-19 has a lot of us spending more time inside at home. But for some Tennesseans, it's not a choice in this pandemic.

Mid-state photographer Madison Thorn is trying to share the stories and faces of these individuals in a project she's calling "High Risk Humans."

Armed with just her camera and her compassion, Thorn tells the stories of those who are at higher risk of developing complications if they contract the coronavirus -- many of whom do not show outward signs of their vulnerability.

"You can't just look at them and say, 'They're high risk.'," Thorn said. "They’re your neighbors, they’re part of your community."

Thorn began working on this project when her job as a concert photographer disappeared because of COVID-19.

It was an idea born from what she saw during the recent protests -- not the ones advocating for racial justice, but earlier protests where Tennesseans marched around the state capitol, urging lawmakers to re-open businesses.

In news footage of the protest, she saw a message written on a sign someone was holding. It read: "sacrifice the weak."

"It caused this feeling of isolation, and on top of that, you have people trying to tell you you’re not worth anything," Thorn said.

Thorn herself has Type 1 Diabetes, a risk factor for COVID-19.

"When I started to interview people who are also high risk, I realized that we are far from alone," Thorn said.

Her work tells the stories behind the faces that are usually behind masks. For each profile, she feverishly takes notes and listens to each subject, following a socially-distanced photo shoot.

"It’s such a small act, but it’s an act of kindness at this point, to listen to people’s stories," Thorn said.

What she hears, she says, is a community of people, many staying home, but begging to be seen.

And that, Thorn says, is the point behind each smile: Not for her subjects to be seen as someone at risk because of COVID, but just as a neighbor, a father, a sister or a friend.

"If one person goes to the website and chooses to lead their actions with empathy, you’re changing the world," Thorn said.

So far, Thorn has featured 17 people in her photo series. She says she'll keep taking pictures as long as there are stories to tell.

Here is a link to Madison's entire High Risk Humans project, including how you or someone you know can be featured the photo series.