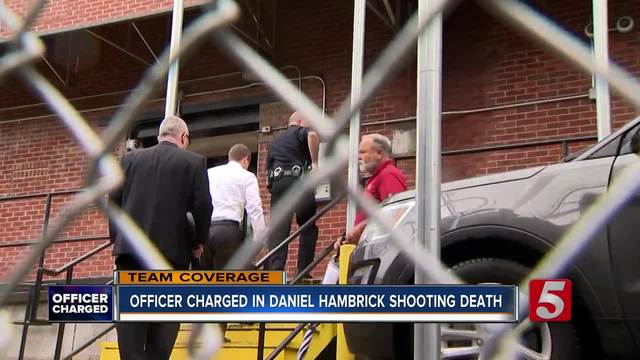 A Metro Nashville police officer has been charged with criminal homicide in the shooting death of Daniel Hambrick. 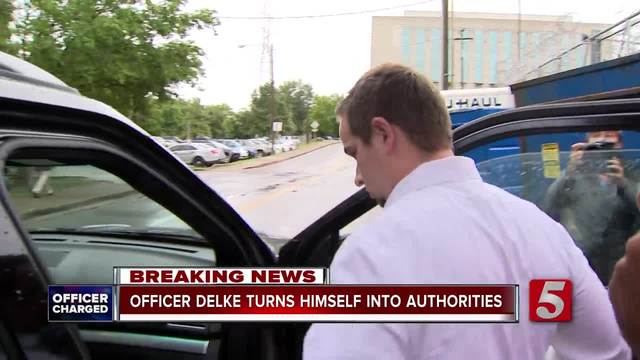 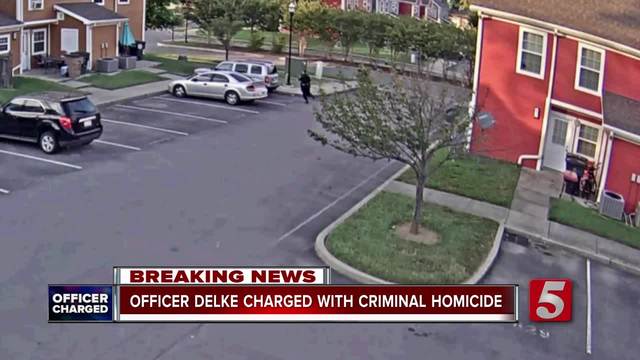 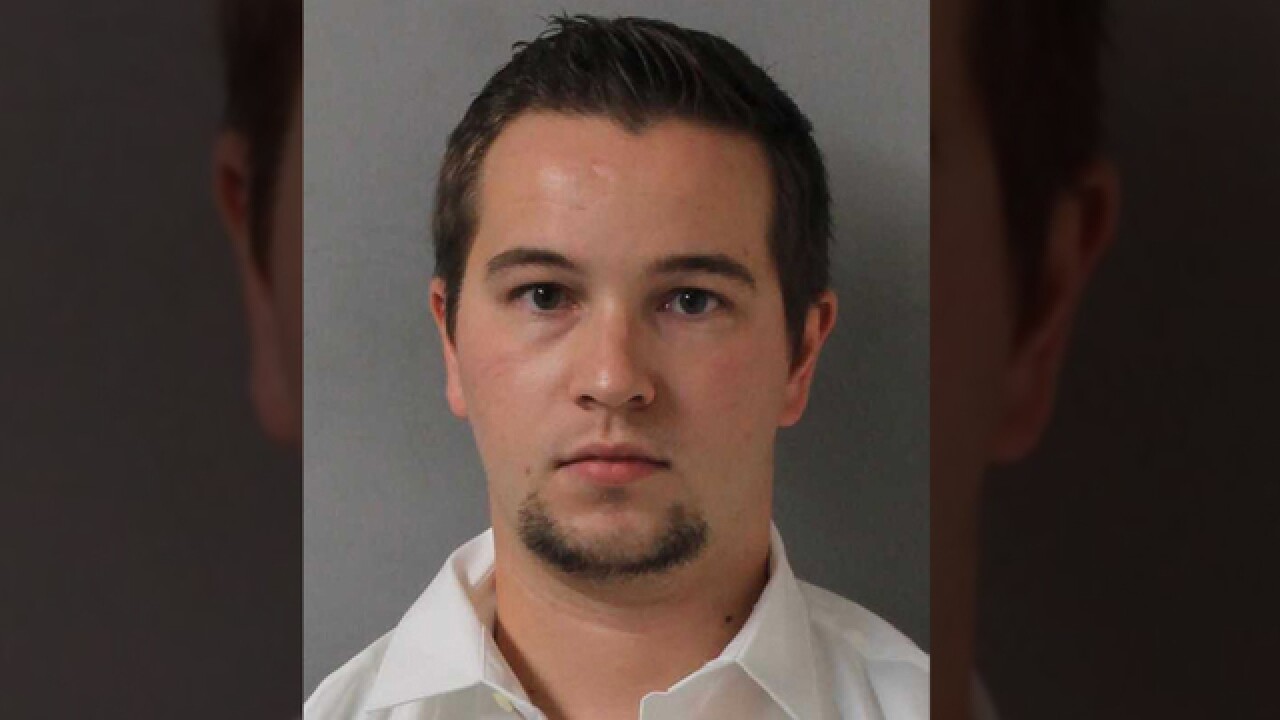 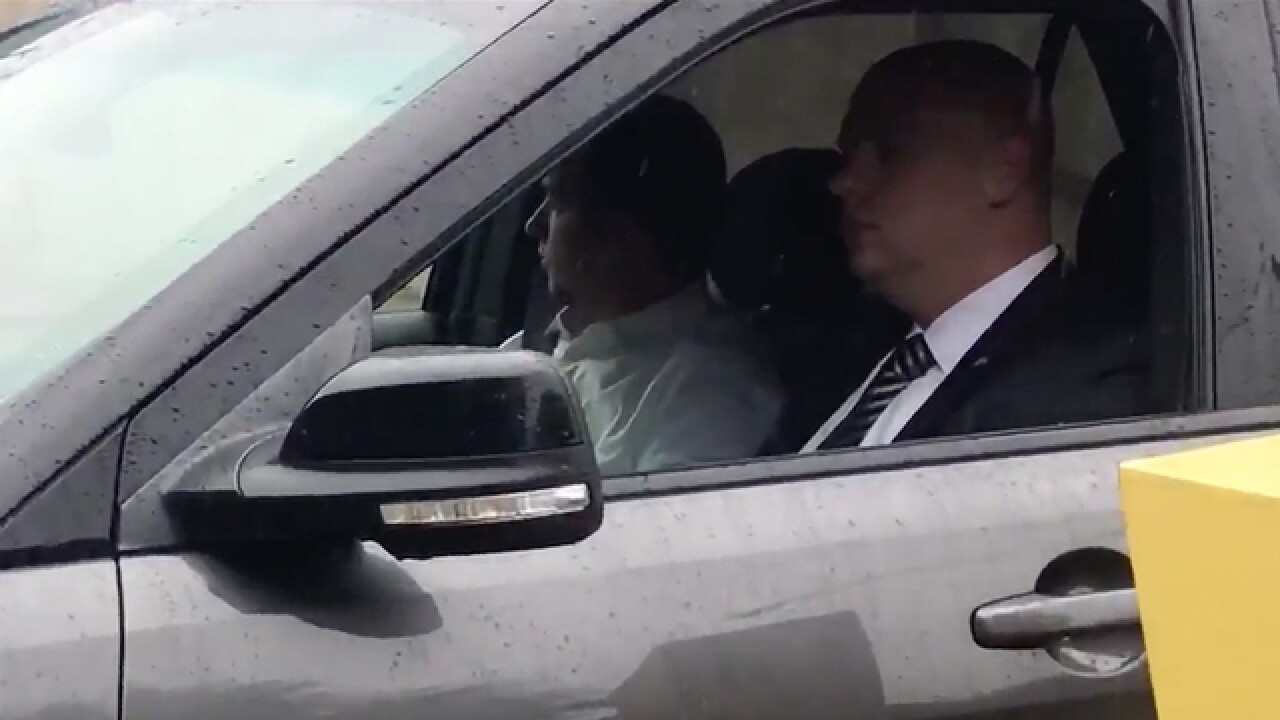 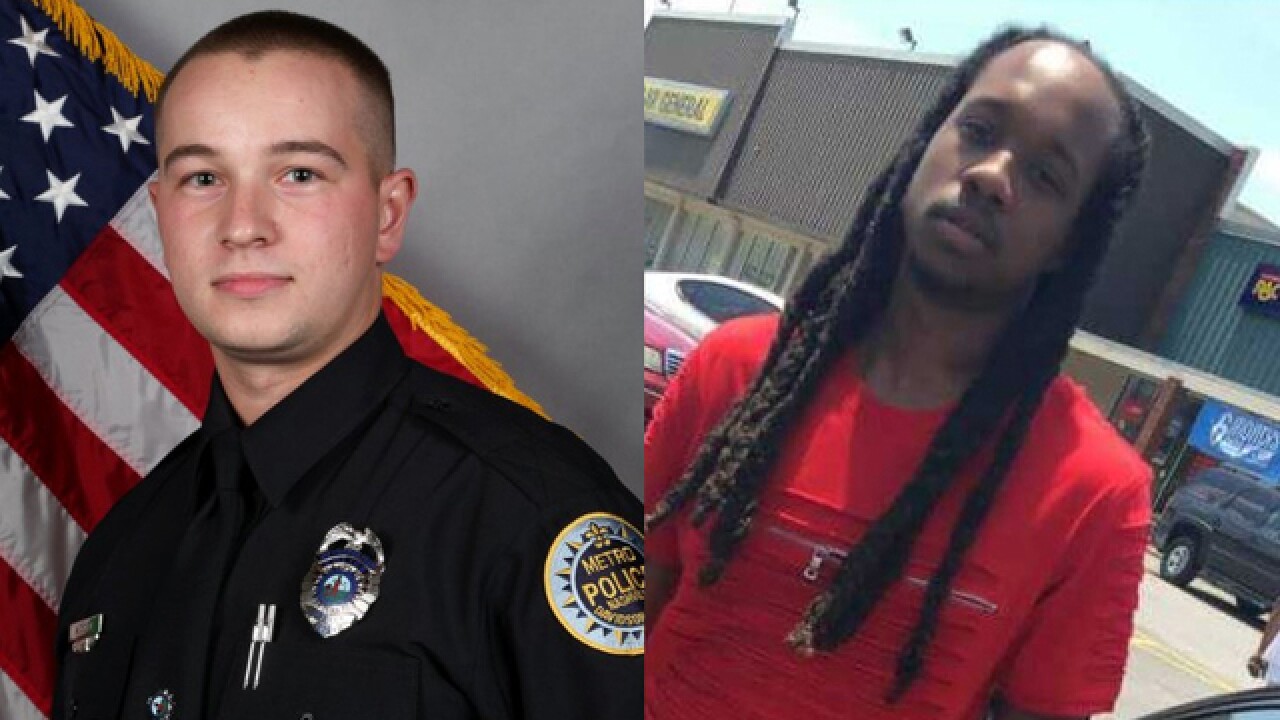 A Metro Nashville police officer has been charged with criminal homicide in the shooting death of Daniel Hambrick.

Earlier in the day, a magistrate ruled there wasn't enough evidence to charge Andrew Delke after the District Attorney’s office sought a criminal homicide charge in the case.

Another judge later signed an affidavit, saying there was probable cause to charge Delke. A warrant was issued for his arrest and he later surrendered to police. He has also been decommissioned, according to Chief Steve Anderson.

No response from Andrew Delke as he leaves booking. He’s been charged with criminal homicide for the shooting death of Daniel Hambrick. @NC5 pic.twitter.com/379ajiASZ0

"The police department rules and regulations require an officer to act, even when there's personal risk," Delke's attorney, David Raybin, said in a press conference Thursday afternoon. "Officer Delke was following the law and his training."

"This morning I requested TBI Special Agent in Charge Russ Winkler to obtain a warrant charging officer Andrew Delke with criminal homicide.  The decision to institute charges by warrant as opposed to presenting the matter directly to a Grand Jury allows this case to be presented in open court in as transparent a manner as possible, because Grand Jury proceedings are secret and not open to the public. As this is a pending criminal case, I will have no further extrajudicial comments."

Hambrick, age 25, was shot and killed by Delke on July 26, 2018. According to police, Hambrick led the officer on a short foot chase prior to the shooting.

Hambrick was pulled over on the corner of Jo Johnston Avenue and 17th Avenue North. Delke had reportedly been following a suspicious Impala, but he had lost track of it and reportedly mistook the one at the corner as the one he was searching for.

He spotted the vehicle Hambrick was near, and multiple people were nearby.

Authorities said Hambrick then began to run, and a gun was spotted in his hand.

According to an affidavit, Delke gave several verbal commands for Hambrick to stop. When he did not, Delke "decided to use deadly force," the police report said.

Four shots were fired -- striking Hambrick in the center of his back, his torso, and the back of his head. A fourth bullet struck a nearby building.

Hambrick died at the scene.

In a video from Martin Luther King Junior Magnet High School released by authorities, Hambrick was seen running away when he's shot.

The incident sparked outrage from the community and prompted renewed calls for a community oversight board .

The NAACP held a press conference Wednesday afternoon during which the mother of Jocques Clemmons spoke. Clemmons was shot and killed by a Metro officer in February 2017 .

While speaking Wednesday, Clemmons' mother stated, "Justice for him [Daniel Hambrick] is justice for Jocques."