Sunday put an end to the Tennessee Titans nine year stretch without a playoff appearance. 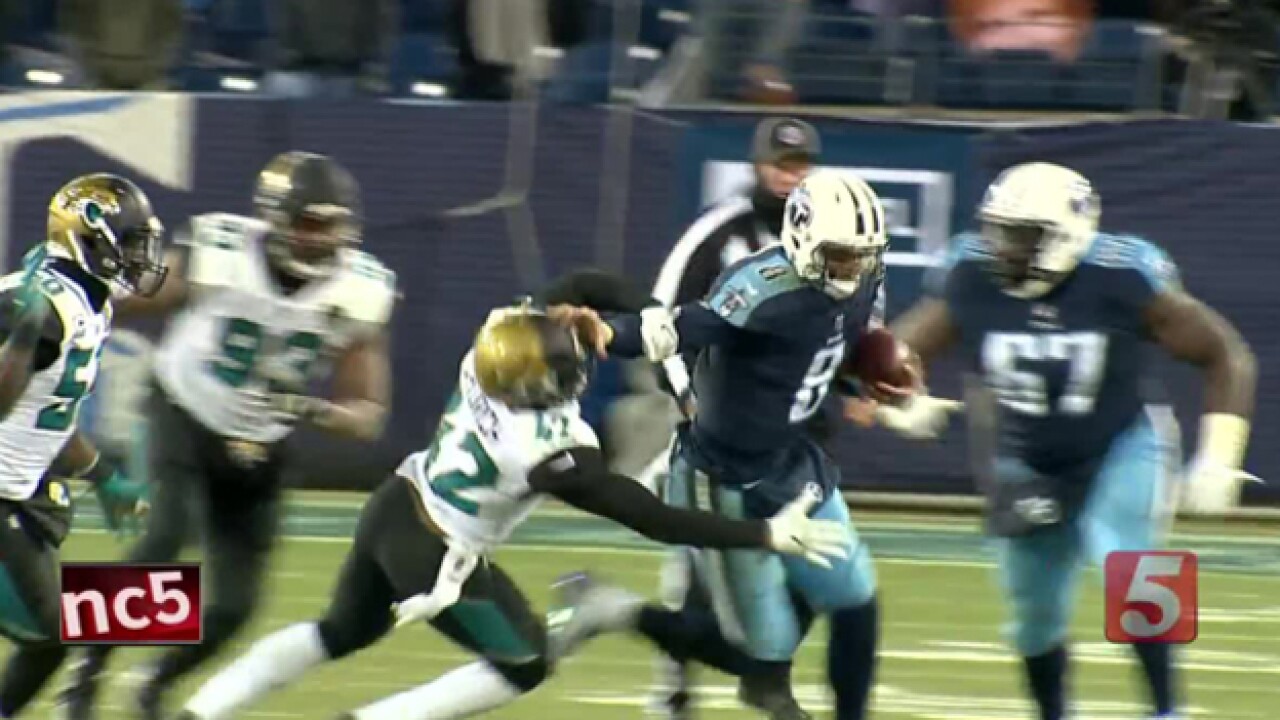 Sunday put an end to the Tennessee Titans nine year stretch without a playoff appearance.

The 15-10 win over the Jacksonville Jaguars secured the Titan's wildcard spot against the Kansas City Chiefs on Saturday January 1. The Titans wrapped up the regular season with a 9-7 record.

"It's fun when people are excited about stuff," said employee Lance Bowers. "When your local team is playing well, people want to show their pride and they have to go somewhere to get something new."

The big win even created the perfect moment for one of the Titans, Quinton Spain, to propose to his girlfriend.

What’s the best way to ring in the new year and celebrate a playoff berth?

Proposing to the love of your life. Congrats @quinton_spain! 💍 pic.twitter.com/d8iP3hGn2F

Fans are also excited for what the playoffs could mean for the Titans. Though with some trepidation.

"It's tough. We've up and down all year," said Samuel Moore. "But with Marcus Mariota, we always have a shot with that guy. I believe in him."

Saturday's game against the Chiefs starts at 3:35p.m. and will be in Arrowhead Stadium. The Chiefs ended the season 10-6.