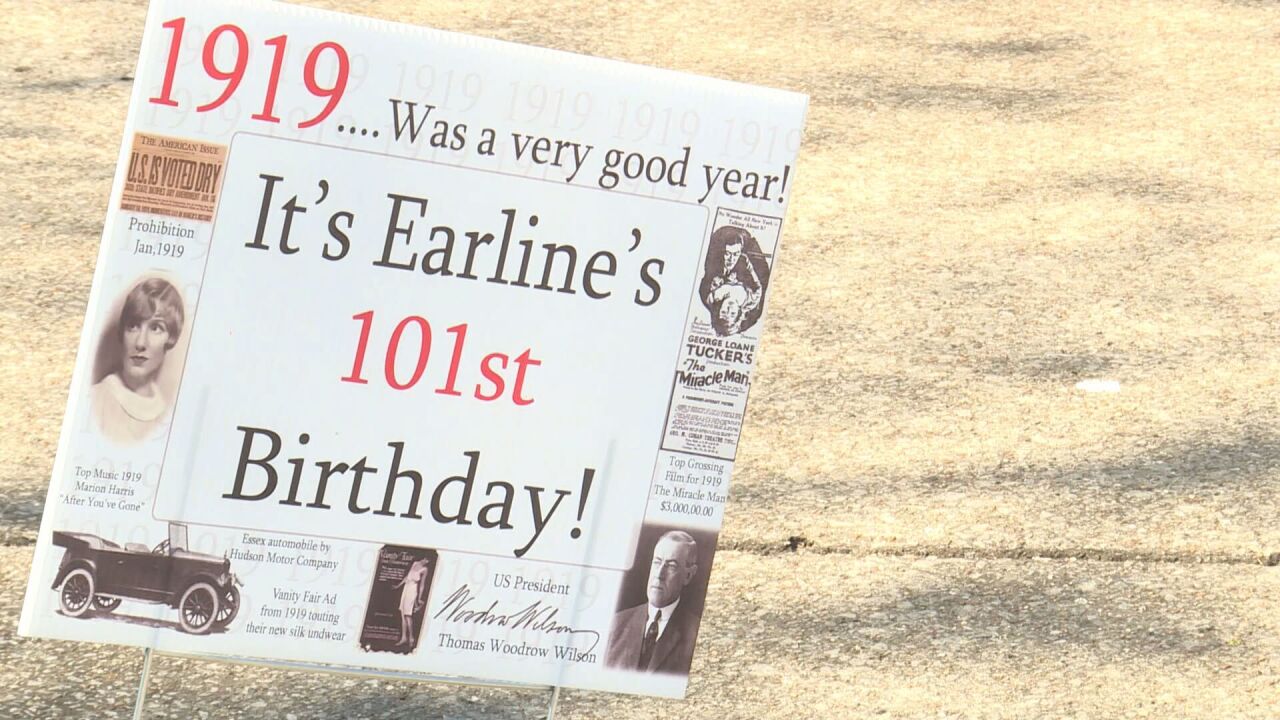 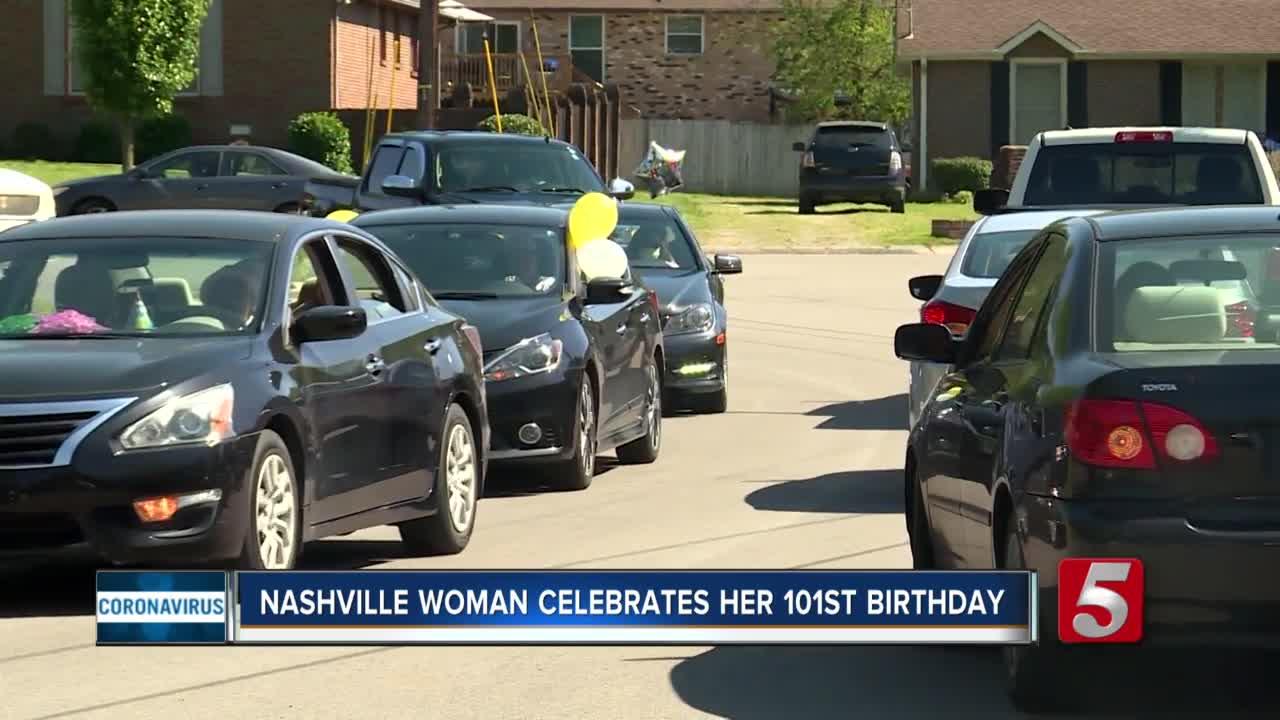 NASHVILLE, Tenn. (WTVF) — When COVID-19 prevented a Nashville woman from throwing a party for her 101st birthday, her family surprised her with a drive-by celebration.

Dozens of cars streamed through the Northwest Nashville neighborhood, waiting for a chance to wish Earline Hundley Hudson a happy birthday.

"Oh, I don’t believe this,” Hudson said while the cars drove by her home.

"We thought that people could just drive by, honk and pay their respects and keep moving," said Angela Pulce-Reed, Earline's granddaughter.

A total of 72 cars were in the birthday parade.

"I was like, 'oh my gosh, I hope we’re not breaking any laws!'" Pulce-Reed said, adding that the large turnout shows how special her grandmother is.

"My grandmother has been giving and doing from the depths of her heart for her family since day one, and she doesn't expect anything in return," Pulce-Reed said. "It's just nice to know that even in times like these, that people will take time out of their schedule to show a little love."