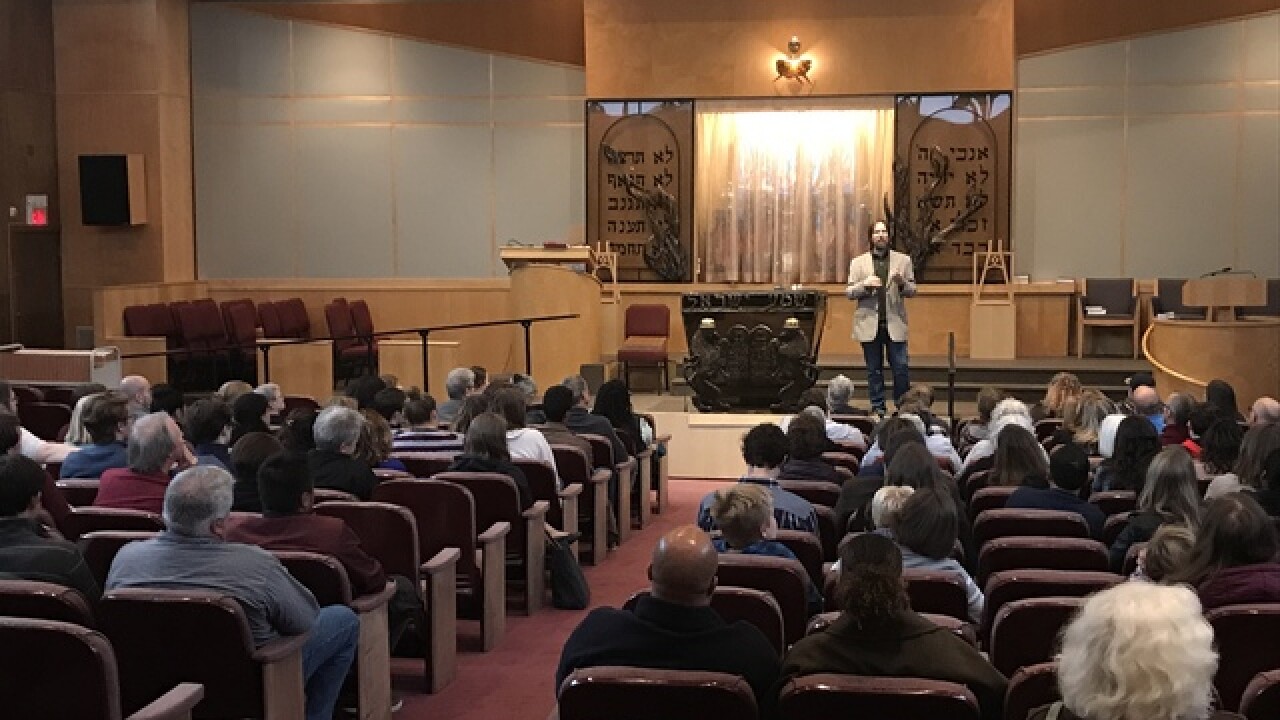 Dozens of Nashvillians went on a tour across the city on Sunday, visiting places of worship and learning about different faiths as they went.

This was the fourth annual 'Tour of Places of Worship,' but religious leaders said this year the event felt different. The tour came just eight days after a gunman opened fire in a Pittsburgh synagogue, killing 11 people.

"I'm Jewish and that has really affected me," Judy Saks said. "It's frightening frankly, to think these types of things happen in this country"

But on Sunday, her fear was replaced with hope as she watched dozens of people crowd her synagogue to learn more about her faith.

"I've met people today who said they were almost drawn to this because of what's been happening," she explained.

One of those people was Yvonne Kendall.

"That was one of the reasons I thought about coming," Kendall told me. "Especially to come here to make it clear that we are not going to live in fear."

The synagogue was the third of four stops on the tour. People on the tour also saw a Christian church, a Hindu temple and visited the Islamic Center of Nashville. Saks said she hoped the experience was a small step toward change.

"That's kind of what we're trying to do here. Trying to get people to see other people for who they are and understand we're all humans," Saks said.