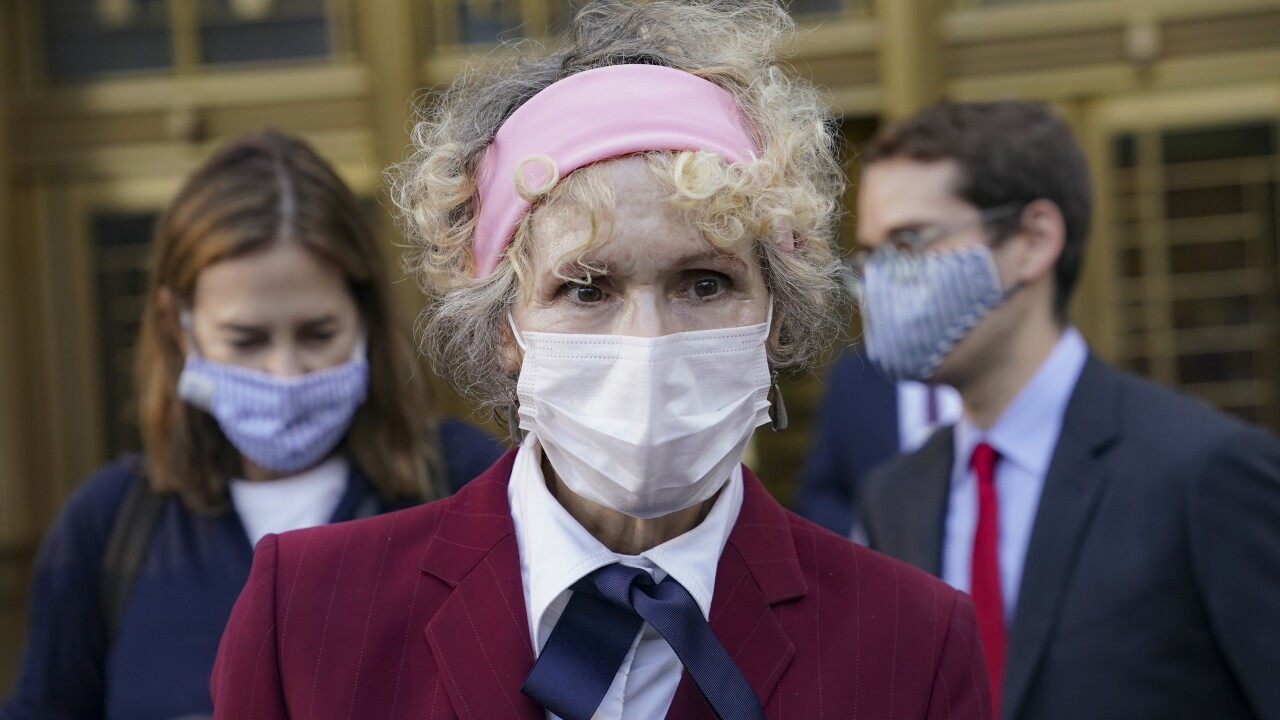 Copyright 2020 The Associated Press. All rights reserved.
John Minchillo/AP
E. Jean Carroll, who says President Donald Trump raped her in the 1990s, leaves the Daniel Patrick Moynihan United States Courthouse following a hearing in her defamation lawsuit against Trump, Wednesday, Oct. 21, 2020, in New York. A federal judge on Tuesday denied President Donald Trump's request that the United States replace him as the defendant in a defamation lawsuit alleging he raped a woman in a Manhattan department store in the 1990s. (AP Photo/John Minchillo)

NEW YORK (AP) — A judge has denied President Donald Trump's request that the United States replace him as the defendant in a defamation lawsuit that alleges that he raped a woman in a Manhattan luxury department store in the 1990s.

The decision Tuesday by U.S. District Judge Lewis A. Kaplan came after the Justice Department argued that the U.S. and by extension American taxpayers should replace Trump as the defendant in the lawsuit filed by E. Jean Carroll.

The judge ruled that Trump's public denials of the rape allegation came outside the scope of his employment as president.

The Washington Post obtained Kaplan’s 59-page ruling, which said Trump didn’t qualify as a federal “employee” and that he wasn’t acting “within the scope of his employment” when he denied Carroll’s rape allegation during 2019 interviews.

During those interviews, Trump claimed Carroll was “totally lying” to sell a book and denied ever meeting her, though they were photographed together in the late 1980s.

Carroll’s lawsuit claims the president harmed her reputation when he denied the allegation and branded her a liar, The New York Times reports.