Several small rallies held across Nashville to 'Save our Post Office'

Similar protests were also planned across the country 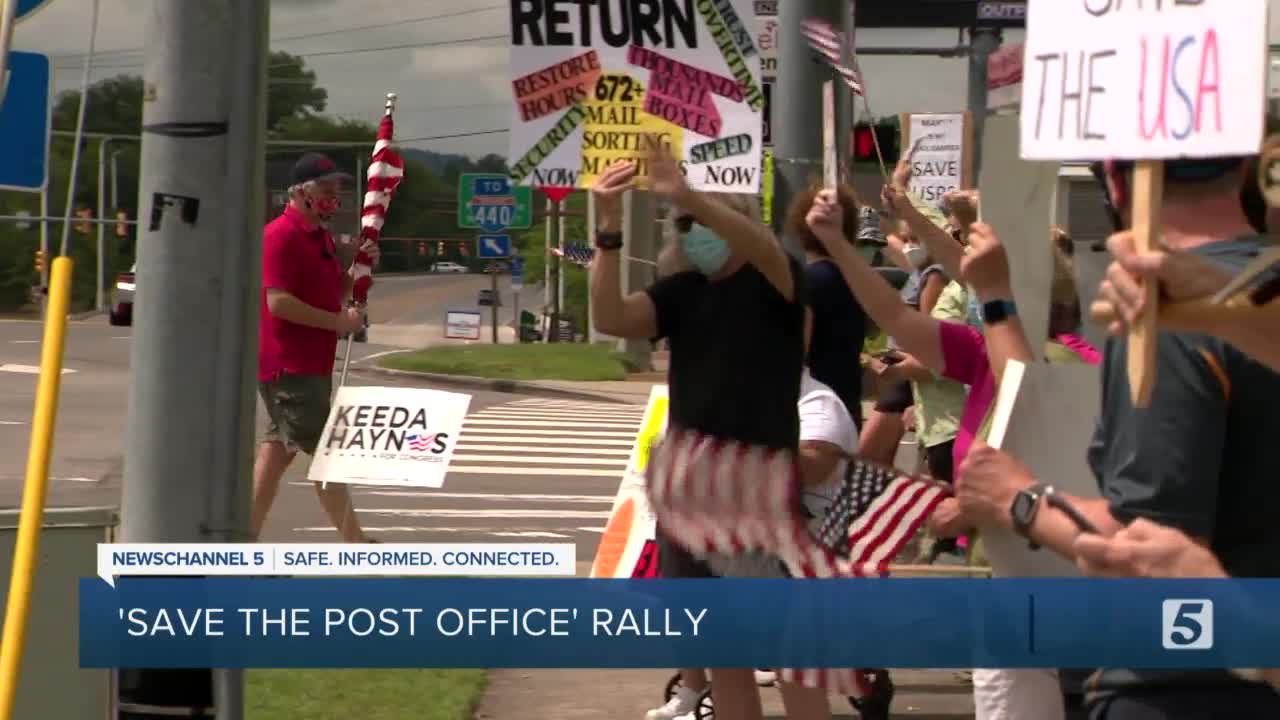 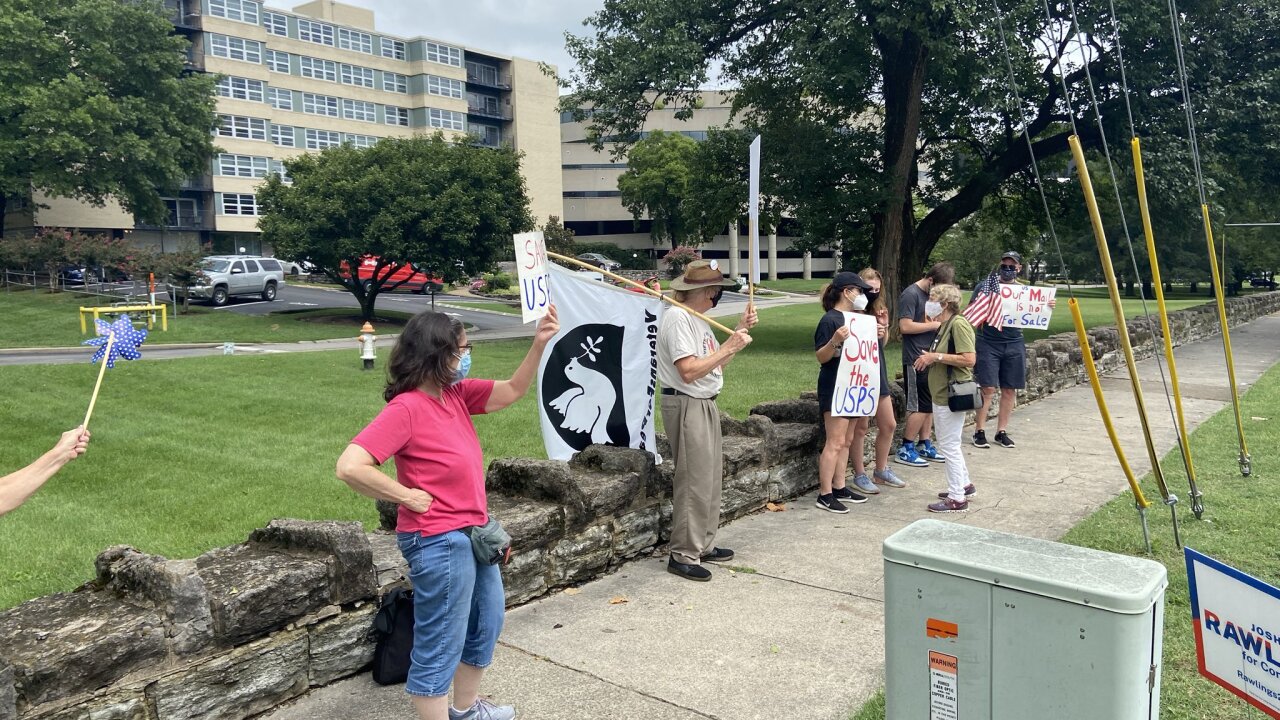 NASHVILLE, Tenn. (WTVF) — About 30 protesters gathered in front of lawmaker's offices in Nashville Saturday morning to send a message about the post office.

"We just want to preserve the Postal Service," said Joe Counts, who attended with his family.

Controversy first erupted a few weeks ago, when U.S. Postmaster General Louis DeJoy started an overhaul of the mail system just months before a Presidential election. That overhaul was projected to cause delivery delays across the country.

"We’re getting into political agendas and who the hell is worried about the people?" asked Lewis.

Now DeJoy has promised to delay those reforms until after the November election but the changes that were already made, like removing collection boxes in certain cities, will remain in place.

"Restore the operations of the post office as to what they before Mr. DeJoy who should be in DeJail came into office," said James Horn, who attended the protest with his wife.

Neither Alexander or Blackburn were in their offices at the time of the rally. Earlier this week, Blackburn called the reforms needed, and tweeted this out last weekend calling the controversy a hoax to discredit President Donald Trump.

"We have two senators that don’t seem too enthusiastic in terms of us having a fair election in the fall," said Horn.

Whether you call it a hoax or a harrowing abuse of power, it seems like this debate is unwrapped and here to stay. "This is what you see here now, people concerned with their government and how much of that government is about them," said Lewis.

Rallies like these were held across Nashville and across the country. DeJoy told a Senate committee on Friday he has no plans to step down.