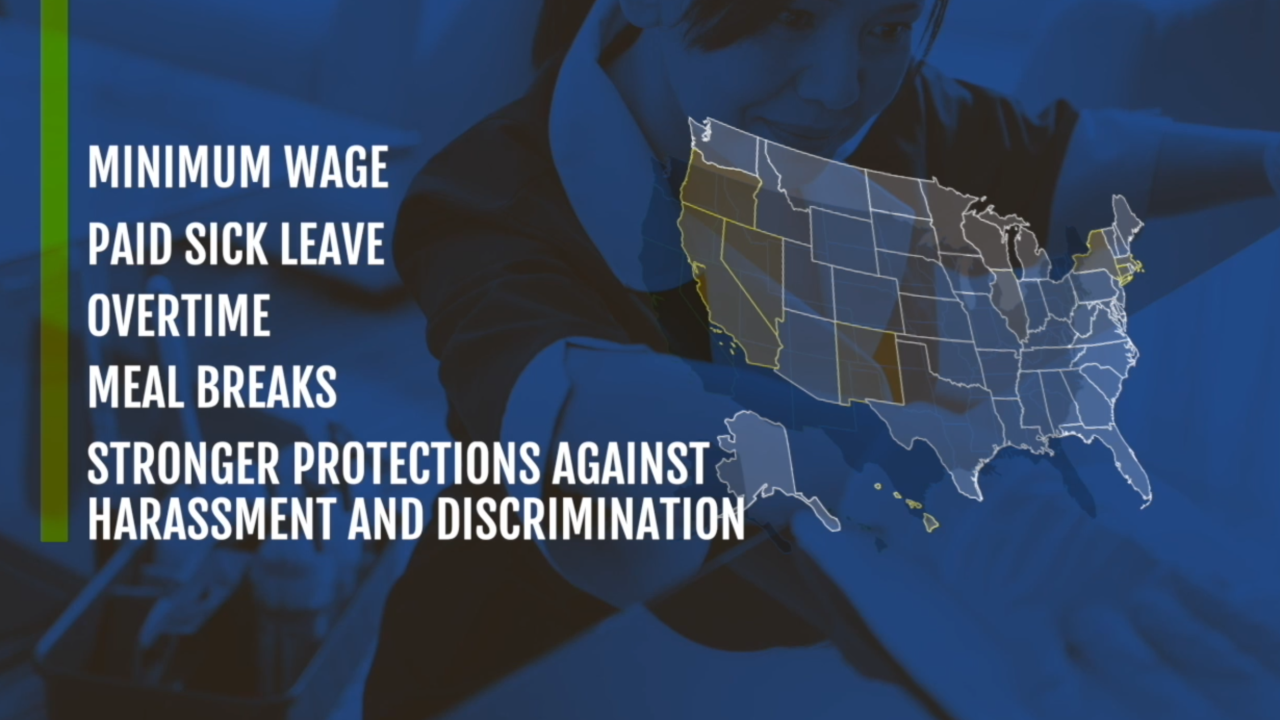 Domestic workers often don't have basic legal rights and protections that most workers take for granted. That includes jobs like nannies, housekeepers and home care employees.

Now, they’re hoping a new proposed federal labor law will protect them for the first time ever.

Nurse June Barrett is used to taking care of others, but today, she feels she's taking a big step to take care of herself. Barrett traveled to Washington, D.C. with about 100 other domestic workers to rally for safer job protections.

“He would touch me, kiss me, say horrible things to me,” Barrett says of one of her past employees.

As a live-in caretaker, Barrett says she has worked for patients who would sexually harass her.

“I suffered in silence,” she says. “I had to suffer all of that by myself.”

For decades, federal labor laws have excluded domestic workers from many protections, which has had an impact on about two million nannies, house cleaners and home care workers.

Nine states have passed bills to protect domestic workers but now, Congress will consider a bill to ensure those workers earn at least the minimum wage, get paid sick leave and overtime, meal breaks and stronger protections against harassment and discrimination.

“We need to have a federal standard, a national standard, so that workers are protected in every state. Not just some,” says Monica Ramirez with the National Domestic Workers Alliance.

Ramirez hopes for the first time in history, there will be legal protections for domestic workers in their work environments.

It’ll be a historic bill that could provide domestic workers protections most other workers take for granted.