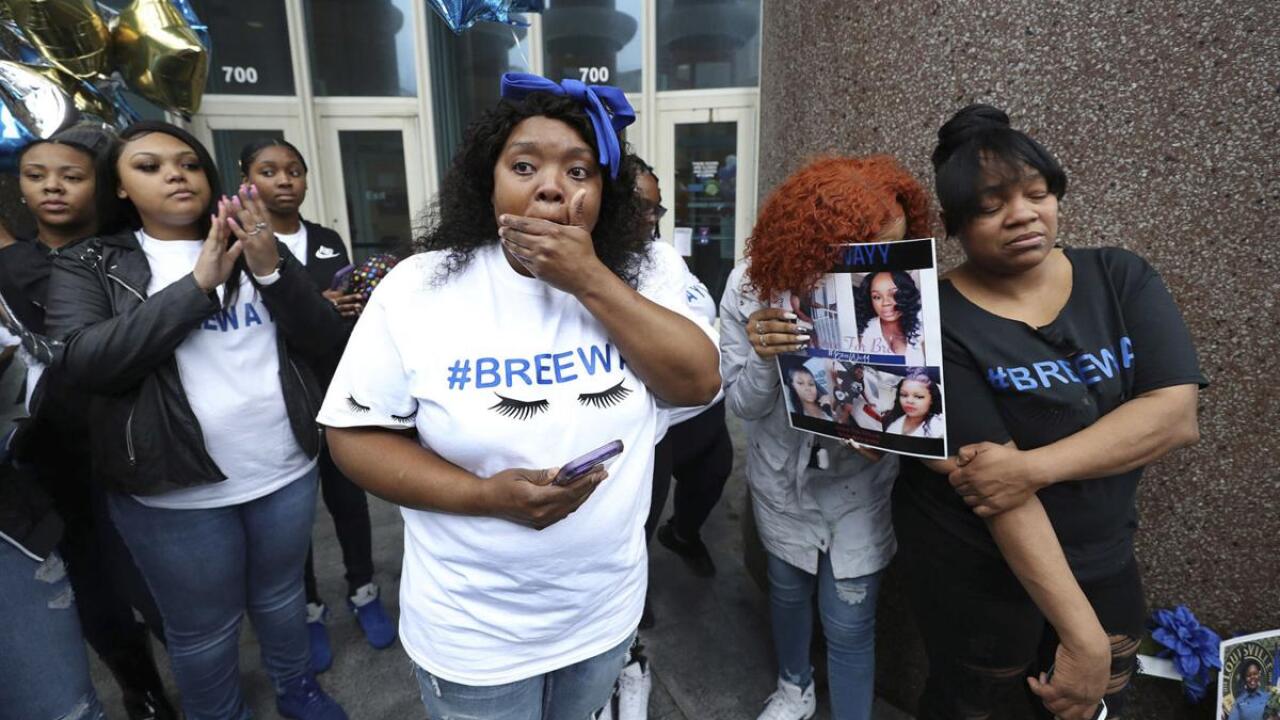 Sam Upshaw/AP
In this March 19, 2020 photo, Bianca Austin composes herself before making remarks during a vigil for her niece, Breonna Taylor, outside the Judicial Center in downtown Louisville, Ky. A prominent civil rights and personal injury attorney has been hired by the family of Breonna Taylor who was fatally shot by Kentucky police in her home. News outlets reported Attorney Ben Crump was hired Monday, May 11, by the family of Breonna Taylor, who was 26 when officers entered her Louisville home early on March 13 as part of a narcotics investigation and fatally shot her. (Sam Upshaw/Courier Journal via AP)

The FBI announced on Thursday that it is opening an investigation into the death of Breonna Taylor, a 26-year-old Louisville, Kentucky, woman who was killed by police on March 13.

Taylor, who was employed as an EMT, was inside of her home when police conducted a “no-knock raid” on her home. Thinking the police officers were intruders, Taylor’s boyfriend, Kenneth Walker, allegedly shot at police.

Walker was originally arrested for firing at police, but later was released.

“FBI Louisville has opened an investigation into the shooting of Breonna Taylor,” the FBI said in a statement. “The FBI will collect all available facts and evidence and will ensure that the investigation is conducted in a fair, thorough and impartial manner. As this is an ongoing investigation, we are not able to comment further at this time.”

As the FBI made its announcement, Louisville Metro Police chief Steve Conrad announced he is retiring as chief, amid criticism for his handling of the case.

In his resignation letter, Conrad did not reference the criticism levied against him, nor Taylor’s case directly.

Taylor's death has drawn protests in Louisville over the practice of "no-knock raids," as some in the community have called on the officers responsible to be charged with Taylor's death.