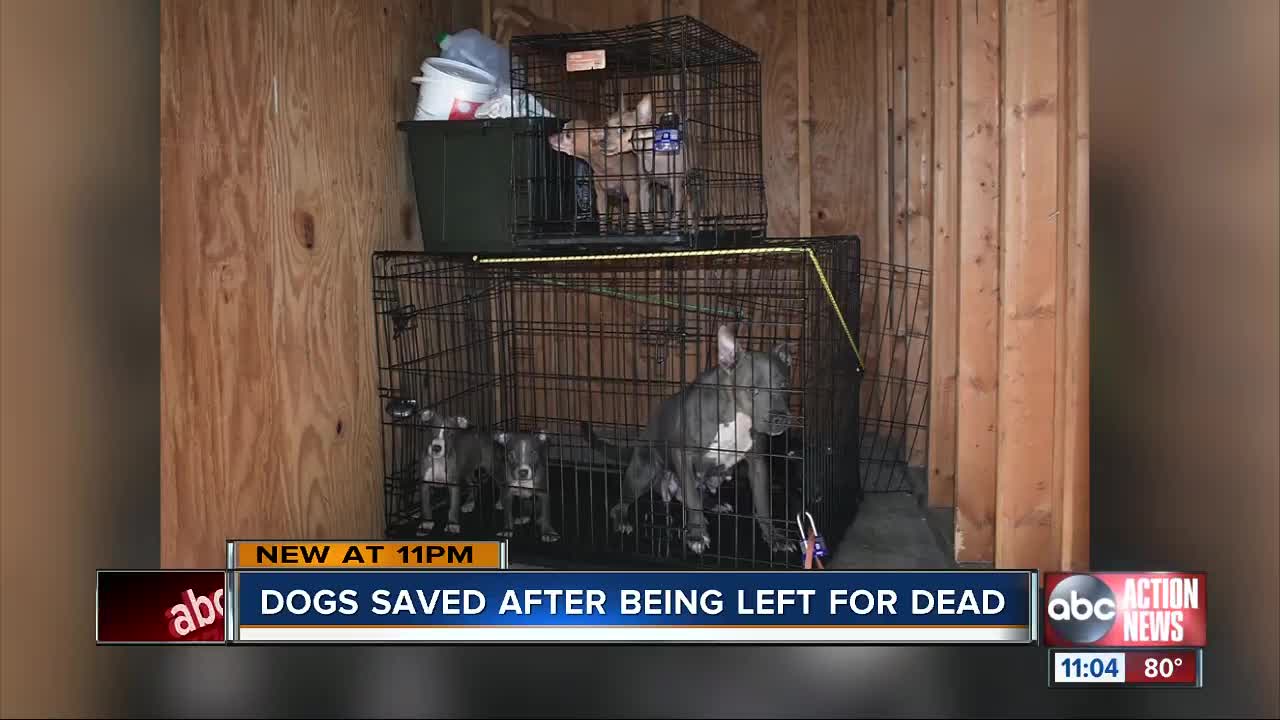 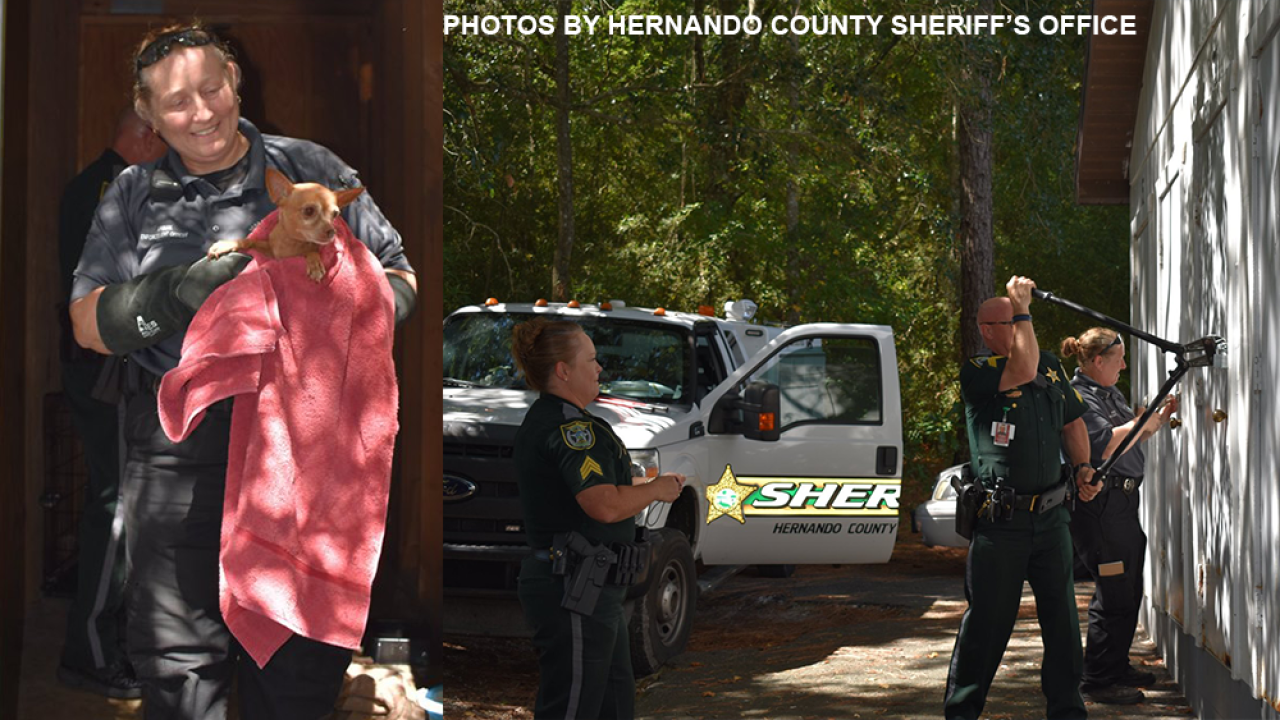 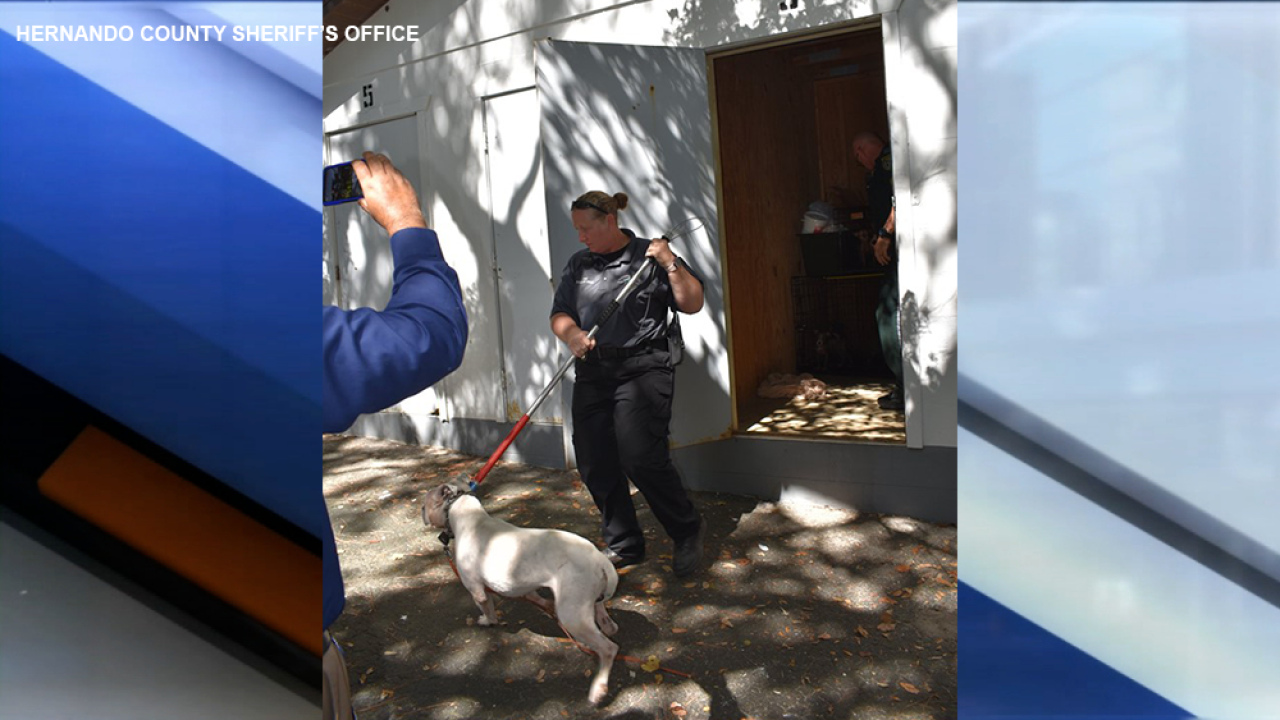 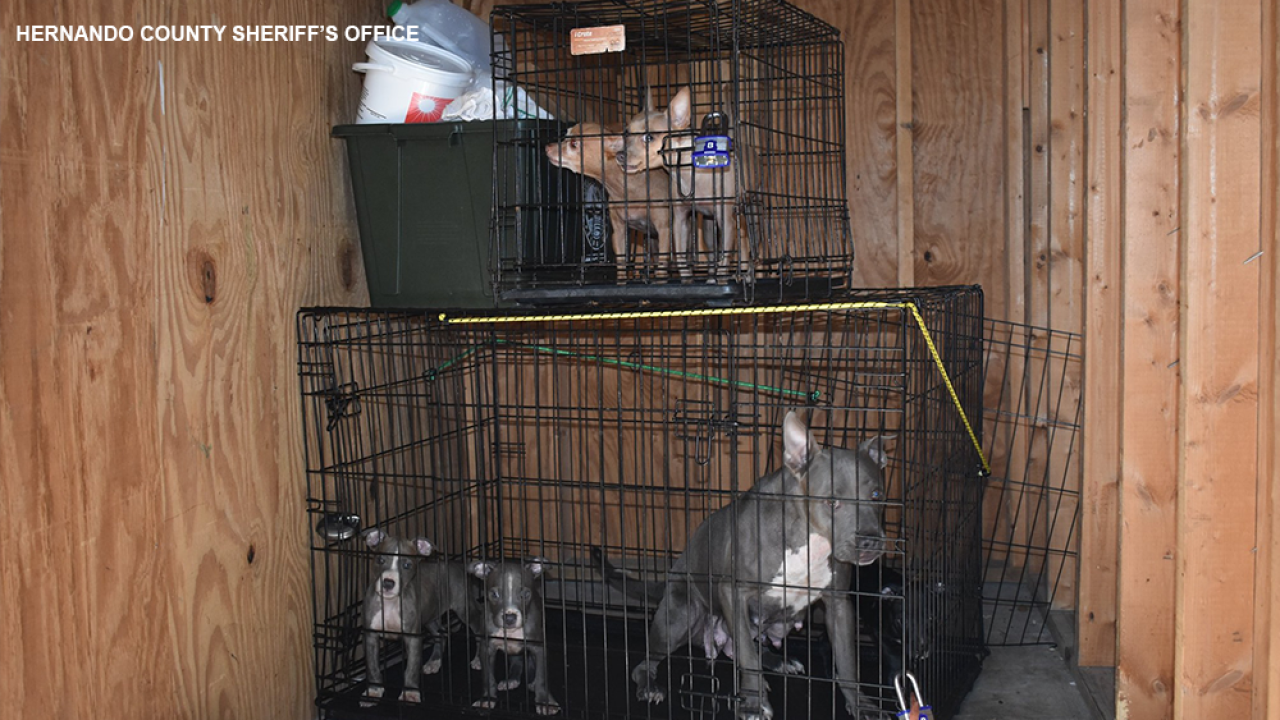 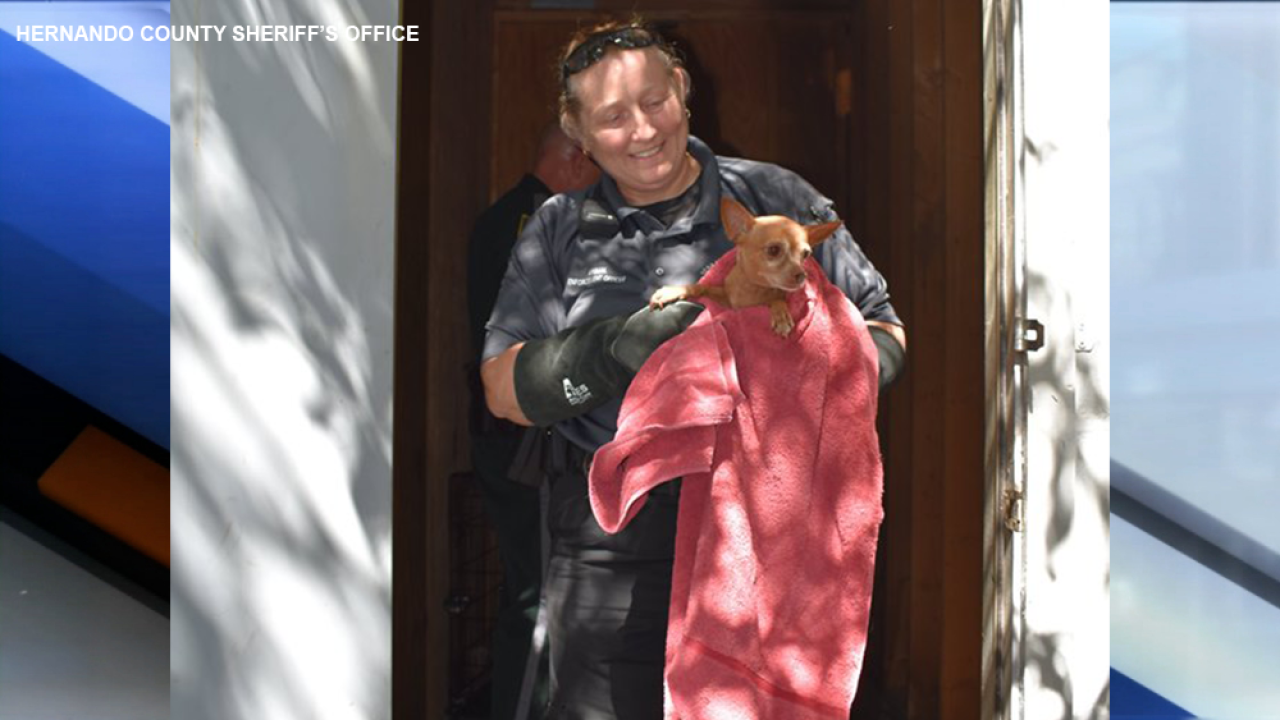 An anonymous caller told dispatchers in Hernando County that animals, possibly dogs, were locked inside a storage unit in Brooksville, Florida. Upon arrival, deputies heard dogs barking behind a door that was secured by a large padlock.

Deputies on the scene had to use a bolt cutter to open the door. Once the door was opened, deputies found seven dogs inside the unit. One dog was tethered to a short leash with a bowl of water nearby.

There were two chihuahuas locked inside a metal crate on top of another metal crate. The chihuahuas did not have access to food or water.

In the other crate, deputies found a female dog and three small puppies — all without access to food or water.

Deputies said there was no ventilation in the storage unit.

"I mean, no one should have a dog if they're going to treat them like that," neighbor Sandy Smiley said. "We want to keep animals safe, people safe, kids safe, there's a lot of people in this neighborhood who really care."

All seven dogs were taken to the Hernando County Animal Services to be evaluated by a veterinarian.

The owner of the storage facility said there are no surveillance cameras on the property.

Deputies are searching for the owner of the dogs. Anyone with information on the owner is asked to call 352-754-6830.

This story was originally published by WFTS in Tampa, Florida.