San Diego police engaged in a firefight with a suspect in June 2018. Police released body camera footage months later after district attorneys determined police were justified in the use of deadly force. 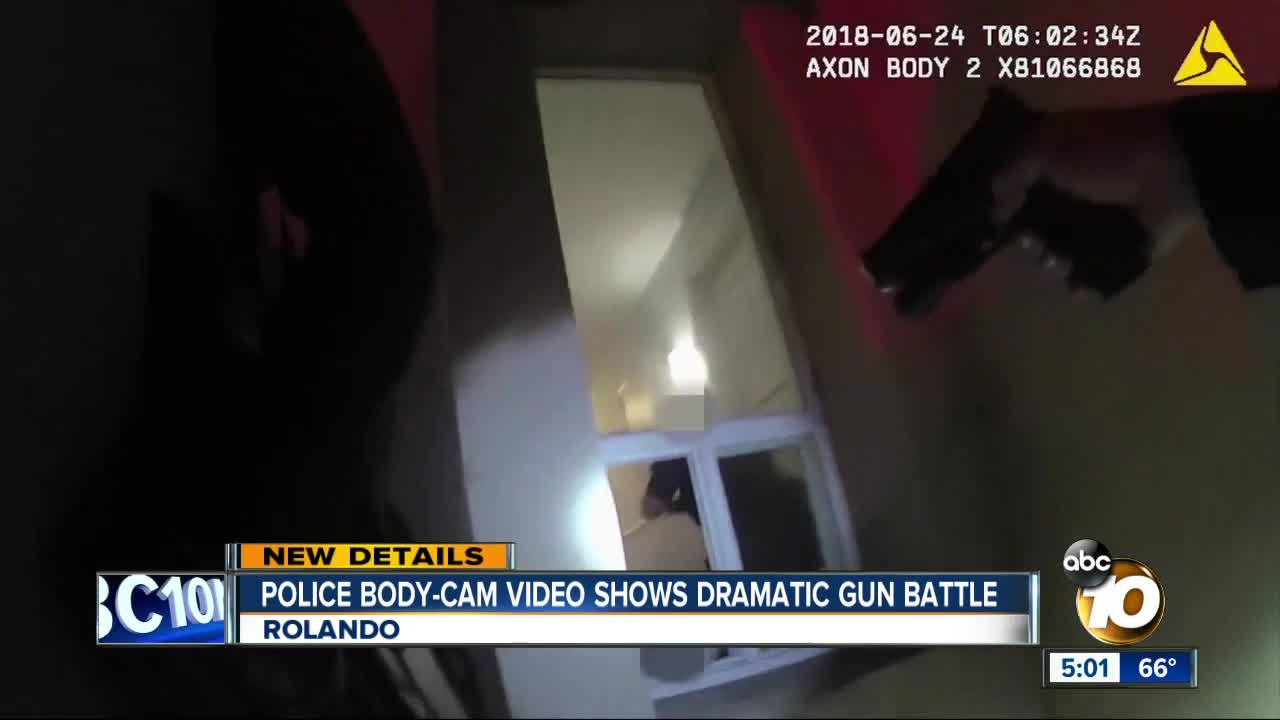 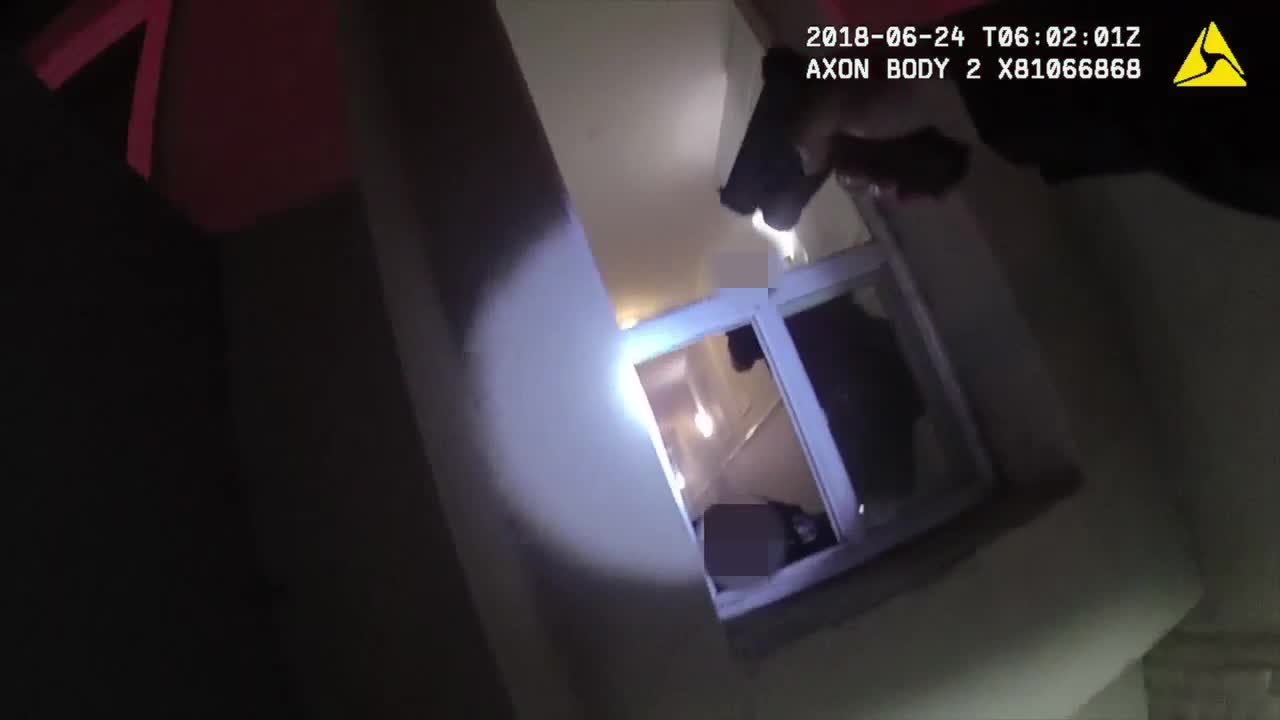 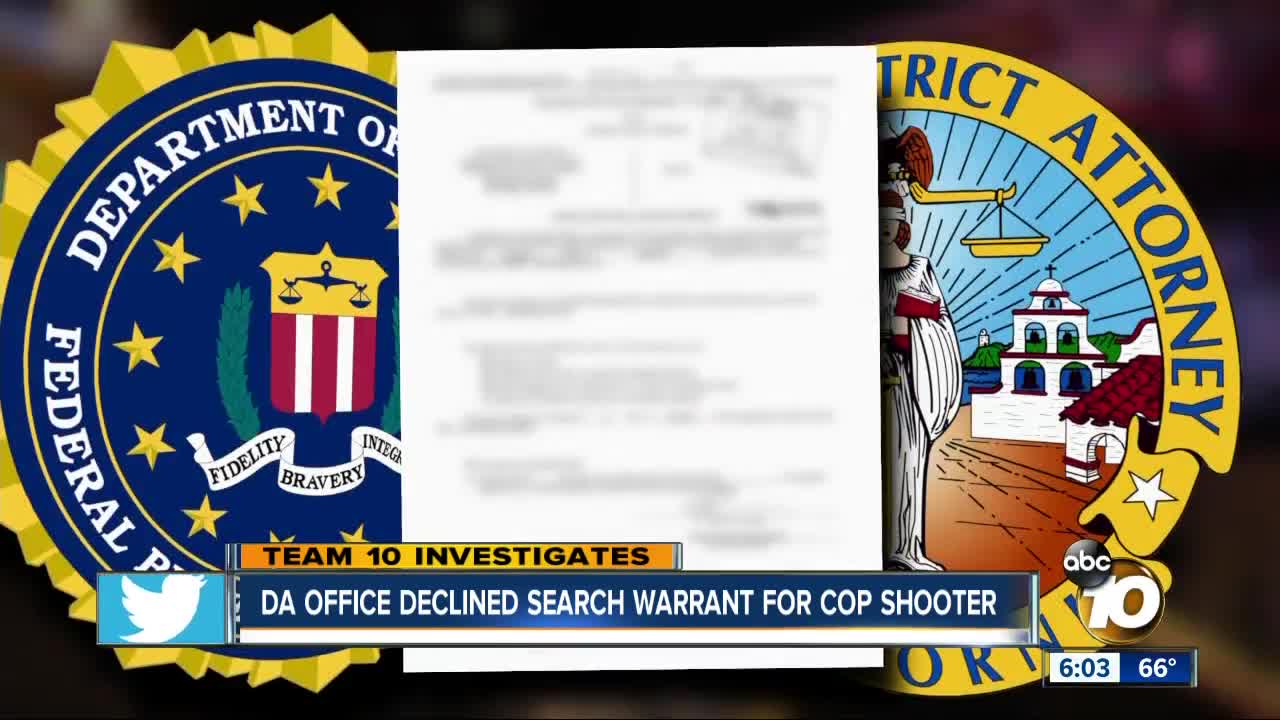 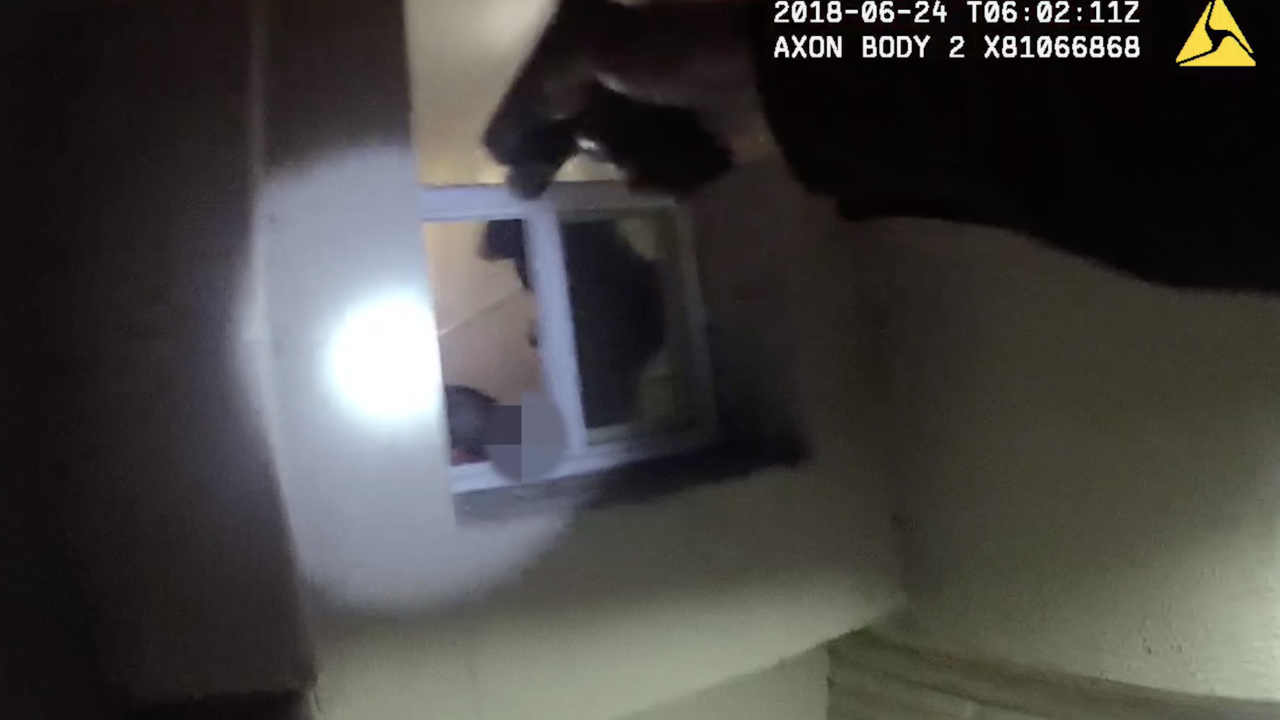 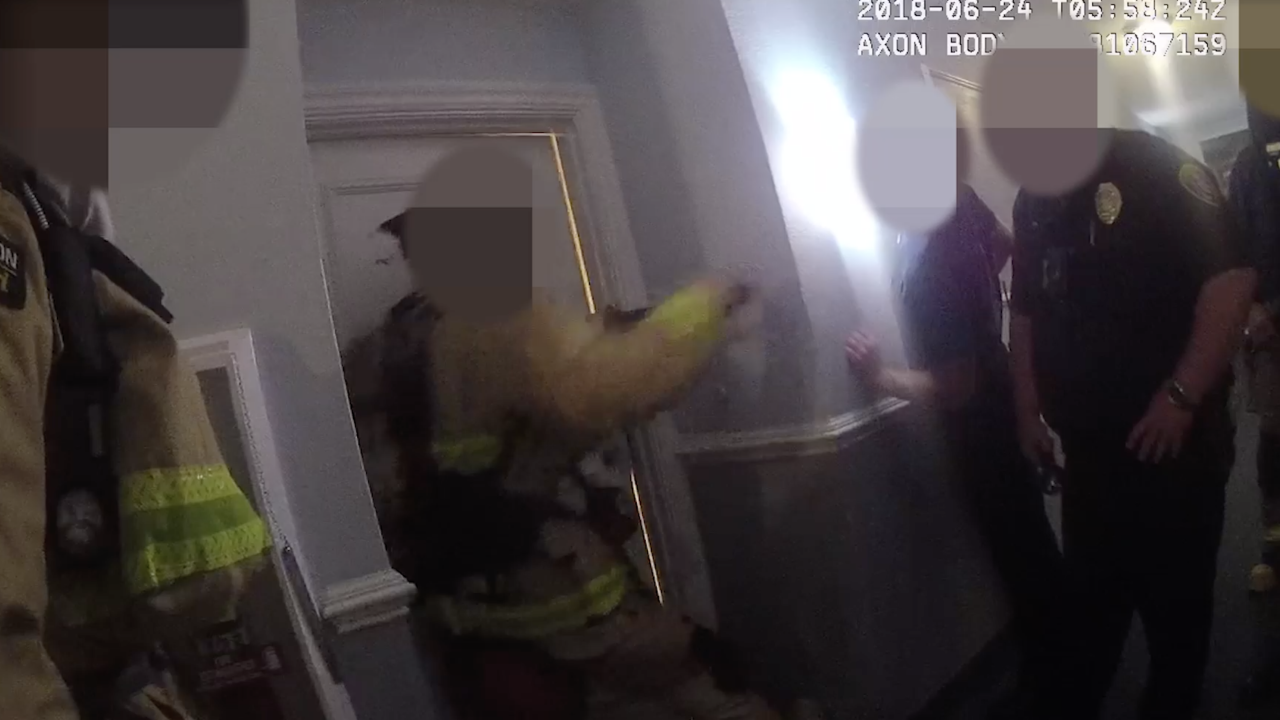 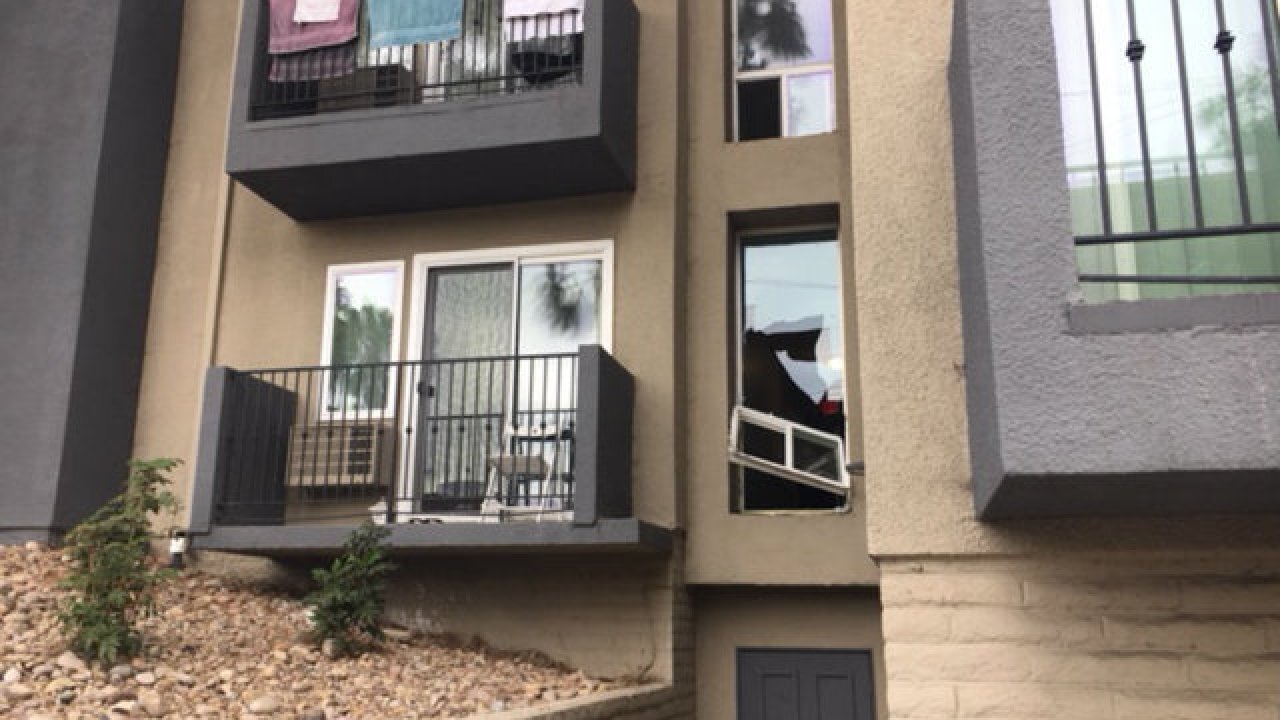 SAN DIEGO — San Diego Police officers who fired shots at a man in June 2018 were justified in their use of deadly force, the San Diego District Attorney’s office announced Monday.

Police responded to a disturbance call at a condo on Rolando Court. When responding officers smelled smoke, they called firefighters to the scene, the DA’s office said in a news release.

Officers knocked on the front door for more than 20 minutes but received no response, officials said. Firefighters forced entry into the home but were met with gunfire.

Darwish shot one officer in the back with a large caliber weapon, according to the DA’s office. Two officers returned fire as they provided cover for the wounded officer, who couldn’t move for several seconds. The wounded officer eventually managed to roll onto his stomach and crawl away from the line of fire.

Darwish also shot a second officer during the exchange of gunfire.

The DA’s office said the shooting eventually stopped and officers found Darwish dead from a self-inflicted gunshot. Darwish had also been hit in the face and arm from one of the officers’ shotguns.

“This harrowing incident shows just how quickly a routine call for service can turn deadly for police officers who suddenly found themselves in the line of fire, trying to protect their wounded fellow officers and keep the shooter from endangering members of the public,” said District Attorney Summer Stephan. “It’s a tribute to these officers’ bravery and quick response that the gunman didn’t injure more people or kill the officers and firefighters involved.”

Darwish had been wearing a bulletproof vest. He was armed with two homemade guns: an assault weapon and a 9 mm semi-automatic pistol, according to the DA. Neither gun was registered.

Questions had been raised about whether the shooting could have been prevented. Last summer, it was revealed that officers wanted to search Darwish's home for weapons days before the shootout. However, the Office of the San Diego County District Attorney did not attempt to obtain a search warrant.

In the days after the shooting, law enforcement sources said that the FBI’s Joint Terrorism Task Force had wanted to search Darwish's home because they thought he had a weapon and was buying parts to make more weapons.

Darwish wasn't supposed to own any weapons because of his criminal history. Our source said the FBI asked the District Attorney's Office to sign off on having a judge issue a search warrant, but the DA’s Office did not do so.

After weeks of no response, the DA's office confirmed in August that they had received a request to conduct a search on Darwish's home, 10 days before the shooting.

“On June 13, 2018, the San Diego County District Attorney's Office received a request by law enforcement to review a draft of an affidavit in support of a search warrant to conduct a search of Mr. Darwish's person, property and residence. The District Attorney's Office determined that the warrant was legally deficient and so advised law enforcement,” the DA's August letter said.

When asked why it had turned down the FBI’s request to conduct a search warrant, the DA’s Office stated its reasoning was "exempt from disclosure".

At the time of publishing, the District Attorney's office did not respond to a request for comment.