Having problems selling your home? A new trend to help: removing negative energy 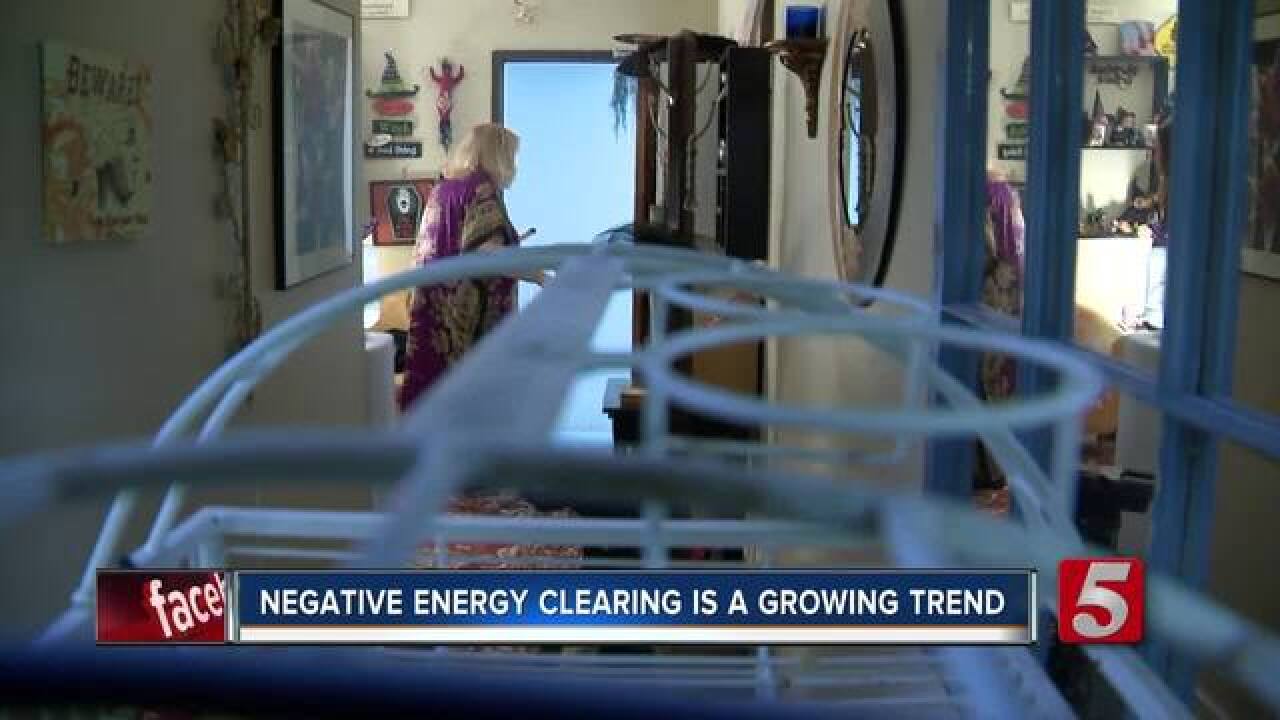 Negative energy clearing is a growing trend in Middle Tennessee.

Tish Owen is a local psychic who used to sell a lot of negative energy clearing kits, but now she does more home visits.

Owen said, "Realtors who want to get rid of something. But right now everything's selling so quickly, so I don't have a lot of that, but I do have people who say 'my house feels weird'… just feels icky."

Owen said it's not talked about, but getting rid of bad mojo in a home is pretty common for new home buyers.

Owen said, "You don't ever know going in, and a lot of times, it's not like ghosts that you see on TV because it doesn't usually manifest that way. But just the energy, there's a weird feel to the place… there's things that do go bump in the night."

Usually, she lights a white candle to start a session.

Owen said, "We can't get rid of it, well let's change the energy, and it just shifts the energy."Then, she burns sage everywhere.

Owen said, "When you burn the sage and when you go through your house with the sage, there's calming that happens because it just gets rid of whatever negative had happened and is lingering around. Emotions, thoughts, or things, they're real."

Last, she sweeps the smoke out the door.

Owen said, "We're trying to push out all the ick."

To bring new energy in, she uses sweetgrass sometimes. She said people have mixed feelings about this, but it's a growing trend.

Owen said, "It's different, how's that? But it's a tool, whatever you need to sell your house."

A negative energy clearing session at a home costs $100. You can check out her website here.