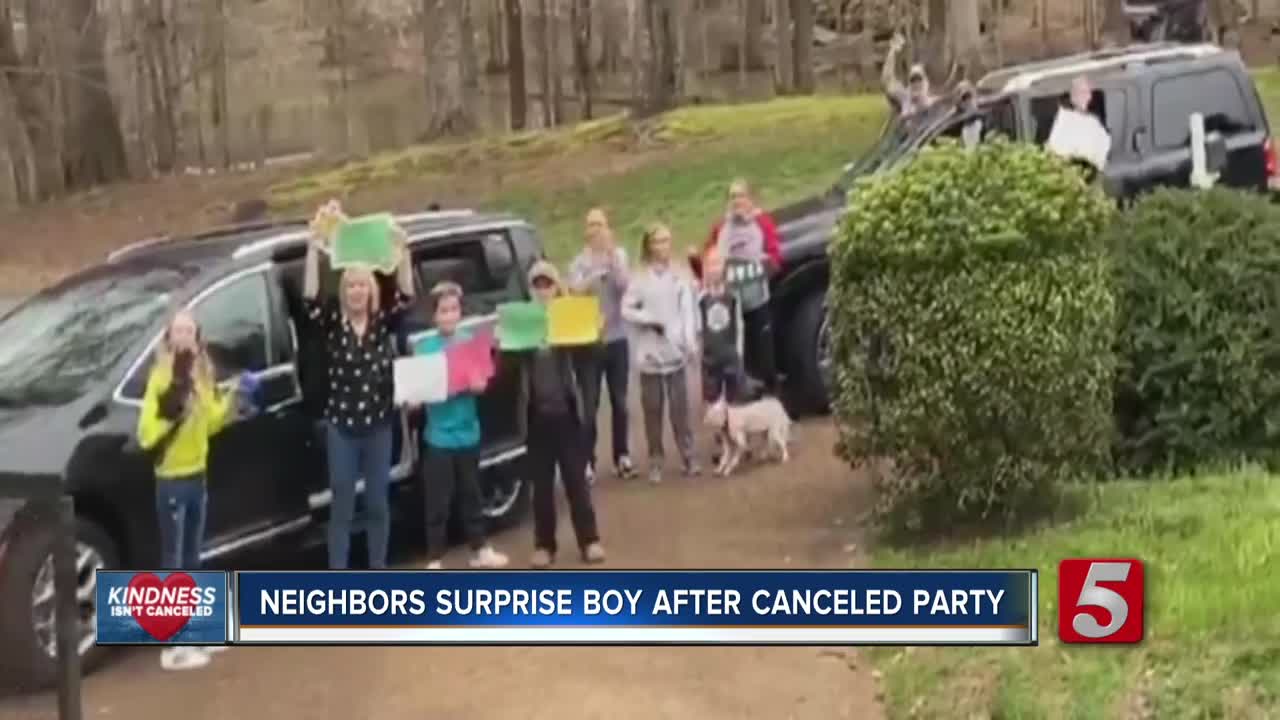 Even though a young Hendersonville boy’s birthday party was canceled because of COVID-19, neighbors and friends still came out to celebrate him. 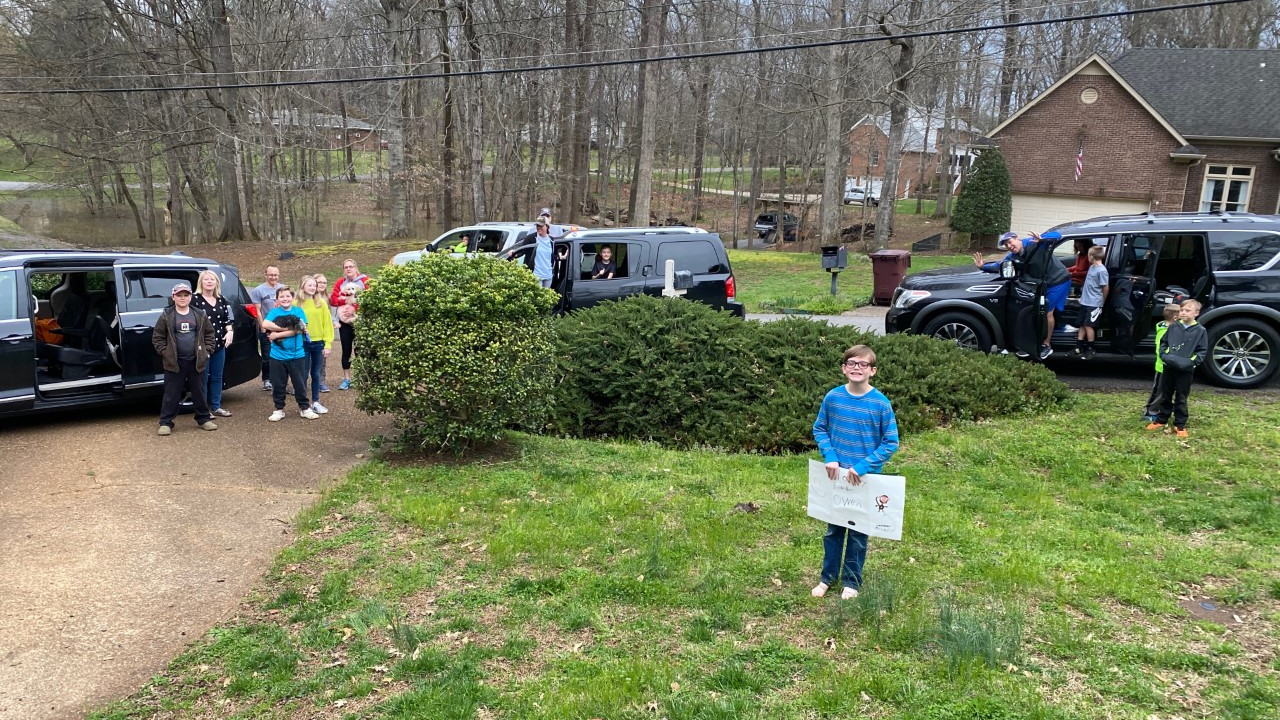 HENDERSONVILLE, Tenn. (WTVF) — Even though a young Hendersonville boy’s birthday party was canceled because of COVID-19, neighbors and friends still came out to celebrate him.

The mother of 10-year-old Owen Oliphant canceled his birthday party last Sunday as health officials push for people to social distance. Owen said he was disappointed.

As Owen’s family was spending that weekend at a camp in Arkansas, Kellie Walker, a family friend, was planning a birthday surprise for him. After Owen and his family returned home on Sunday, Walker and several other families flocked outside of their home to honk their horns and wish him a happy birthday.

“I was very excited and I started crying because I didn’t expect any of it,” Owen told NewsChannel 5. “I was just so grateful fo my friends who did this.”

Julie Oliphant captured the neighbors celebrating her son from afar on her cell phone. Those who showed up said they wanted to make Owen feel special on his big day.

“It’s a bummer to miss a birthday. We all went for it as long as we can stay in our cars,” friend Kitti Simonsen said.

Owen’s friends including 10-year-old Colin Stephens added another surprise by having a display of construction paper with birthday wishes on his front door by the time they arrived home.

“I felt really sad for Owen but happy because we got to surprise him,” Stephens said. “Even though he didn’t get his birthday party, he still got his friends to come to his house.”

Owen said although he didn’t have a party, what happened on Sunday was the best birthday gift he’s received so far. He said the lesson he took away is to always be grateful and pay it forward to a friend who may be in a similar situation.

The family said once the outbreak is over, they’ll hold an actual birthday party for Owen.