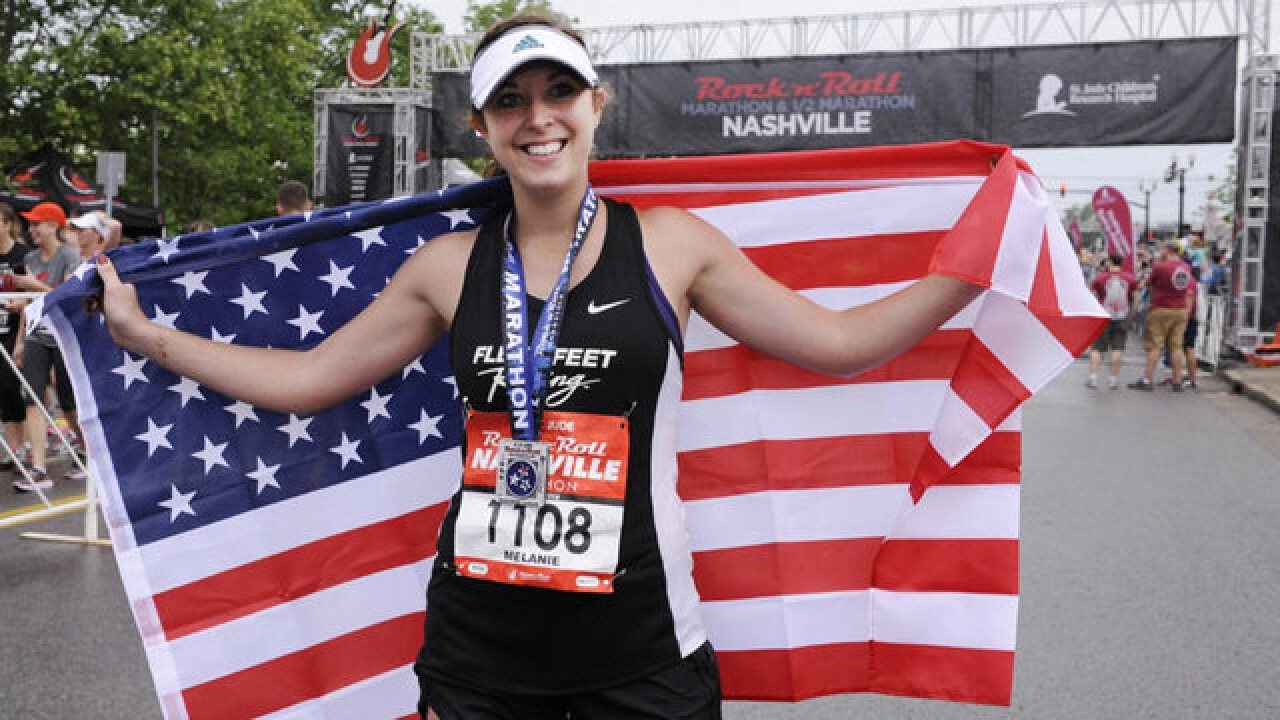 NASHVILLE, Tenn. (WTVF) — The 2019 St. Jude Rock ‘n’ Roll Nashville Marathon will look a little different. Organizers announced a new route for the marathon, which will be celebrating its 20th year when it's run this April.

This year runners will be treated to running, music and football thanks to a partnered weekend with the NFL Draft. Check out the map for this year's event.

“This year’s St. Jude Rock ‘n’ Roll Nashville Marathon & ½ Marathon weekend is going to be special in a number of ways as we celebrate 20 Years Running in this amazing city,” said Keats McGonigal, Senior Regional Director for Rock ‘n’ Roll Marathon Series. “As we keep the key components that have made this such a successful race over the years, we will be making some positive modifications, which when paired with the NFL Draft will create what is undoubtedly going to be a one-of-a-kind running weekend. With something for everyone, we are excited for people from all over the world to experience the magic of the Rock ‘n’ Roll Marathon Series and this event in Nashville.”

Event week for the 2019 St. Jude Rock ‘n’ Roll Nashville Marathon & ½ Marathon kicks off with a free and open to the public Health & Fitness Expo at the Nashville Music City Center on Thursday, April 25 and continues into Friday, April 26. All race participants will visit the expo to pick up their race numbers and browse over 100 exhibitors featuring free samples, the latest in running gear and sports apparel, as well as a series of interactive clinics. On Saturday, April 27, runners will take to the Nashville streets with the 5K presented by Brooks at 6:45 a.m. followed by the marathon and half marathon at 7:15 a.m.; unchanged from last year.

The weekend events conclude on Sunday afternoon with a one-mile race starting at 12:00 p.m. where participants can earn a third, bonus medal for taking on the Remix Challenge™ - two days of running over the weekend. Finally, starting at 1 p.m. more than 2,500 junior racers in grades K-7 will have their chance to complete the final mile of their modified marathon challenge during the KiDS ROCK® Nashville, presented by the YMCA of Middle Tennessee.

St. Jude Children's Research Hospital returns as the title partner and official charity of the 2019 St. Jude Rock ‘n’ Roll Nashville Marathon & ½ Marathon. Last year more than 3,000 St. Jude Heroes participated in the race, raising over $2 million for the hospital by securing donations from family, friends and co-workers. Funds raised from St. Jude are instrumental in supporting the $2 million per day it takes to operate the hospital and allows families to never receive a bill from St. Jude for treatment, travel, housing or food.