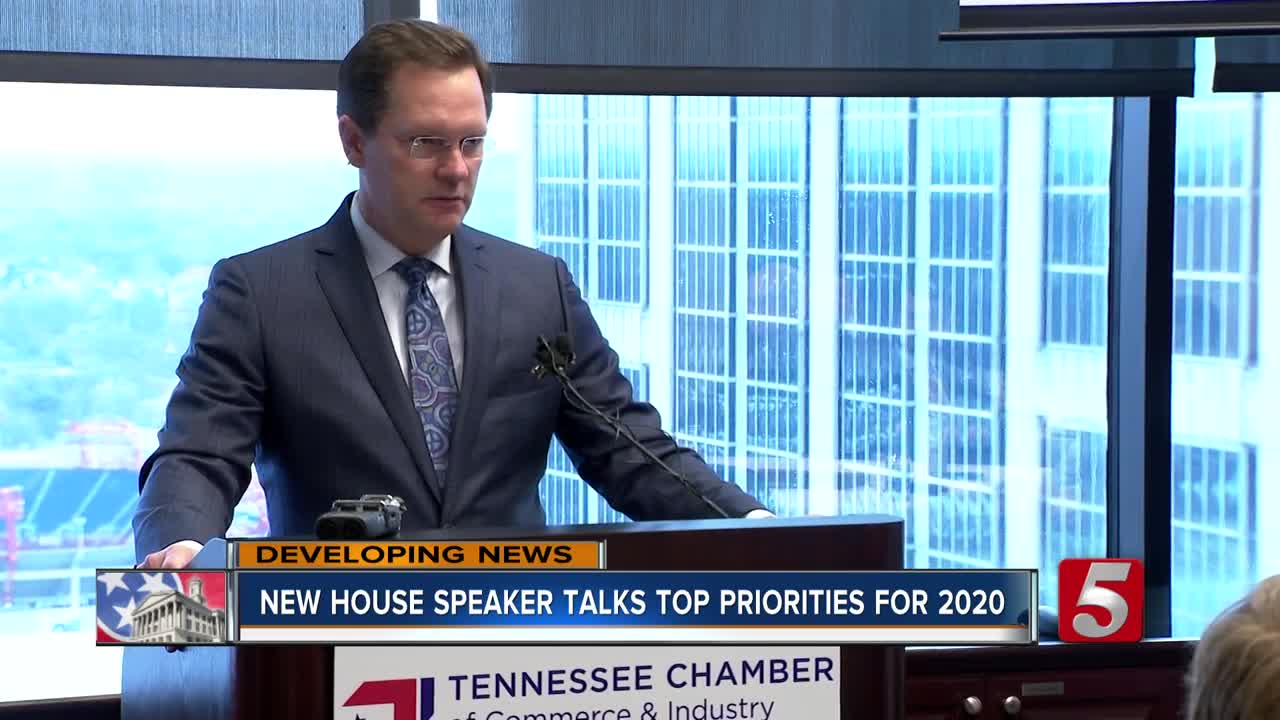 Tennessee Speaker of the House Cameron Sexton talked about his priorities for the state a week before the start of the lawmaking session.

NASHVILLE, Tenn. — Tennessee Speaker of the House Cameron Sexton talked about his priorities for the state a week before the start of the lawmaking session.

Speaker Sexton was elected to the position after former speaker Glen Casada resigned mid controversy in his administration due to a NewsChannel 5 investigation.

Thursday morning at a breakfast with the Tennessee Chamber of Commerce, Sexton said he would focus on both healthcare and education.

"Some people don't think it's possible to have a free competitive marketplace in healthcare. I think we can do it, but we have to be disciplined and patient," said Sexton.

He said healthcare in Tennessee doesn't reflect the spirit of the state's economy. "Cost transparency, improved access and less government intervention will yield better outcomes and improve affordability," he said.

Sexton believes students and teacher's are the state's future. He wants to invest in education at a Kindergarten to Third grade level, but also improve pay for fourth and fifth level teachers.

He said he won't have a focus on the ESA program.

"The top priority for me is making sure every student in TN has the same opportunity for success in education. That starts with public schools and that's what we're going to try to focus on," said Sexton.