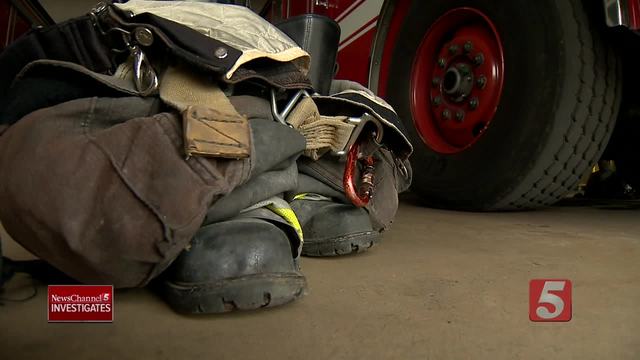 Metro firefighters say aging equipment puts them and the public at risk. 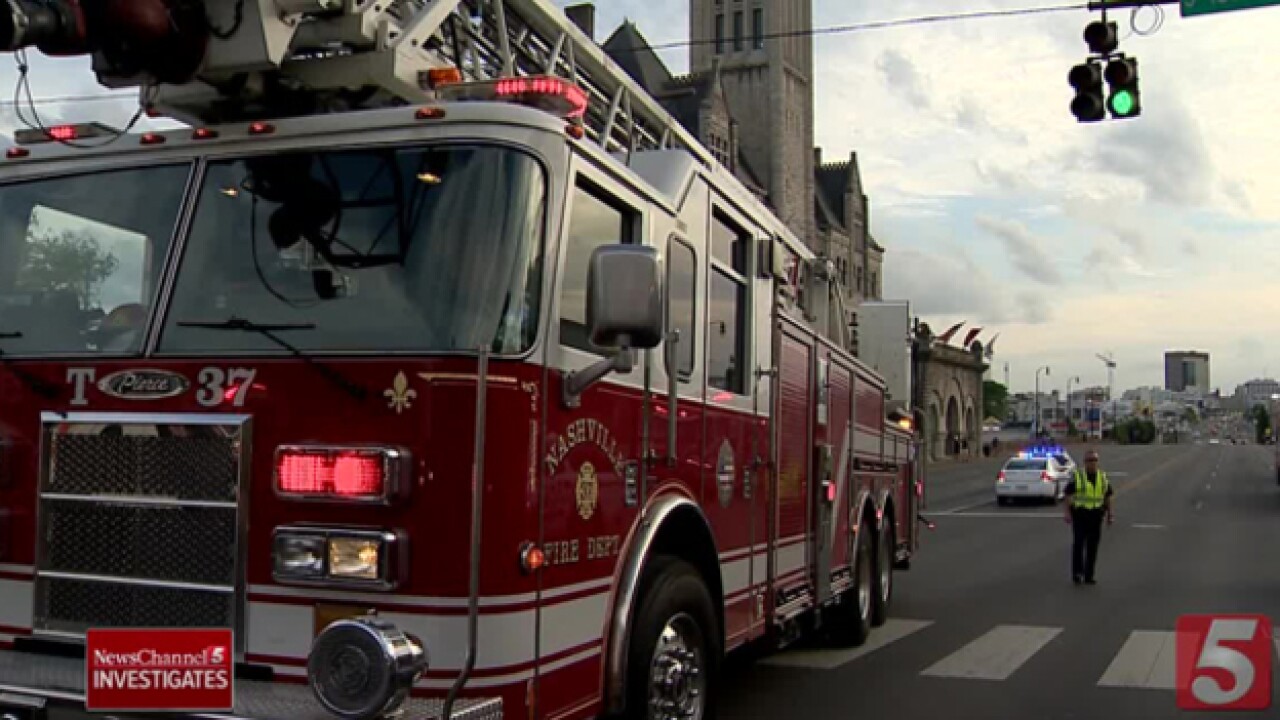 ​A NewsChannel 5 investigation reveals many fire halls are operating with back-up equipment that is breaking down at critical times.

Earlier this month firefighters responded to a large fire at Timberlake Village Apartments in Antioch.

Luckily no one was hurt.

"Once we had enough manpower we were able to get a good attack on the fire," Captain Corey Barnes told reporters at the scene that morning.

But firefighters did not publicly mention the equipment failure that took place with first large truck to respond.

Radio traffic captured the moment when a ladder truck was taken out of service.

"Engine 26 shut down. Truck 26. We've had a failure of the masterstream," said a firefighter on the radio.

The truck's primary water nozzel called a masterstream came crashing down from the top of the ladder.

"Truck 26 is dead in the water," a firefighter said on the radio.

Crews were forced to lower the ladder on Truck 26 as two other trucks continued to spray water.

If you look closely you can see the wires dangling where the hose used to be.

"When that happened you could do nothing except break back down," said Fire Union President Mark Young.

He said not only was the truck out of service at a critical time, but a heavy piece of equipment fell to the ground and could have killed someone.

"Luckily nobody was under there. Thank God for that, because it would have been a very catastrophic injury if that would have hit somebody," Young said.

The broken down truck was a backup.

It was only being used because the station's primary ladder truck was out, being repaired.

"There's some equipment on the street that I don't have much confidence in," Young said.

"It's kind of the nom right now in this city for malfunctioning equipment," Young said.

In 2015 we reported on a fire at a downtown hotel.

The call for a ladder truck went to station 19 -- a mile away.

But when firefighters jumped in the truck, radio traffic reveals it would not move.

"You need to respond another truck in our place, this truck won't start. It won't go into gear," said a firefighter over the radio.

The truck that failed was a reserve.

Metro was forced to dispatch a truck from Bellevue -- nearly fifteen miles from the fire.

Young said it is not unusual for all of Metro's reserve ladder trucks be out of service - getting repaired.

That was the case the day after the Antioch apartment fire.

So they used smaller engines instead.

Metro Councilman Steve Glover said as Nashville has grown, it has failed to repair and replace fire equipment.

"The reserve fleet I would said it's absolutely disgusting," Glover said.

It's so bad we found on May 15th Metro had no reserve ladder trucks and no reserve engines available.

Records show both categories were either out of service or being used.

"This stares you in the face. It's an Excel spreadsheet. This is not hard to read," Glover said.

In May the Union posted these pictures from inside a reserve engine that was on duty at a downtown station - showing the condition some trucks are in.

"We are not taking care of the day to day basics in Nashville," Glover said.

Young said it has taken years to get this point, but now it is time to act before someone gets hurt.

"You can put band-aids on stuff, but these band-aids last just a shift, maybe a shift. Then they're broke back down," Young said.

The Metro Fire Department said it has received new equipment over the last two years.

Here is a list along with the costs that was sent in an e-mail from the department:

"In 2016-17 we ordered and received 10 Engine Pumpers, 14 Ambulances, and one Tractor Drawn Aerial (Tiller), all have been received and are in service.

The 2 remaining Ladder Trucks and the Mobile Air Truck are expected to be delivered in mid-October.

The cost of each individual apparatus is as follows:

​“The Nashville Fire Department works closely with the Office of Fleet Management to quickly address apparatus issues. Just like any department we have equipment that needs to be repaired. When this happens we have a fleet of reserve units to pull from so our personnel are still able to respond to emergency calls. The size of our reserve fleet is a sign of a strong fleet management system and being good stewards of the equipment the taxpayers of Davidson County pay for us to purchase.”