A woman buys paper plates on Amazon and discovers she's charged more than $1,000 to ship them. 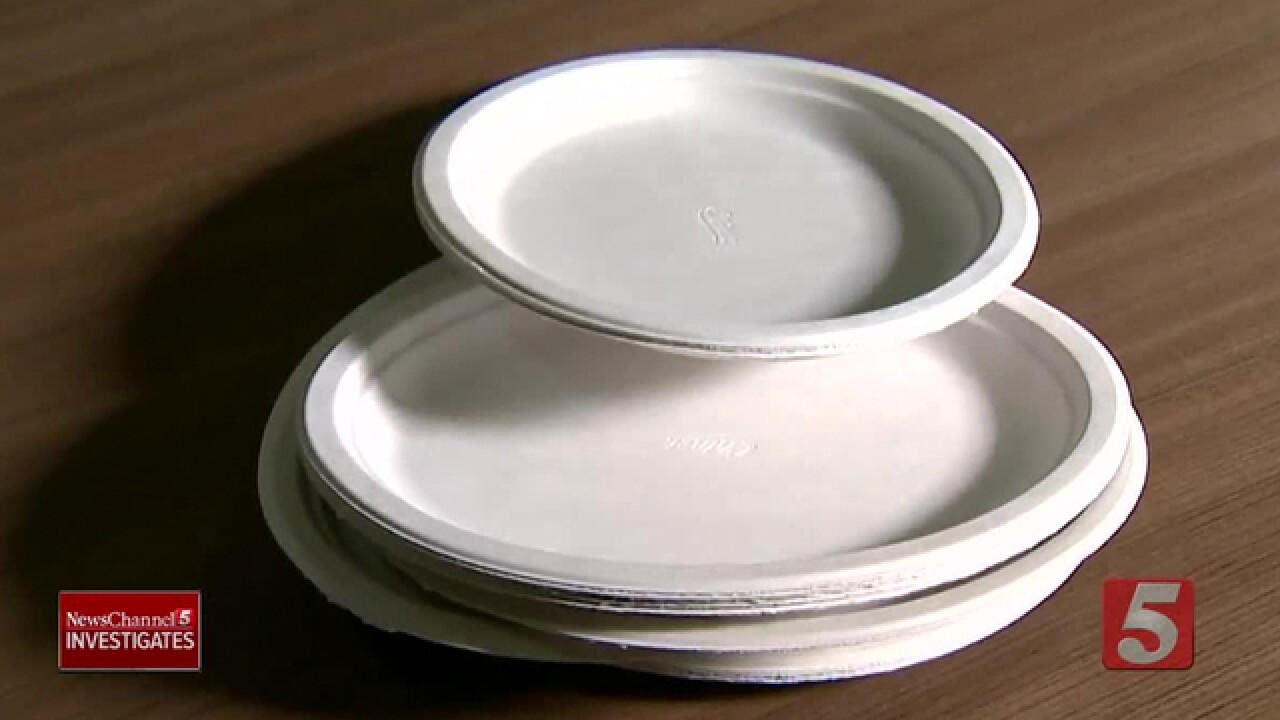 Lots of folks do their shopping on the internet these days, especially on Amazon. Not only because it's convenient, but you can find some great bargains. But wait until you hear how much a woman in Gallatin was charged for some paper plates.

It was certainly no deal.

Lorie Galloway does a lot of shopping on Amazon.

She's a Prime member and told NewsChannel 5 Investigates, "I don't order anything unless it's free shipping."

Then her husband, Bob, got the bill.

"He sent me a text," Galloway recalled. "'What did you order at Amazon?' And, I'm like, 'What?' He said, 'Our bill is a thousand and something dollars.'"

Now these plates she bought were not the kind you keep in a china cabinet. These were heavy duty paper plates. A hundred of them. That Galloway thought she was getting for $24 with free shipping.  It turns out, the plates were $24.

"But there was a $1,080 shipping charge," Bob Galloway explained.

And, her husband added, "I really thought it was some clerical error."

The Galloways repeatedly tried contacting the seller and got no response.

So they called Amazon about the charge.

"The reaction from the customer service representative at Amazon was, 'Wow, that's ridiculous,'" Bob Galloway recollected.

So were these plates coming from somewhere half way around the world? No. According to the paperwork, they were shipped by UPS from Atlanta.

Amazon eventually agreed to open an investigation and the company told Lorie they'd determined she  was "not overcharged for the transaction."

NewsChannel 5 Investigates asked her, "Do you think you were overcharged?"

Without hesitation, Lorie Galloway answered with an emphatic, "Yes!"

According to Amazon, the seller said they'd "sent the plates with expedited service," that Galloway had selected that option when she placed her order and had agreed to the $1,000+ shipping fee, something Galloway insists just isn't true.

"If it would have said a thousand and something dollars, I would have noticed that," she maintains.

If you try finding the seller now who sold Galloway those plates, you won't. An Amazon rep told the couple the seller had been dismissed after doing similar things to other customers. But Amazon refused to confirm that for us.

And when we asked if Amazon didn't have technology to flag and even prevent outrageous charges like this, the company refused to directly answer the question and instead sent a statement saying, "Amazon is constantly innovating and improving our customer experience. If customers have concerns or feedback, we encourage them to contact our Customer Service."

But that's what the Galloways did and Amazon told them there was nothing they could do.

Lorie Galloway is now reconsidering where she shops.

"If they [Amazon] are not going to take care of their customers, why should I order from them again," she wondered aloud.

The Galloways spent the last couple of months disputing the shipping charge with their credit card company. Finally, just the other day, they got word that the shipping would be refunded.

So, what's the takeaway from all of this since so many of us do shop online?

Make sure you check and double check all of the charges before you agree to the purchase. The Galloways now suggest you take a screen shot so you can prove later that you did not agree to any additional charges.