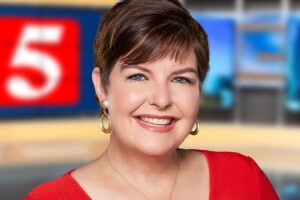 Her stories get results. As the station's consumer investigative reporter, Jennifer exposed unscrupulous business practices at Bill Heard Chevrolet and soon after, the company closed its Nashville dealership. After she exposed neglect at the Tennessee State Veterans' Home, the U.S. Department of Justice ordered the state to immediately improve conditions at the nursing home. When Jennifer demonstrated the alarming failure rate of a popular type of smoke detector, the Metro Nashville Fire Department announced changes to its detector giveaway program. After her investigation of the Veterans Support Organization, the state fined the VSO $20,000 and ordered the VSO to change the way it raises money. After Jennifer's investigation showing the dangers of novelty lighters, state lawmakers voted to ban them in Tennessee. And, her popular undercover investigations exposing the abuse of handicapped parking permits prompted lawmakers to toughen up the requirements to get these special placards.

Jennifer's work as an investigative reporter at NewsChannel 5 began after she caught the top managers at the regional warehouse and headquarters of Feed the Children stealing from the charity. The Oklahoma City-based organization then fired the entire front office staff and the Nashville District Attorney filed charges against the executive director.

Jennifer joined NewsChannel 5 in 1994 as a general assignment reporter. Some of the highlights include traveling with troops from Fort Campbell to Nicaragua and El Salvador after Hurricane Mitch; getting the first interview with convicted serial killer Paul Dennis Reid from his jail cell right after his arrest; and conducting one of the last interviews with James Earl Ray, assassin of Dr. Martin Luther King, Jr., in prison just before he died.

During the historic flooding in middle Tennessee in May 2010, Jennifer was on the set co-anchoring NewsChannel 5's live coverage for more than ten hours straight.

Before joining NewsChannel 5, Jennifer worked at WSFA-TV in Montgomery, Alabama, WSIL-TV in Carterville, Illinois, KGET-TV in Bakersfield, California, and at KHJ/KCAL-TV and KCBS-TV in Los Angeles, California.

She has four children - and when she's not busy with her kids, she enjoys reading, cooking, zumba, and running. In fact, she's completed four Country Music Marathon half-marathons.