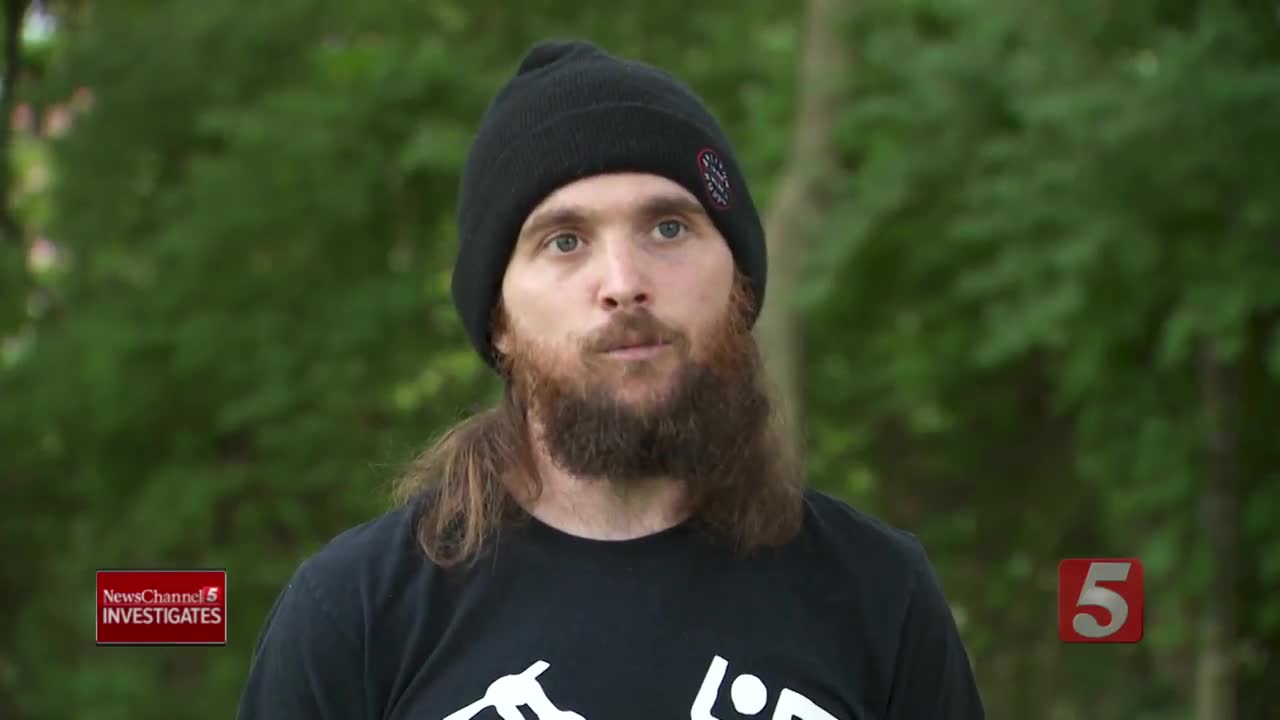 A local activist with the anti-racist movement Antifa talks with NewsChannel 5 Investigates. 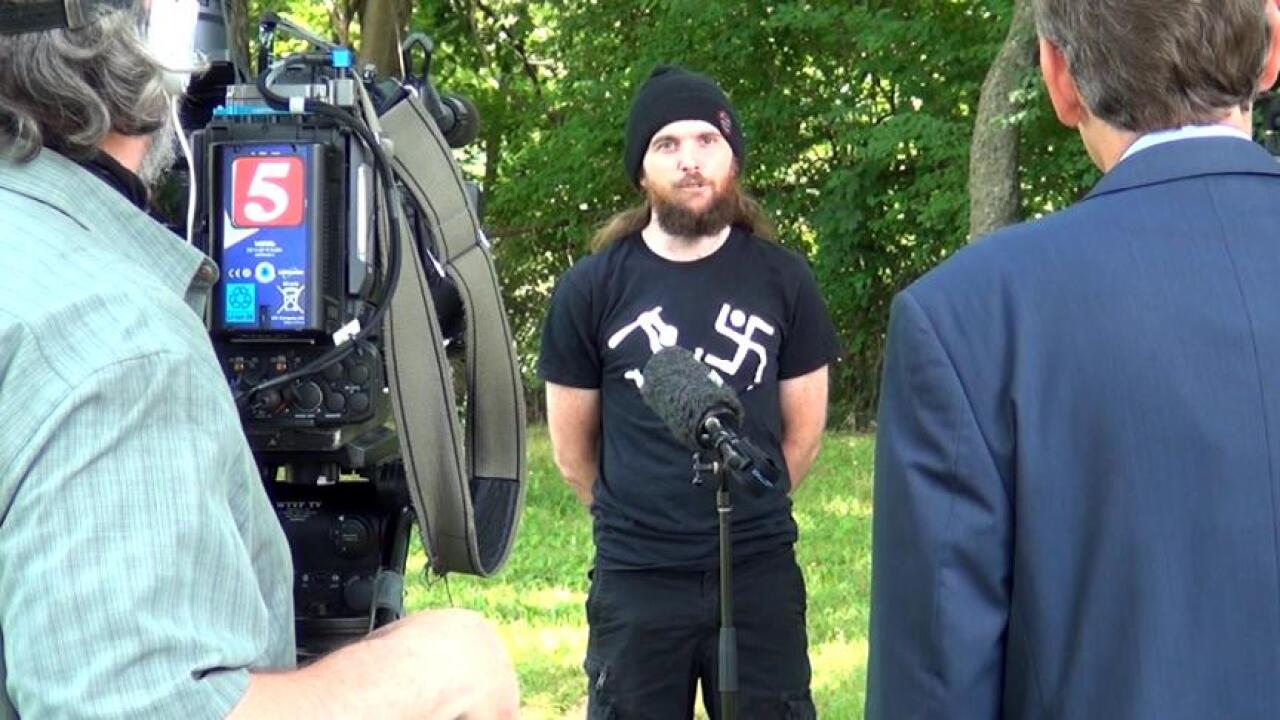 Antifa, which is short for anti-facist, is a far-left leaning activist movement with networks around the world, including in Tennessee.

Corey Lemley, 29, is a local activist with Antifa who agreed to talk with NewsChannel 5 Investigates.

He is a self-employed videographer in Nashville whose outspoken support for Antifa has landed him in the news several times in recent years.

The Antifa activist posted a picture on his Facebook page of him burning a flag on the night protesters set fire to Nashville's historic courthouse.

"I was afraid Nashville would not live up to this historic moment. I was proven wrong," he wrote.

NewsChannel 5 Investigates asked, "What did you mean by that?"

He answered, "To basically take part in the fight that the entire country and basically the entire world are taking part in right now."

Lemley said he and others with Antifa were protesting that night, but said he did not set fire to anything but that flag.

NewsChannel 5 Investigates asked, "Is it okay to set the courthouse on fire?"

"I personally, my standards about what is acceptable and what is not do not matter," he said. "People will express outrage in whatever way they see fit."

NewsChannel 5 Investigates followed by asking why he would not condemn those who set the courthouse on fire.

"It's bigger than the courthouse," Lemley said.

He said the bigger issue is systemic racism.

In 2017, Lemley marched against white supremacists in Charlottesville, Virginia.

"I was in Charlottesville with a large Antifa network," Lemley said.

He's such a lightning rod that, when video recently surfaced of a man allegedly paying protesters in Columbus, Ohio, some on social media incorrectly believed it was Lemley and urged President Trump to have him arrested.

The person in the video was later identified as a 32-year-old man from Ohio.

Lemley and others from Nashville did go to Louisville last week to protest there.

And last year he was arrested for disorderly conduct at Montgomery Bell State Park protesting a white nationalists conference there.

"We put our bodies in front of the park trying to keep Nazi attendees from getting in the park," Lemely said.

Unlike others with Antifa, he does not cover his face.

He said Antifa has no formal leadership.

"There is no Antifa organization. There are not Antifa meetings. There are groups out there who have banded together to confront white supremacy and fascism in all forms," Lemley said.

He sees recent protests as an opportunity for real change.

On the day after Nashville's courthouse burned, he wrote: "you will not get peace until we get justice."

"Riots and uprisings keep the system in check. These will continue until injustice no longer exists."

"They will express rage however they see fit. We can't control it. No activist out there can control it," Lemley said.

NewsChannel 5 Investigates asked, "Are you stoking those flames though?"

Lemley said, "I am stoking a fight to change to the system, and that fight will happen when I'm gone."

He said dramatic change has never come from peaceful protests.

NewsChannel 5 Investigates asked, "How does bashing in windows on small businesses help advance this cause?"

Lemley said, "Disenfranchised youth are out in the street right now who do not care about politics, who do not watch the news, who have been victims of this system."

He said those responsible for damage in Nashville were acting out of their own frustration over racial and economic injustice.

Metro Police Chief Steve Anderson has not said if organized groups were responsible for the damage that followed last week's protest.

"They need a scapegoat, and they want to deflect the topic from racism and white supremacy," Lemley said.