Local officials have raised concerns about safety at Cummins Falls in the past. The state is now reviewing policies at the park following the death of a two year old. 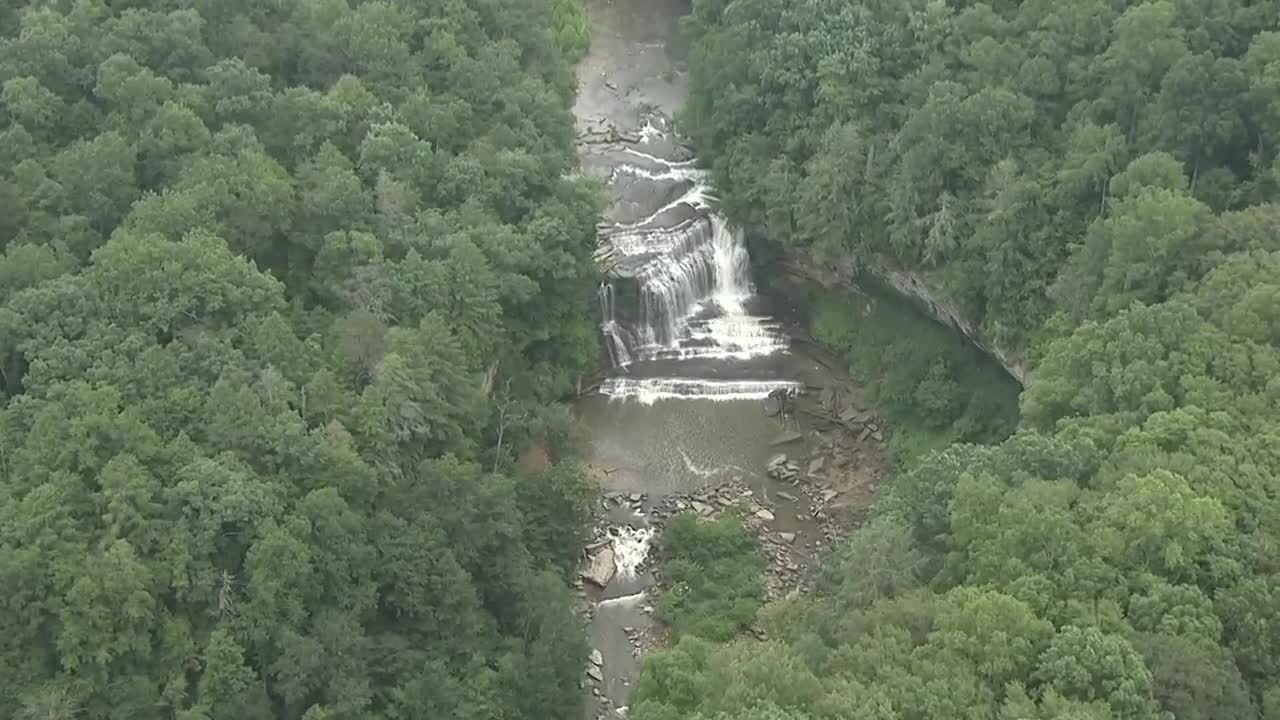 JACKSON COUNTY, Tenn. (WTVF) — The state is evaluating policies at Cummins Falls State Park following the death of a two-year-old in a flash flood on Sunday.

NewsChannel 5 Investigates first raised questions about park safety four years ago when local officials voiced concern about the number of injuries they were seeing.

The 75 foot waterfall is a spectacular setting, but it is not easy to get to the swimming hole.

When someone gets hurt, it is often up to Jackson County to respond first.

Back in 2015, just three years after the park opened, the head of Jackson County's Emergency Management Agency told us his department was concerned with the number of injuries at the falls.

"Some stuff could have been done before it was opened, but I understand the finances weren't there to do the stuff," said Keith Bean in 2015.

A big concern for first responders has been just how hard it is to get injured people out of the park.

In 2015, Francios Moolman told us he thought he might have been paralyzed when he fell on one of the slippery rocks.

"Everybody told me blood was coming out like crazy," Moolman said in the 2015 interview.

The fastest way out of the swimming hole is up a steep, rocky incline.

"All I can do is look up and see everybody's face looking down like struggling to carry me up there and everybody's faces were like 'urgh' and I'm feeling so bad right now," Moolman said.

The only other way out is a nearly one mile hike.

So every time someone gets injured emergency workers ask park visitors to help carry the stretcher.

"I have so much respect and gratefulness for all the people that were there to help me. I can't thank them enough," Moolman said.

The Tennessee Department of Environment and Conservation released a statement today "partnerships with state and local agencies - such as using the Tennessee Highway Patrol's helicopter have contributed to the safe evacuation of visitors."

But the state has only added one park ranger since our 2015 report - for a total of 3 - in one of the Tennessee's busiest parks.

And there is no camera or signal device in the park to help with flash flooding, leaving some to wonder if this spectacular park is safe enough.