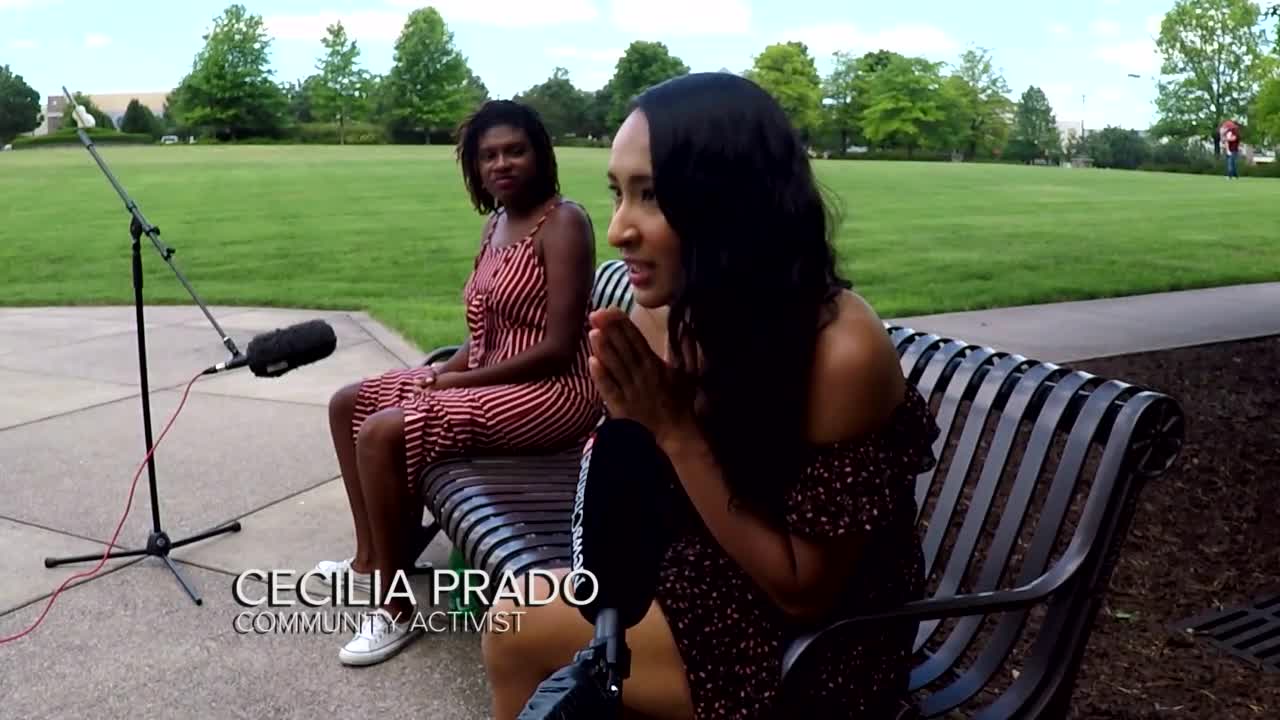 If you really listen to the protesters, that's what they are saying about the criminal justice system as a whole. 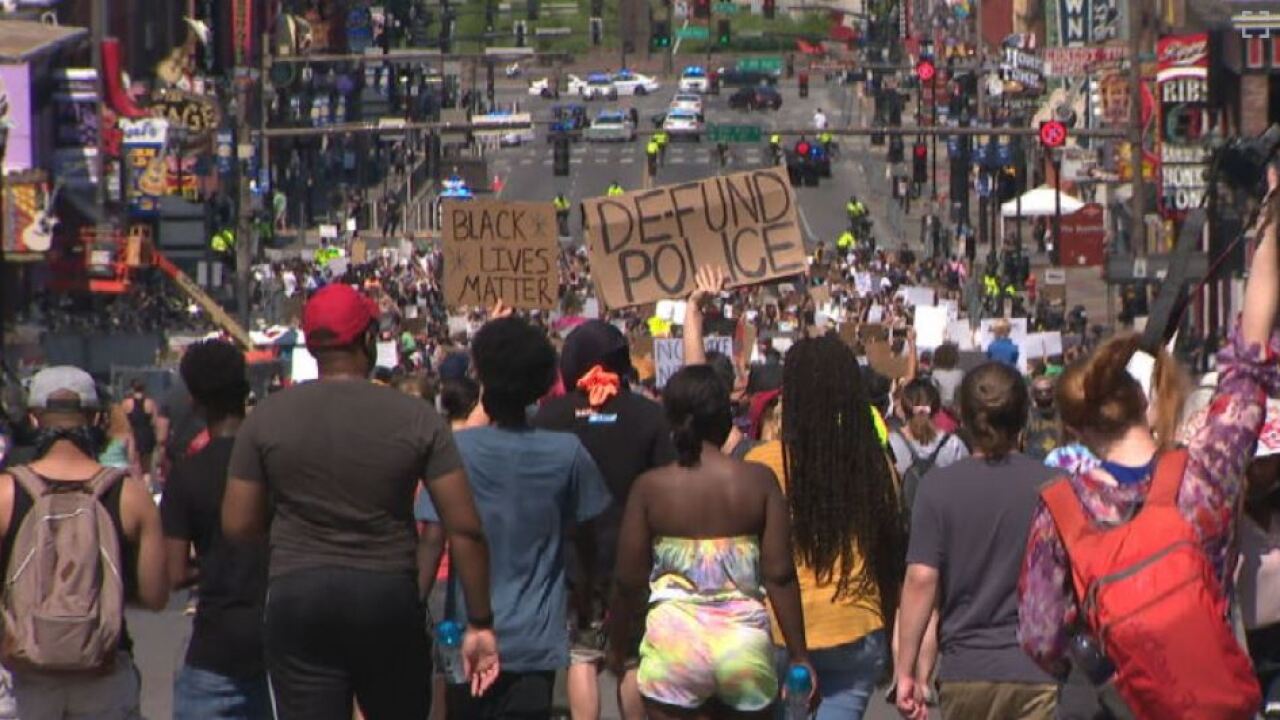 NASHVILLE, Tenn. (WTVF) — For weeks, we've seen the protests in the streets - as people call for a new approach to policing here in Nashville and across the country.

Over the past year, NewsChannel 5 Investigates has taken a hard look at Tennessee's broken juvenile justice system -- a system that, far too often, fails to get to the root causes of crime.

If you really listen to the protesters, that's what they are saying about the criminal justice system as a whole.

"There is no reforming a system and an institution that is rotten to its core," said Erica Perry, a leader with the Nashville People's Budget Coalition, which led the push to defund police.

"So if it feels radical, it is -- because it is about getting to the root of the problem."

People from all walks of life saw the death of George Floyd as an opportunity for a long-overdue conversation.

"What I know to be true is all across this country and across the world, Black people are victimized, are treated violently by the police," Perry said.

It's a conversation that has led to an intense debate over the role of police.

"I want no cops at all, personally, in my personal opinion," Prado answered.

The two women have led the push in Nashville to defund police, prosecutors, jails and prisons, arguing that money should be put to societal concerns that lead to criminal behavior.

"Because we know for certain that when our community are met, when we have fully funded educational systems, that police, police cages and prisons become obsolete," Perry said.

"I think that would make the criminals happy if you pulled the police from the street. Remember, I said they are victim makers. It would be a whole lot more victims out there."

Still, Commander Graves gets the frustration.

The beating of Rodney King was caught on video when Graves was still in high school.

"There are things that have been taking place across the country for decades, and it did not just start with George Floyd."

NewsChannel 5 asked, "So you can understand why people are angry?"

In Nashville, 25-year-old Daniel Hambrick was shot in the back two years ago as he ran from a traffic stop.

Officer Andrew Delke, who's awaiting trial on murder charges, says Hambrick pointed a loaded gun in his direction as he was running away.

For the past year, our NewsChannel 5 investigation of Tennessee's broken juvenile justice system has revealed how repeat offenders continue to victimize innocent people, thanks to a system that repeatedly fails to address the core issues.

Those communities are often devastated by generational poverty and the effects of mass incarceration.

"Oftentimes, people turn to drug dealing because they feel like they don't have a choice," Graves said.

"They are this convicted felon, and people are apprehensive about hiring them. So they feel like, 'Well, I have to make my money somehow. I'm going to sell drugs. That's the one thing that I can do.'"

Graves noted that the people using the drugs are dealing with their own emotional issues.

"The next thing you know, shots get fired back and forth. Innocent people get hit. PTSD is caused, and the police is there in the middle of it trying to do something. But then when you arrest the drug dealer who felt like he didn't have a choice and he had just shot someone, he's a felon and he's not supposed to have a gun.

"Now, he's gone to prison - and now his kid is without a dad. You see how this is a very complex issue."

NewsChannel 5 Investigates noted, "And we are asking police to try to solve society's problems?"

Inside one troubled Nashville neighborhood, NewsChannel 5 saw how that tension plays out as police attempt to get guns off the street, and a group of residents became agitated. Activists say, listen to their pain, and you'll see communities who feel they are being violated.

"So frankly, that's a display of elected officials' values."

NewsChannel 5 asked, "So what happens if you pull police from that neighborhood?"

"What happens if you invest money into the school that's in that neighborhood, I would want to ask," Prado countered.

Groups like Gideon's Army argue that more money should be spent on programs like theirs, building relationships in those communities and using violence interruption techniques to address community needs.

"What we need is more people like us to step up and be those voices in the community and see those changes happening," said Gideon's Army member Chef Mic True.

"We don't need police to be good people."

"Every time we have a shooting, the next day they get a call -- 'We've had a shooting, and this is where it was' -- because I need their help."

NewsChannel 5 Investigates asked, "But they cannot do it on their own?"

"They can't do it on their own either," Graves insisted.

Inside another neighborhood, we watched as the scene quickly turned to chaos as shots rang out and police ran toward the gunfire.

"Some neighborhoods experience that on a regular basis," Graves said.

"Most of the people in that neighborhood are good people, but it's our job to try to find the people who are terrorizing others. That's our job."

That night, officers got two stolen guns off the street and potentially stopped someone from being killed.

NewsChannel 5 asked Graves, "Not having the officers there would mean what?"

"It would probably happen more frequently," the veteran officer answered.

But Perry responded, "The presumption that it would be chaotic if you pulled the police out, I think, is deeply rooted in racism."

We asked, "Should police not chase down the person with the gun?"

"I think that is a community answer," Perry answered. "Community's who live in those neighborhoods should be able to answer those questions."

NewsChannel 5 noted, "By advocating to cut the police budget aren't you essentially making the decision for that neighborhood?"

"We've talked to our communities. We engaged in a survey process," she insisted.

Graves said he hears from community members all the time demanding more officers in their neighborhoods.

Still, the police commander agrees that protesters do have legitimate points about the need for the city to put more money into addressing the core issues that drive violence in the community.

Graves said that, in response to criticisms from Gideon's Army a few years back, officers have already dramatically cut the number of traffic stops they make. Technology, he said, could help police reduce their profiles using license plate readers to automatically search for stolen cars and gunshot detectors to help them zero-in on violent crimes.

"The self-policing aspect in your neighborhood will help, honestly, just as much as police being there," Graves added.

NewsChannel 5 noted, "You would love to have a trained counselor respond to domestic violence situations."

But Graves says repairing generations-old societal problems will take years, which is why he fears what might happen if police surrender the streets.

"Take money from us? No. Find funding for others? Yes, I can see that."