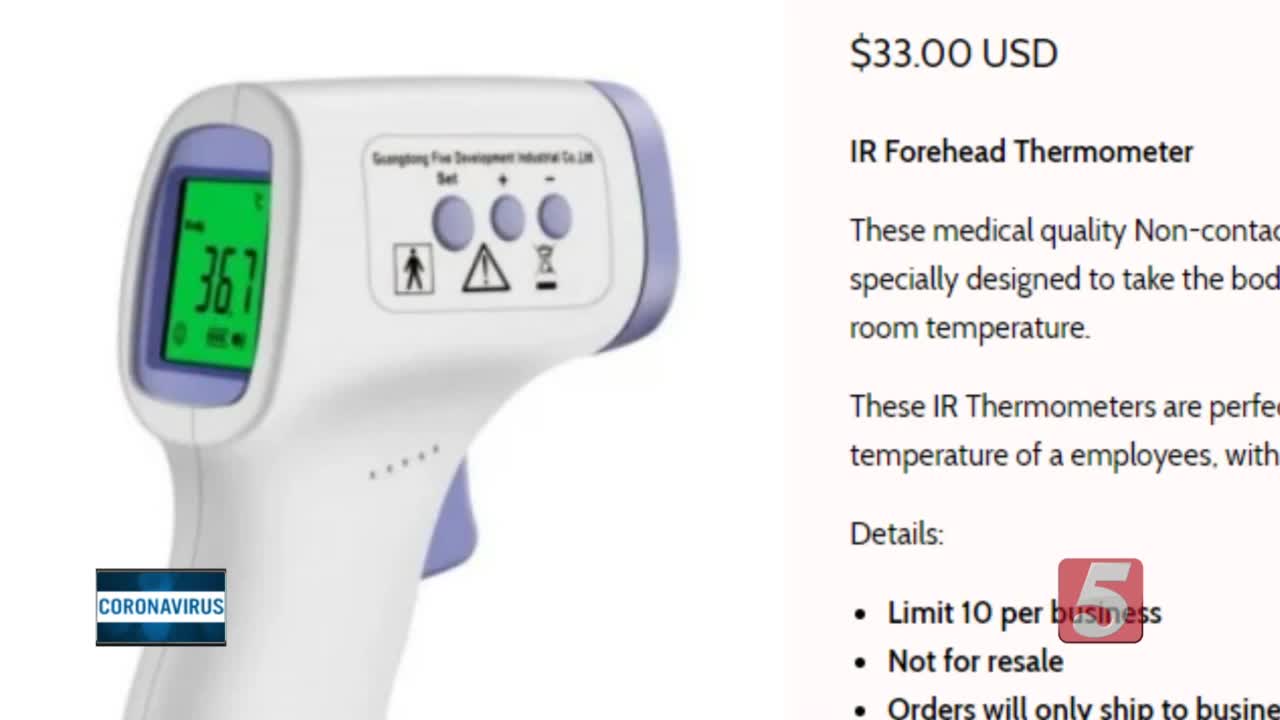 Governor Lee announces partnership with New Jersey businessman to sell thermometers in Tennessee so businesses can screen customers. Joel Weinshanker heads up Elvis Presley Enterprises which runs Graceland, but he also has several other companies and is using one of them to sell thermometers. 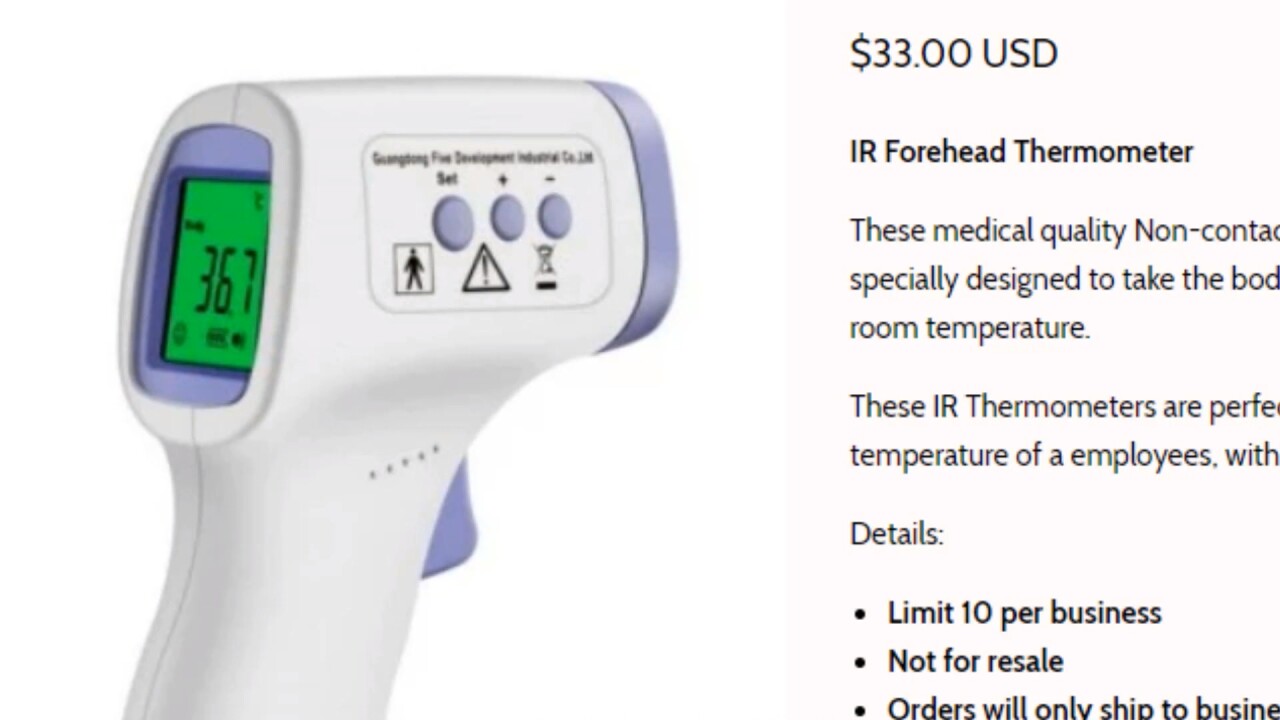 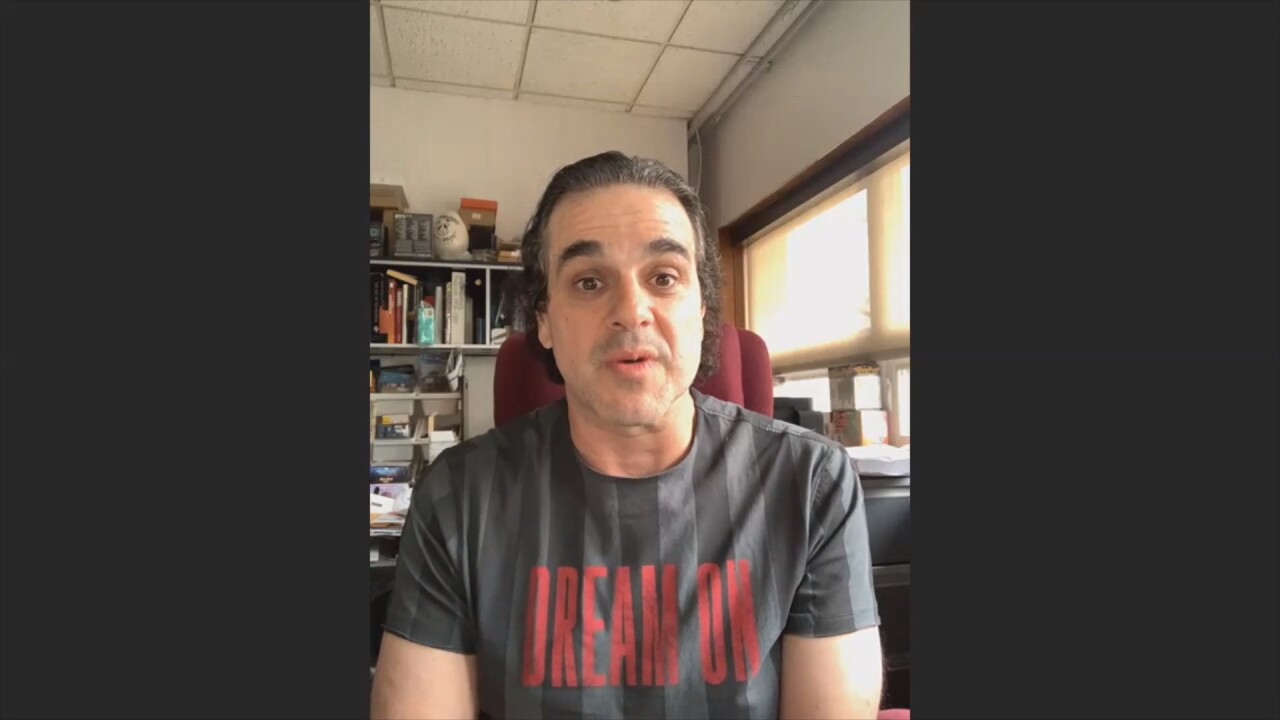 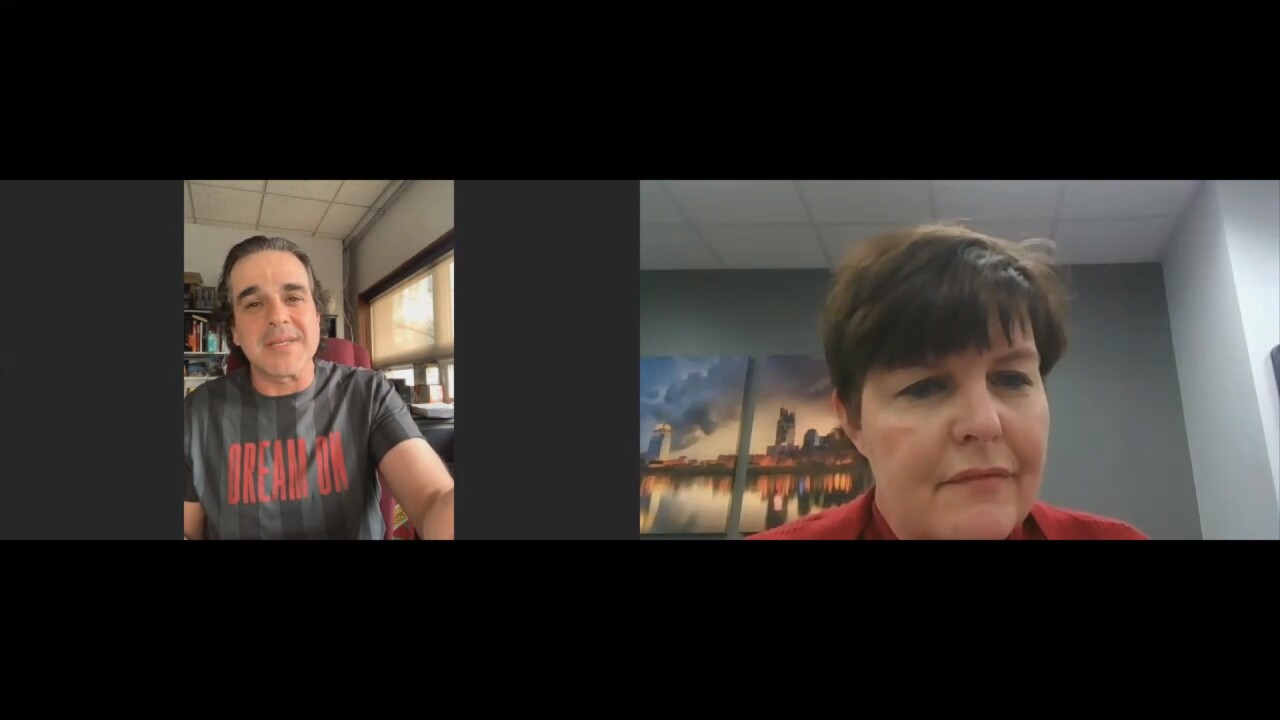 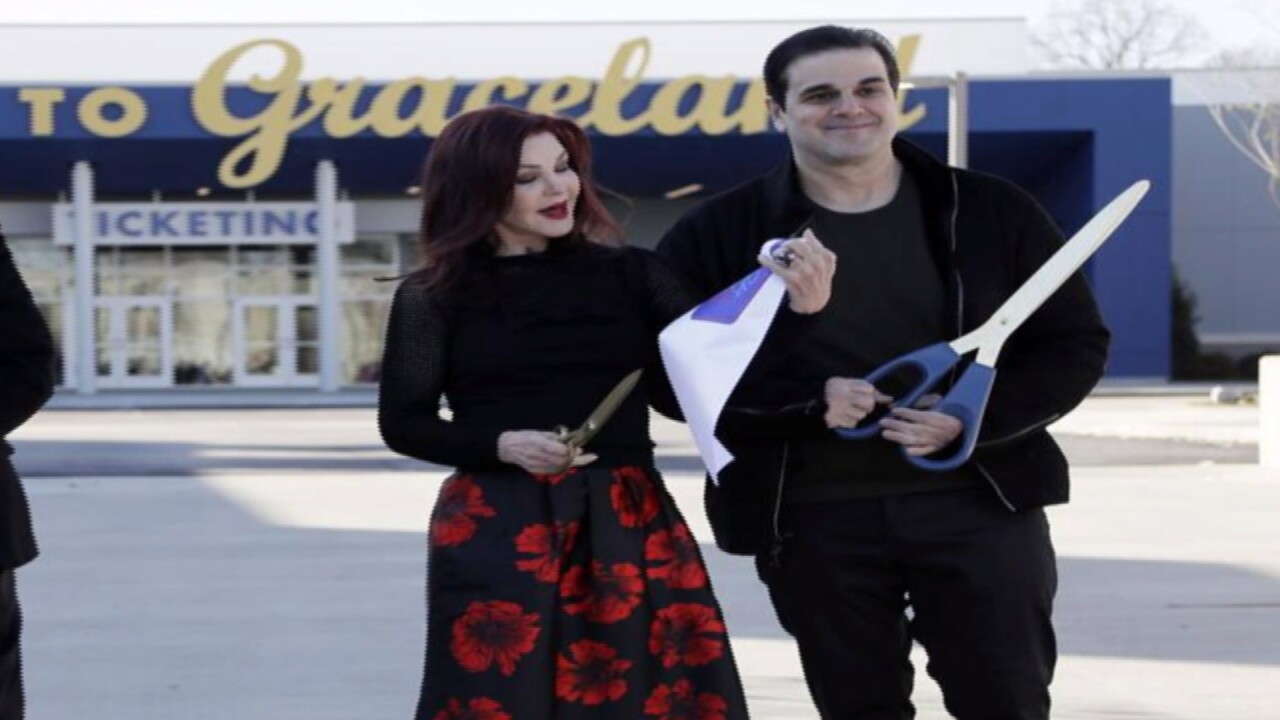 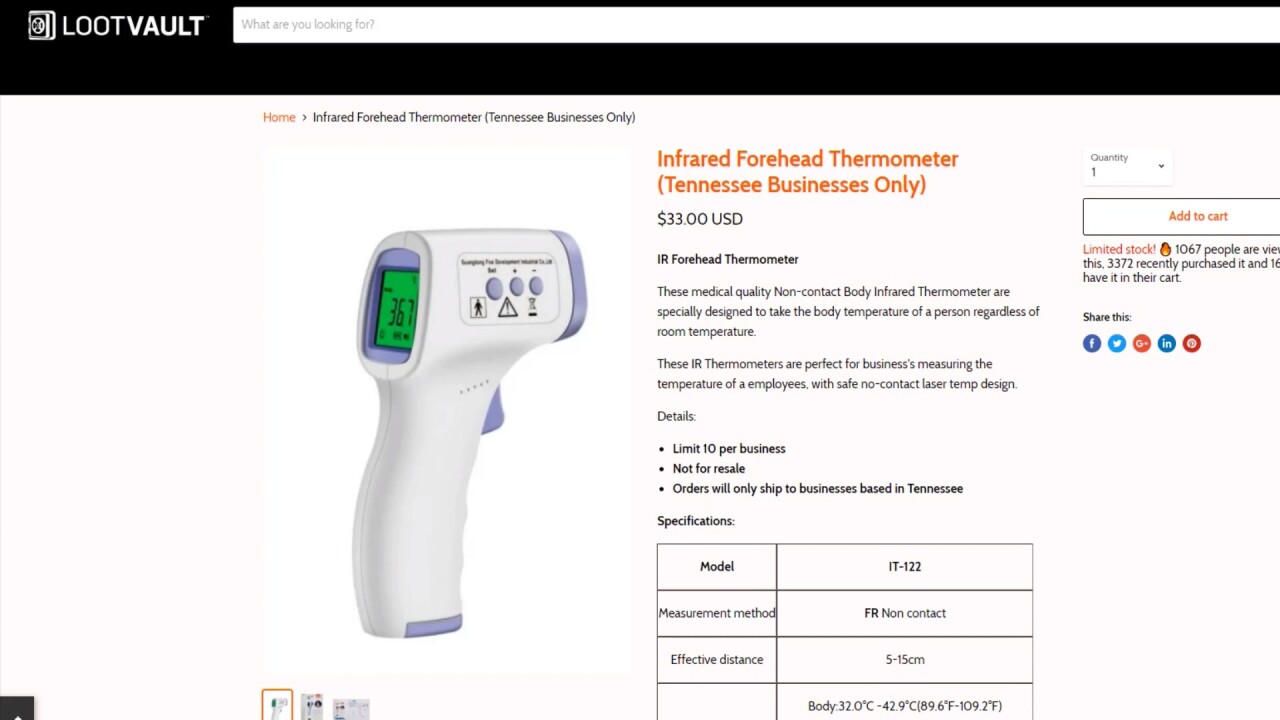 NASHVILLE, Tenn. (WTVF) — Tennessee Gov. Bill Lee says he is anxious to start reopening businesses and he wants them to be prepared.

He's just announced a partnership with a New Jersey based entrepreneur to sell thermometers to Tennessee business owners so they can check the temperatures of customers before allowing them in.

But some have expressed concern about that company, so NewsChannel 5 Investigates looked into it and talked with the man behind the company who has some interesting ties to Tennessee.

But how about Elvis Presley and Graceland?

Weinshanker is the man in charge at Elvis Presley Enterprises which runs Graceland.

But he's also got a number of other companies -- and now he is using one of them to sell thermometers in Tennessee with some help from Gov. Lee.

"Our Economic Recovery Group has secured a special pricing on no-touch thermometers for those businesses that will be using these thermometers," Lee announced during his daily briefing Tuesday.

"Tennessee business owners will have the ability to order through Friday at 4pm or until the supplies run out. They're limited to ten per business at TNPledge.com," the governor added.

Lee made the pitch for the thermometers and then directed people to the state's website to buy them.

Once there, if you click to order, you wind up at another site called Loot Crate.com.

"Thousands of people went to the website 10 seconds after the governor announced it," Weinshanker told NewsChannel 5 Investigates during a Zoom interview from New Jersey.

Weinshanker is the man behind the deal on Loot Crate, and he said that less than 24 hours after the governor's mention, the site had already sold some 10,000 thermometers for $33 a piece plus $10 shipping.

Weinshanker maintained he's not making any money on this.

In fact, he claimed he's losing at least a dollar on every sale.

"The only reason we're doing this is because we love Tennessee so much. And we're doing what's best for the state," he explained.

Weinshanker may best be known as the man behind Graceland.

But some viewers have expressed concern to NewsChannel 5 Investigates about buying thermometers off the Lootcrate site, which specializes in selling comic and gaming merchandise and has hundreds of complaints with the Better Business Bureau.

Weinshanker said Lootcrate has nothing to do with the thermometers.

He said he bought the company last fall after it filed for bankruptcy, and the site simply gives him a way to put thermometers in the hands of Tennessee business owners.

"People who have the ability to help, have the obligation to help," he said.

During his announcement Tuesday, the governor said the website would be selling the thermometers through Friday at 4pm or until supplies ran out. And while they've already sold the allotted 10,000, Weinshanker said he's working with the factories to get more.

An important note, the thermometers are made in China and have to be shipped here which will likely take close to three weeks. And that could be a problem for businesses that are reopening now and being asked by the governor to start screening customers now.