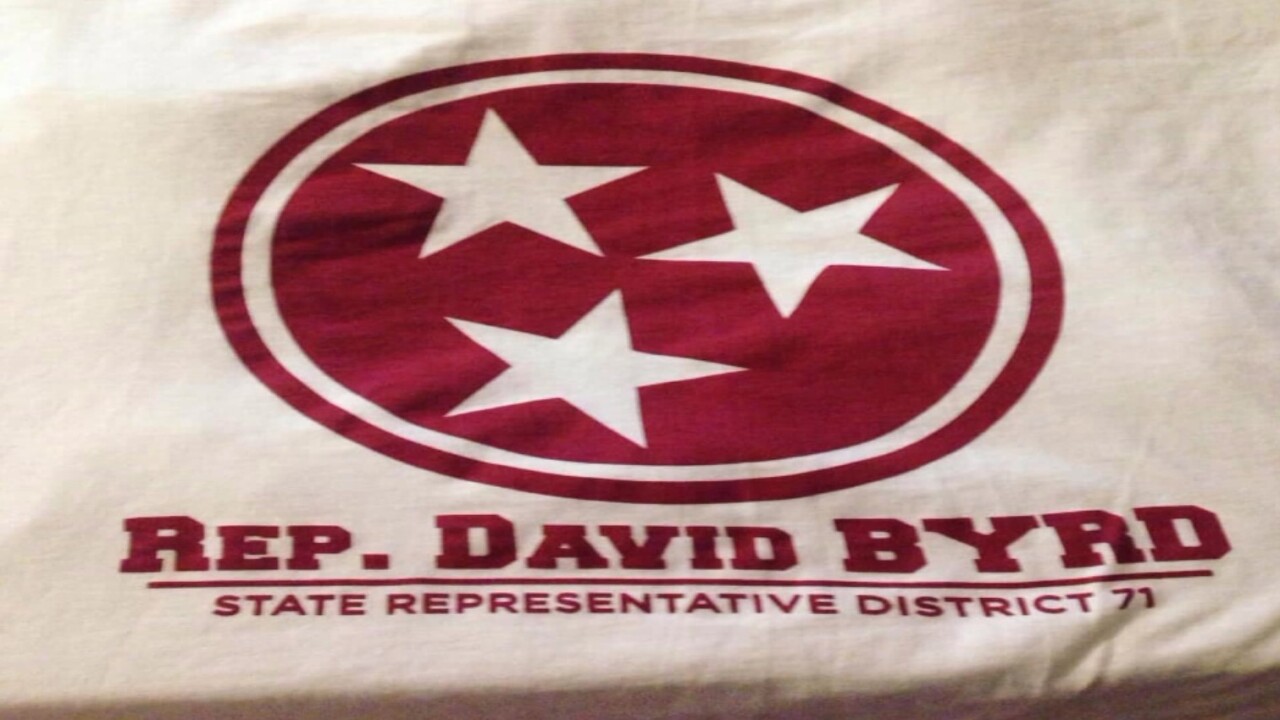 NASHVILLE, Tenn. (WTVF) — The sexual assault controversy surrounding a Midstate lawmaker has hit close to home for some families in his district.

The Waynesboro Republican has never denied the charges.

Thursday, T-shirts were handed out to seniors at Hardin County High School with Byrd's name stripped across the front.

Parent Kristina Richardson, who has been active a group that has called for Byrd to resign, was outraged.

"The level of inappropriateness is shocking," Richardson told NewsChannel 5 Investigates.

"They know about it now. Everyone knows about it. I feel like, by David Byrd giving those to the school, at this point he's rubbing everyone's face in it."

She also faulted the school system.

"Showing the kids at the high school that a man in power can do whatever he wants without any repercussions whatsoever and no accountability is not the kind of message we want to be sending to the seniors that are graduating," Richardson added.

The director of schools, Michael Davis, told NewsChannel 5 Investigates that students were not required to take the shirts.

In speaking to the principal of of our school on this matter a little bit ago, he advised me the shirts were placed on a table and students had the option to get one if they wanted one," Davis said in an email.

"After further discussion with our principal, we will no longer allow this as an option moving forward."