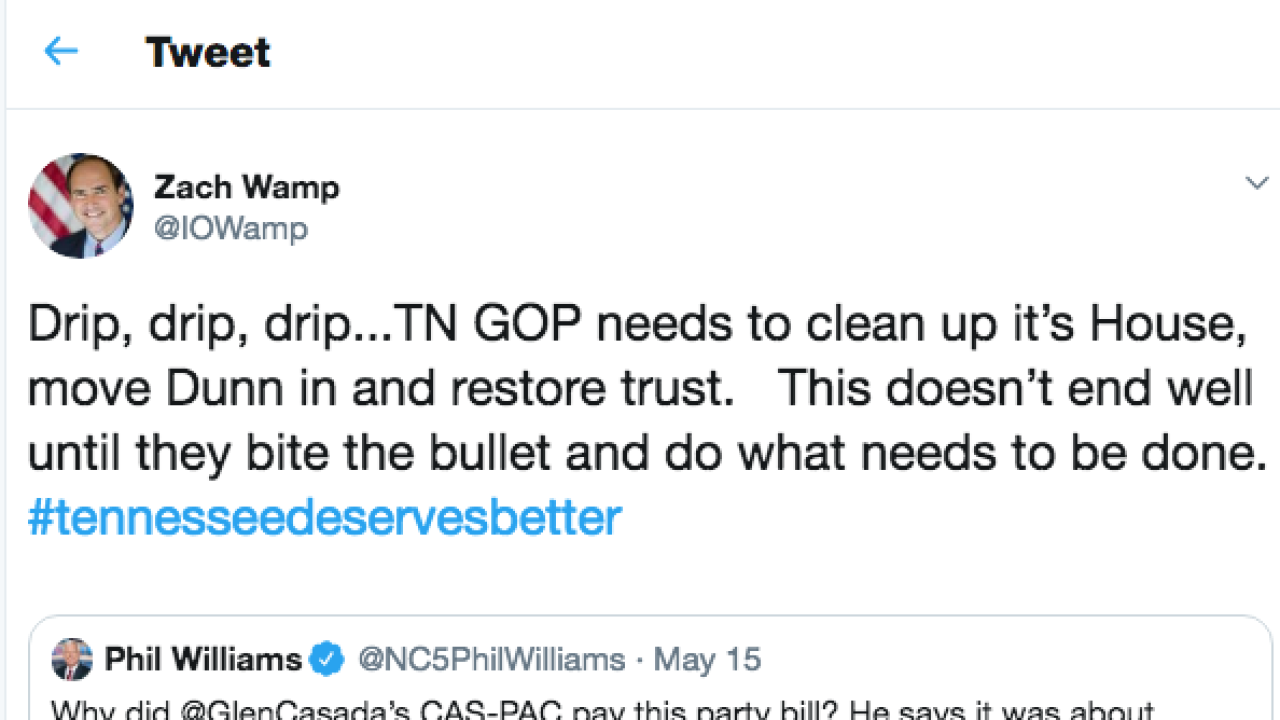 NASHVILLE, Tenn. (WTVF) — A former Tennessee congressman and a former governor are the latest prominent Republicans to call for House Speaker Glen Casada to resign.

Zach Wamp, who served 16 years in Congress and ran for the Republican nomination for governor in 2010, retweeted a recent NewsChannel 5 investigation regarding Casada's use of campaign funds.

"This doesn't end well until they bite the bullet and do what needs to be done," Wamp added.

He ended with the hashtag "#TennesseeDeservesBetter."'

Drip, drip, drip...TN GOP needs to clean up it’s House, move Dunn in and restore trust. This doesn’t end well until they bite the bullet and do what needs to be done. #tennesseedeservesbetter https://t.co/FkGtb7x0Ww

Wamp, who now runs a consulting business, is active in the group Issue One, a bipartisan group that aims to fix our political system by increasing transparency, strengthening ethics law and reducing the influence of big money in politics.

Earlier in the day, Casada lost the support of former Gov. Bill Haslam.

"I think Glen has to ask himself, is remaining in position as Speaker the best thing for the state," Haslam told reporters.

"It's hard for me to see how that would be true."

The Tennessee House Republican Caucus is scheduled to meet next week to vote on whether it still has confidence in the Williamson County Republican. The caucus vote, however, would not be binding.