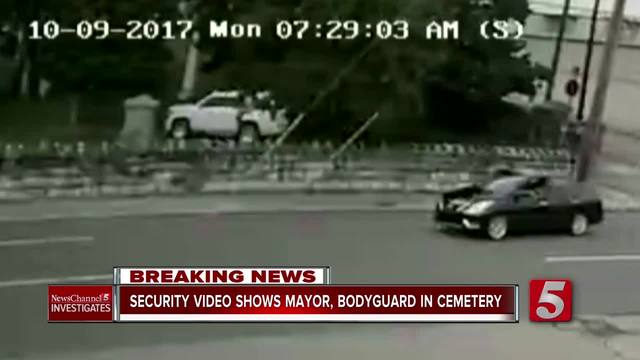 Mayor Megan Barry found time alone with her police bodyguard during early morning visits to the Nashville City Cemetery, security video uncovered by NewsChannel 5 Investigates shows. And in every case, taxpayers were paying Sgt. Rob Forrest to be there, payroll records show. At the time, Forrest was having an affair with Barry. 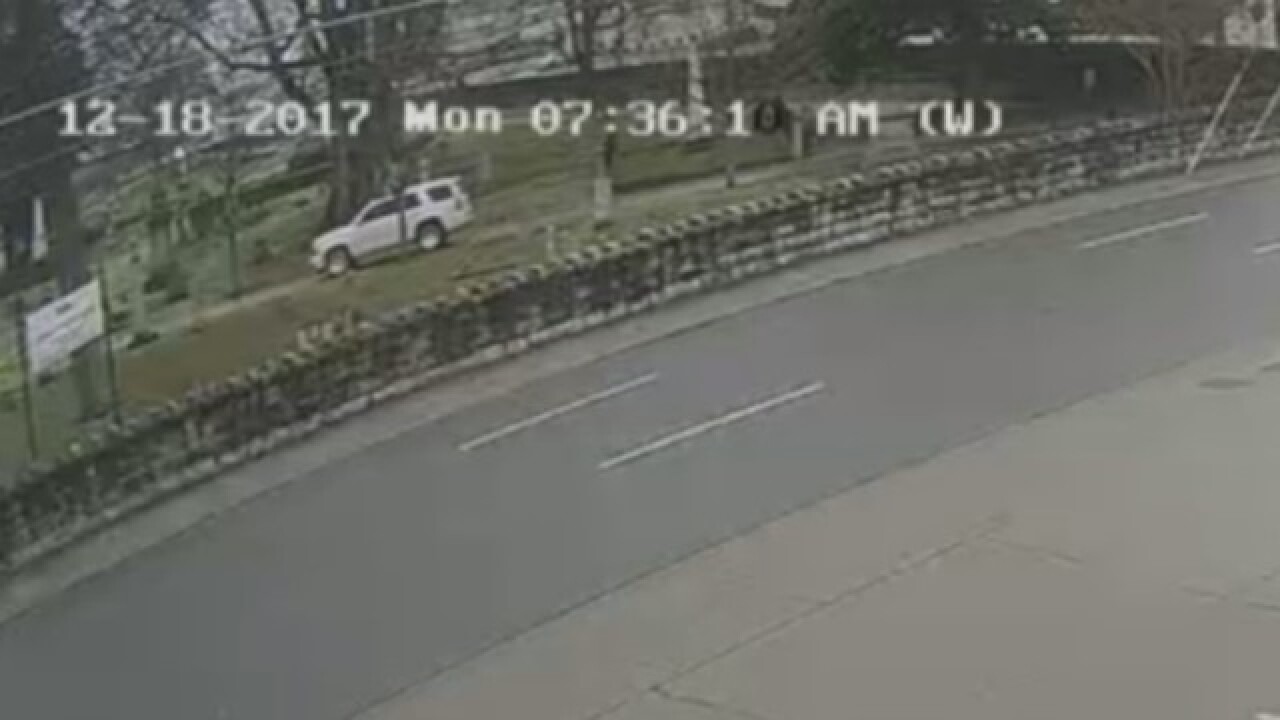 And in every case, taxpayers were paying Sgt. Rob Forrest to be there, payroll records show. At the time, Forrest was having an affair with Barry.

Ever since the mayor's admission of a two-year affair with her police bodyguard, she has adamantly defended the overtime paid to Forrest, insisting that every hour billed to taxpayers was legitimate.

NewsChannel 5 Investigates asked Barry, "Was he getting paid ... at any point when you all were having your personal time?"

"No," the mayor insisted.

Yet, the rumors persisted, including on a call-in show on NewsChannel 5+.

"I know for a fact there were several meetings with her with this guy in the city cemetery just about every morning," one caller suggested.

The City Cemetery is the oldest public cemetery in Nashville.

And other sources told similar stories about the white SUV used by Forrest to drive the mayor being spotted there in the early morning hours.

When we pulled security video from neighboring businesses, we spotted it -- at 7:29 a.m. on a day in October.

The Tuesday before Thanksgiving, it arrived at 7:22 a.m.

And the Monday after the long holiday weekend, they were back at 7:21 a.m.

In the security video, you can clearly see the mayor's SUV coming down the main drive.

But, instead of stopping at the parking lot at the main building, they turn right. Then, the mayor and her police bodyguard head off to the back side of the cemetery alone.

And the security video shows the pair left on one occasion after just 12 minutes.

So what were they doing there?

The mayor's spokesperson, Sean Braisted, said Barry "finds it to be a peaceful place to start her day."

He added, "Sometimes she would go for a walk, other times she would sit in the car and either reflect, make calls, catch up on emails, or report issues with vandalism in the cemetery."

Braisted provided a photo of a tomb that had been partially disturbed that, he said, Barry had provided to city officials.

Metro Council member Steve Glover said his only concern for the taxpayers.

"What is relevant is if the taxpayers are paying for an officer who should not be drawing overtime for frivolous things, and I'm going to call them frivolous," Glover said.

In every case documented by NewsChannel 5 Investigates, payroll records show Forrest was on the clock.

And in all but one case, he ended up charging taxpayers later that day for overtime -- sometimes late into the night.

Glover questioned why Forrest couldn't have split the work with other officers assigned to the mayor's security detail -- so that no one had to work overtime.

"That makes no sense to me," Glover said. "That says to me the taxpayers are getting cheated if overtime is being accrued here in Nashville when there is more than one officer that's available for that security detail."

As for the trips to the cemetery, the mayor's spokesperson says Barry views it as a "sacred place" where Barry intends to be buried.

And when it came to the visits there with the officer with whom she was having an affair, the spokesperson insists: "nothing inappropriate ever occurred while there."

The mayor's spokesperson also defended the frequent visits to the cemetery with Sergeant Forrest by invoking the memory of Barry's late son, Max -- even offering us a fresh photo of mother and son.

He said the mayor plans to bury Max's ashes at her side when the time comes.

Still, it's important to note that her son is not currently interred at City Cemetery.