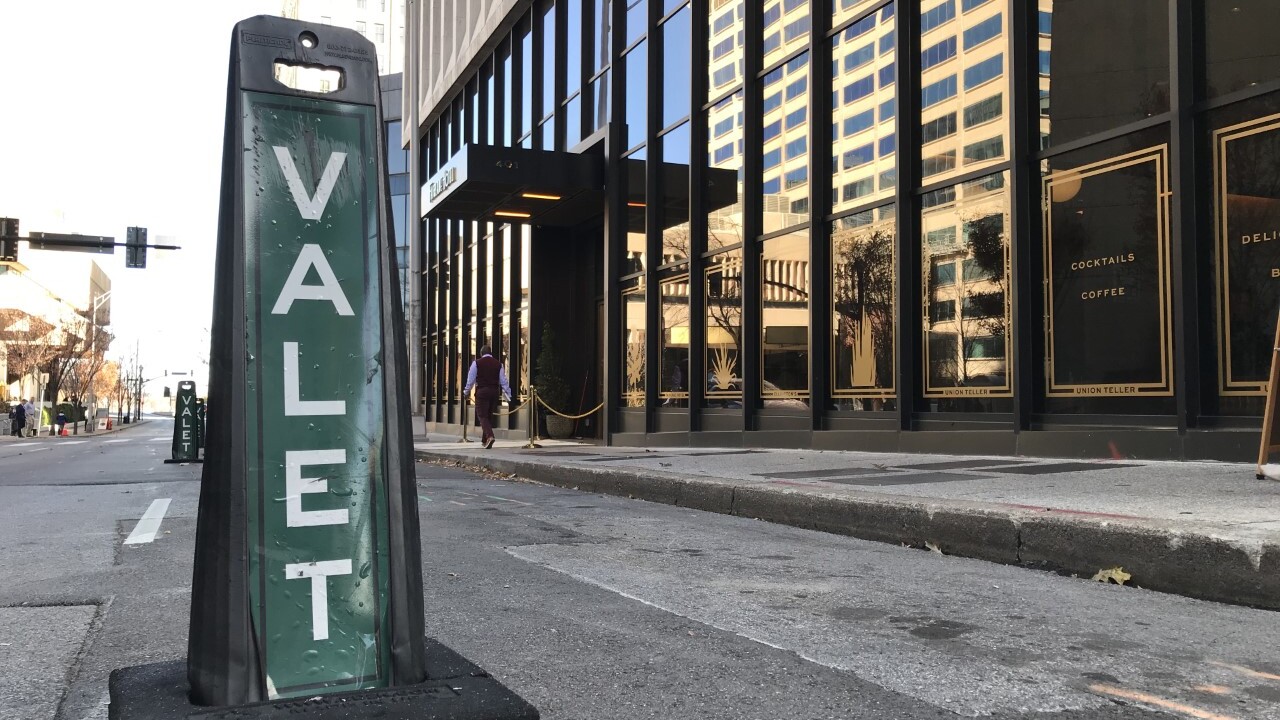 NASHVILLE, Tenn. (WTVF) — A commissioner on the Traffic and Parking Commission is calling a NewsChannel 5 investigation into valet parking zones "eye opening and frustrating."

Nora Kern said she was surprised to learn that the city is not charging valet parking operators for lost revenue when the city removes parking meters to put in valet parking zones.

As we first reported , the city only charges valet parking operators a $50 annual fee for each valet zone despite a law passed by the Metro Council years ago that requires the city to collect "revenue lost annually for each required metered space."

Our investigation found Metro only receives $400 in fees after removing at least 19 parking meters near 8 downtown hotels for valet parking zones, even though they could have brought in as much as $117,000 a year.

Kern, who was appointed to the Commission in 2016 by Mayor Barry, said she was led to believe the city was being reimbursed for lost meter revenue by valet parking operators. But we found three boutique hotels on 4th Avenue -- The Bobby, The Dream and The Noelle -- each have valet stands where parking meters once stood.

Diane Marshall who oversees the city's parking meter program for Public Works said the department removed five meters on 4th Avenue to put in valet zones in front of those hotels.

"We did remove those parking meters to accommodate these three valet locations," Marshall said in an interview last month.

NewsChannel 5 Investigates asked, "Are you collecting lost revenue there?"

Marshall responded, "No, because there's no meters there." Those five meters could have made the city more than $30,000, but now that they are gone the city earns just $150 in valet parking fees.

NewsChannel 5 Investigates asked, "As I read this ordinance, it says you are supposed to collect the lost revenue."

Marshall responded, "If the meters no longer exist there is no revenue to be collected."

Marshall told us her department has interpreted the law to mean once a meter is removed for a valet stand there is no longer any revenue to count on. But Kern says that is at odds with the way she reads the law.

"It's definitely frustrating that it seems not be happening the way that I understood it to be happening," Kern said. "Fifty dollars does not seem like enough. Knowing that are not even recovering anything beyond that when we are giving up a meter, is eye opening and worrying for sure."

Kern is even more concerned because she has raised questions about the growing number of valet zones downtown in past meetings. Last month she asked a direct question about what it costs valet operators to get a permit. When Metro officials told her valet operators paid a $50 fee, she asked, "Could that cost also include the value of the space to the city?"

A Metro attorney at the Parking Commission responded, "It already does because it requires them to add in the lost revenue from the meter that is being taken over."

We showed Kern her question and that response. "When I heard that answer I thought, 'well at least we are getting the same amount of money as we would otherwise with a metered space.'" Now she knows that is not true.

"That's definitely frustrating and I'm a little confused because that was my understanding of how the law was written," Kern said.

"It's definitely tough as a commissioner because I think we really don't have enough information often to make these decisions, so we rely on staff to make recommendations to us," Kern said.

NewsChannel 5 Investigates asked Diane Marshall about her interpretation of the law in our interview last month, "Do you think you've made the right call here?"

Marshall responded, "Like I've stated, I think we need to go back and review this and get a legal interpretation on it."

The Traffic and Parking Commissioners recently asked for a review of all valet parking fees. Metro Public Works says they are now asking for a legal opinion to determine if it has been undercharging valet operators.